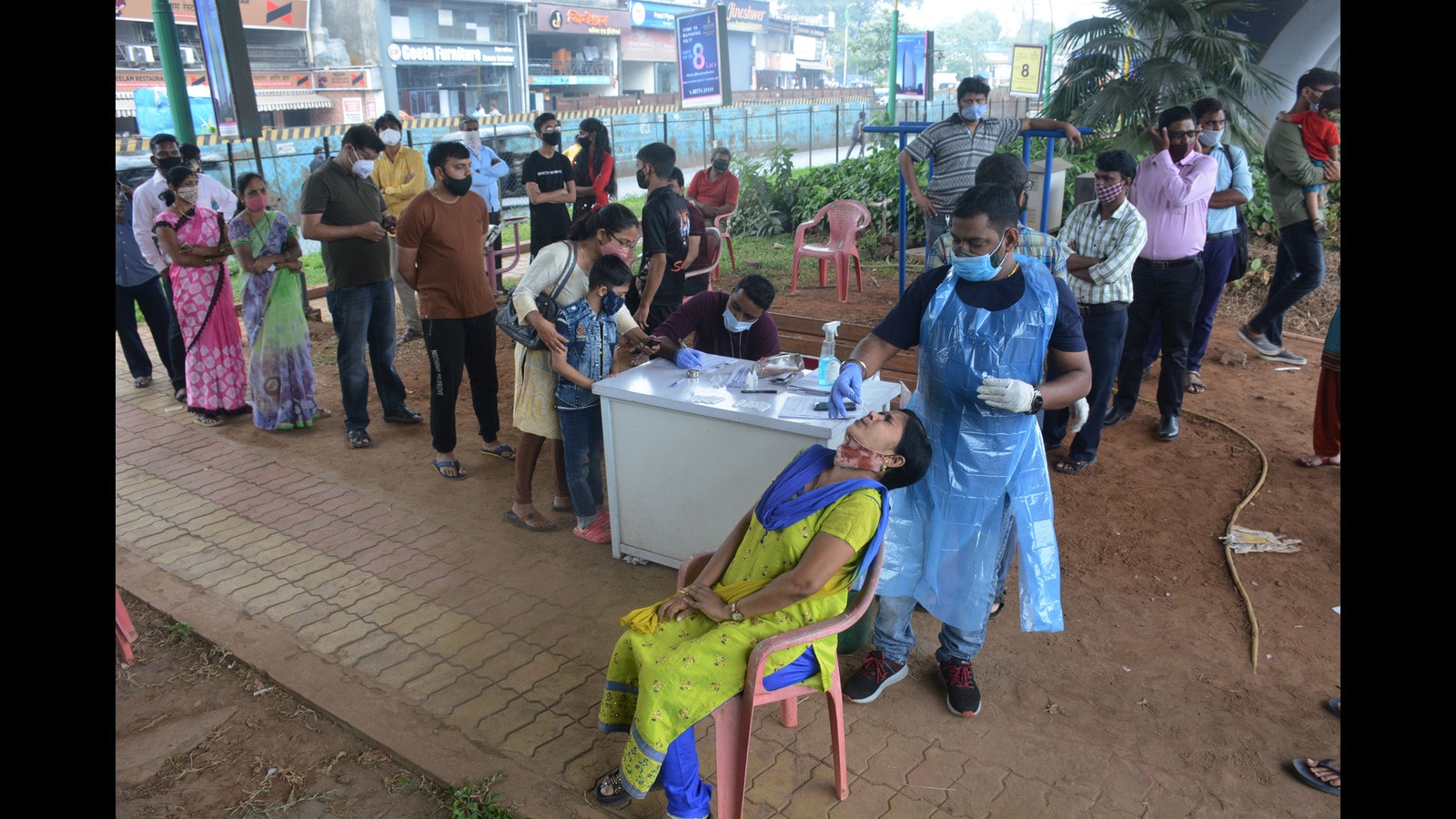 Of the 20,703 active cases, only 968 are recorded while 19,735 people are in domestic isolation. The Ombudsmen have alleged that more than 50% of those admitted, especially those on oxygen and intensive care beds, have not yet received a single dose of the Covid vaccination, while the rest are seniors or people with comorbidities.

Thane Municipal Corporation (TMC) has two dedicated Covid (DCH) hospitals in the city – Parking Plaza and Voltas Company – with a capacity of 3,697 beds. Around 19% of these beds are currently occupied.

The four Dedicated Covid Health Centers (DCHC) have 810 beds, of which 32.6% are occupied, 15.9% of the intensive care beds are occupied, 12.8% ventilation beds and 6.3% oxygen beds are also occupied.

The need for hospitalization is lower in the third wave compared to the first and second waves, as most of the vaccinated population have mild symptoms and can be isolated at home. However, according to the health department, most people admitted to intensive care units or those admitted to oxygenation are not vaccinated.

An official said: “According to the latest bed status, it can be seen that the admission of mild cases to Covid care centers has increased. An increase of 17% can be seen in these recordings. In comparison, there is an increase of 3% for oxygen beds, 5.4% for DCHs, 7.2% for ventilation beds and 8.2% for intensive care beds. “

TMC has so far vaccinated around 25.36 lakh beneficiaries, of whom 14.40 lakh took the first dose and 10.95 lakh the second. More than two lakhs people in town still haven’t taken a single dose of vaccine.

Dr. Santosh Kadam, President of IMA, Thane, said, “Most of the people who were vaccinated, including doctors and nurses, tested positive in the third wave. The only relief, however, is that the infection is mild and there is less chance of complications. There are currently few patients in Thane who are fully vaccinated and critical. Most of them in intensive care or on ventilator support are the ones who are not vaccinated. “

Meanwhile, TMC has stepped up action against people who do not wear masks in public places, including near Thane train station. Citizens also use loudspeakers to remind people to wear masks in market areas. In the past five days, the company has fined 150 people in this market for not wearing masks and fined. cashed Yes75,000 of them. An official from Naupada Kopri Municipality said, “We have also sealed five stores for violating the Covid protocols and fined Yes5,000 were collected from each shop and they were allowed to open. “