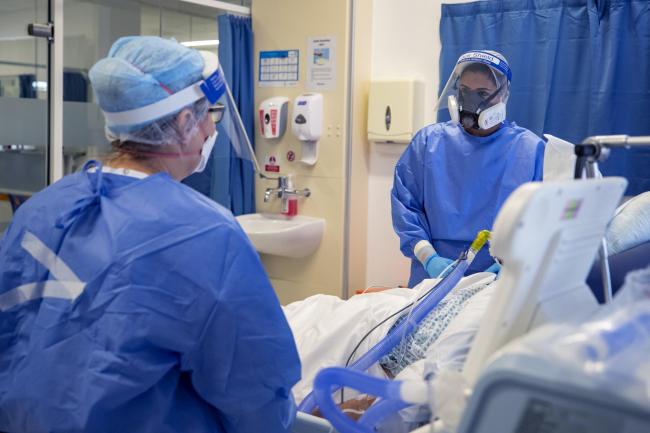 THE executive director of Dorset University Hospitals says she is upset and frustrated with unvaccinated Covid patients occupying valuable intensive care beds in Poole and Bournemouth.

Debbie Fleming told the Echo, “We must keep trying to educate those who are misinformed about not getting vaccinated. People need to understand the consequences of their choice for others, perhaps even their own family members.”

By Thursday, 16 intensive care beds had been occupied by Covid patients at the two locations, most of which were not stung.

Ms. Fleming said, “I find it annoying and frustrating that you made this decision. It has a huge impact on all of our services. I wish people would ponder this and the health needs of others, sometimes very serious needs, including heart disease “and cancer treatment.”

She added, “I urge people to get a vaccine. This problem is a real concern. ”

A&E at the Royal Bournemouth Hospital

Nevertheless, all patients, vaccinated or not, are optimally cared for, she emphasized.

Ms. Fleming spoke a day after UHD, which operates the hospitals in Bournemouth, Poole and Christchurch, became the last hospital trust in England to suffer due to a range of pressures including staff shortages, lack of bed capacity, patient numbers and rising Covid infections.

The status of the critical incident was withdrawn later on Thursday afternoon.

But there are currently an incredible 200 beds that are occupied by patients who are capable of medical discharge, but who have nowhere to go in the crisis-ridden social system.

That’s a third more than the 150 just before Christmas.

The status of a critical incident means that the hospital is managed via a central management and control system.

There could be several such declarations at UHD in the coming weeks as hospitals work off the surge.

Hospital bosses look at the spike in demand, which arrives in the middle of the month.

Ms. Fleming added, “People shouldn’t be frightened by the term critical incident. It is a confirmation that we are unable to maintain the usual level of service. Where we are now is more than normal. ”

However, she stressed that despite the cancellation of some routine operations, the hospitals were still maintaining most of the emergency services.

And she appealed to frustrated patients to be kind and polite to staff who were under high pressure.

“We don’t want people to be angry and aggressive,” she said. “I am very proud of the employees and everything that they do.”

Some administrative staff, including those in IT and finance, are already volunteering on common frontline tasks like answering phones, moving beds, and delivering meals.

“We don’t think we’ve seen the worst yet, but we’re preparing for it and hoping for the best at the same time.”