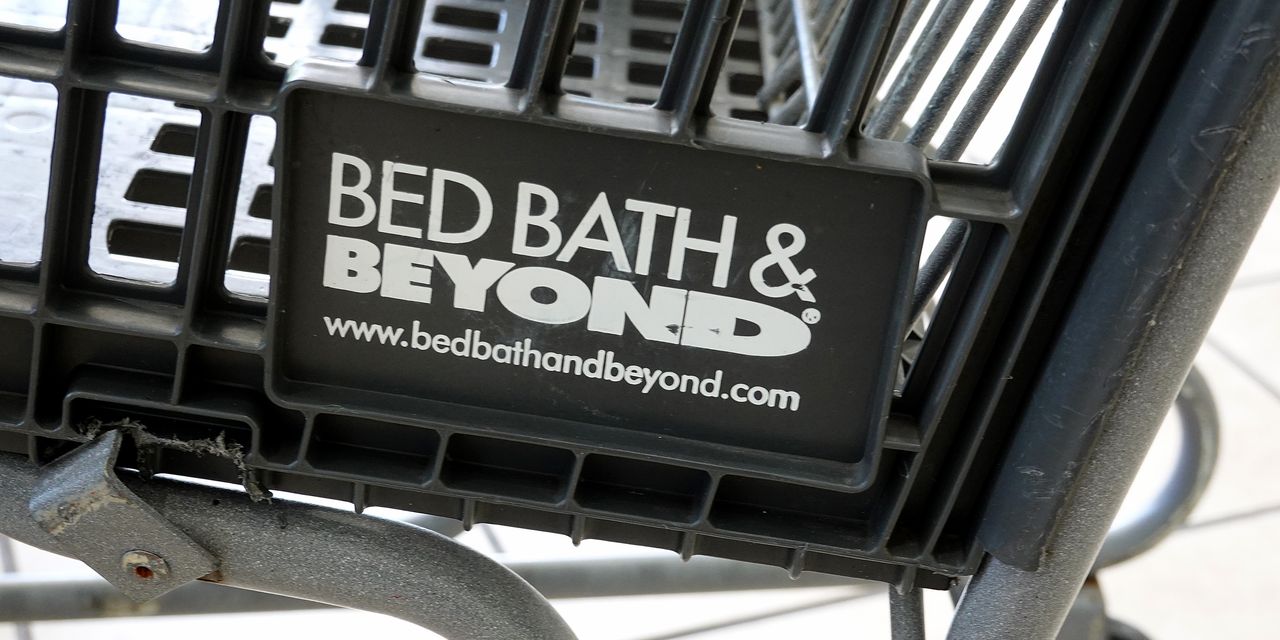 is falling on Thursday, following reports that it’s secured fresh financing as worries about its balance sheet swirl. It would be a much needed Band-Aid for the meme stock, even as challenges remain.

The move comes as investors have grown wary of Bed Bath’s financial health, and although the shares are off 8% to $9.53 on the news, that is only after it jumped double digits on hopes it would get a cash infusion.

The meme frenzy, which has sent the stock soaring nearly 90% in the past month, made the company’s decision to spend lavishly on stock buybacks somewhat less questionable, although the stock has since fallen back from last week’s peak.

Creditors haven’t been as quick to dismiss the company’s woes. According to data from electronic bond trading firm

(MKTX), Bed Bath’s issue maturing in 2044 was one of the highest traded high yield bonds on the market at the end of last week. While not as elevated as July readings, the spread on the bond was the second highest reading going back to the start of 2021, when the meme trade first took off.

Not surprisingly, the spread has moved largely inversely to the stock price. In other words, the more Bed Bath falls, it looks riskier for the company’s ability to pay back its debt, and so investors demand a higher yield to hold its credit.

Nonetheless, the news that it’s secured fresh financing is welcome in the sense that Bed Bath needs cash on hand. The interim Chief Executive Officer, Sue Gove, has her work cut out for her as she looks to salvage the company’s turnaround, as its push toward a larger private label portfolio and streamlined distribution didn’t gain much traction in recent years.

Moreover, any new strategy must take into account the fact that many consumers have turned away from home goods lately, given that they made such major purchases during the pandemic. There’s also high inflation curtailing discretionary budgets, and a cooling housing market to consider. Simply put, pulling off a comeback is a tall order, and one that would be much harder without cash available.

If the company hadn’t been able to get a new loan, it could have been forced to step up efforts to sell its buybuy Baby division, a move activists previously pushed for. Although analysts have argued about the value of the asset, few would have wanted to see Bed Bath sell it during a time of distress.

Ultimately however, Bed Bath’s status as a meme darling means that investors will be hard pressed to connect changes to its fundamentals and balance sheet to the stock’s trajectory.