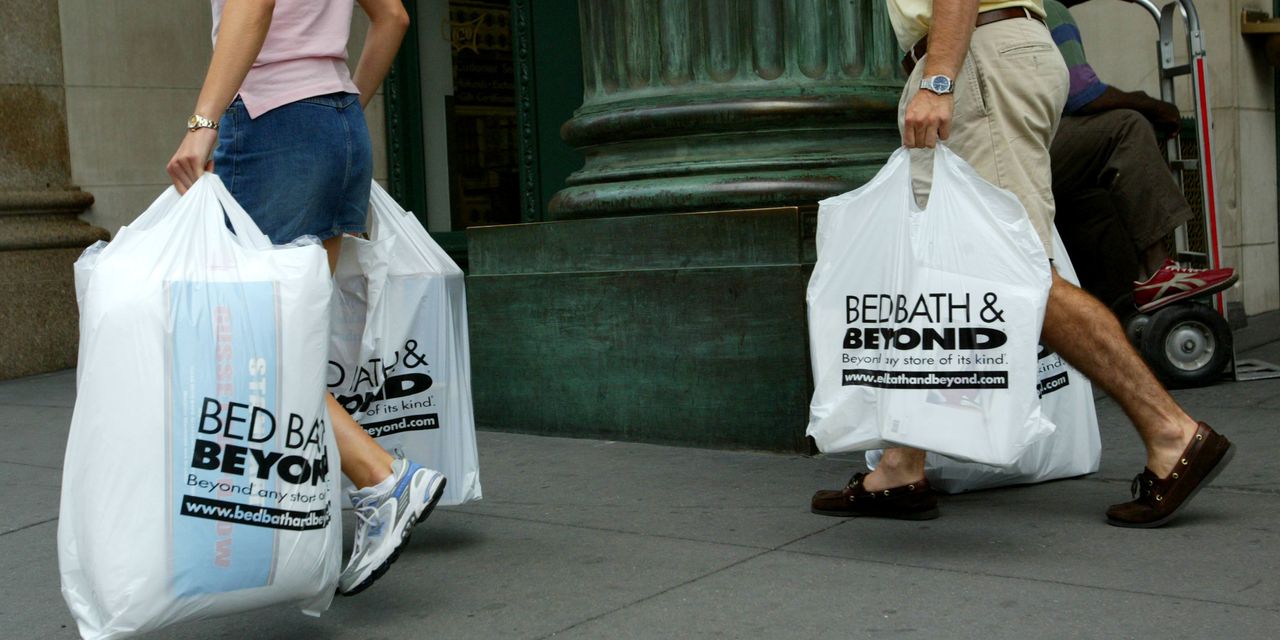 Wedbush analysts contradicted RC Ventures’ assessment of the value of Bed Bath & Beyond Inc.’s Baby business in a Monday note, saying Buybuybaby could be worth more than $1 billion, but not the “multiple” billions that Ryan Cohen claimed in a letter sent to the home goods retailer.

shares soared 29% in Monday trading, but pared earlier gains of as much as 86%, after The Wall Street Journal reported on RC Ventures’ stake in the company and linked to the letter, dated March 6. In the letter, Cohen makes the case for Bed Bath & Beyond to refocus its efforts and move away from a “cumbersome” growth strategy, and explore strategic alternatives for Buybuybaby.

“Another path that can streamline Bed Bath’s strategy and unlock value trapped within the Company’s underperforming shares is a sale or spinoff of the BABY banner. Given that BABY is estimated to reach $1.5 billion in sales in Fiscal Year 2023 with a double-digit growth profile and at least 50% digital penetration, we believe it is likely much more valuable than the Company’s entire market capitalization today,” the letter said .

“We believe under the right circumstances, BABY could be valued on a revenue multiple, like other ecommerce-focused retailers, and justify a valuation of several billion dollars.”

Lake: Kohl’s aims to grow Sephora into a $2 billion business, part of the retailer’s long-term plan

Wedbush agrees that Bed Bath & Beyond could narrow its scope for a turnaround, but disagrees about the value of the Baby business. Wedbush includes in its current assessment the cost of running Buybuybaby as a standalone business.

“Supply chain issues compounded the disruption from merchandising changes in recent quarters, but it is not clear that the company’s value proposition is resonating,” Wedbush said.

“While Bed Bath & Beyond shares could move higher on new activist involvement and high short interest, we remain sidelined without more visibility to market share sustainability for the core Bed Bath business.”

“While RC Ventures’ position and the value of Buybuybaby could help support shares, we remind investors that many of the aspects of Sunday’s letter echo those called for by activists in 2019, which already resulted in a turnover of the majority of the board and the management team as well as the divestiture of many assets,” wrote KeyBanc Capital Markets in a note.

Wells Fargo was also bearish on the retailer: “In our view, the Bed Bath & Beyond asset remains structurally disadvantaged, fundamentals are weakening, and the activist pitch is largely predicated on a takeout that we view overly complicated and unlikely.”

Wells Fargo rates Bed Bath & Beyond stock underweight but raised its price target to $20 from $12.

Bed Bath & Beyond confirmed receipt of the RC Ventures letter on Monday, saying that 2021 was the first year of a multi-year transformation plan.

“Bed Bath & Beyond’s Board and management team maintain a consistent dialogue with our shareholders and, while we have had no prior contact with RC Ventures, we will carefully review their letter and hope to engage constructively around the ideas they have put forth,” the company said in a statement.

Meanwhile, the stock’s gains may reflect that fact that it has reached meme stock status. In January, the company said that supply chain disruptions and labor shortages had put so much pressure on the company, it was having trouble getting traffic-driving printed circulars.

A number of other retailers have also been met with activist activity recently, including Kohl’s Corp. KSS,