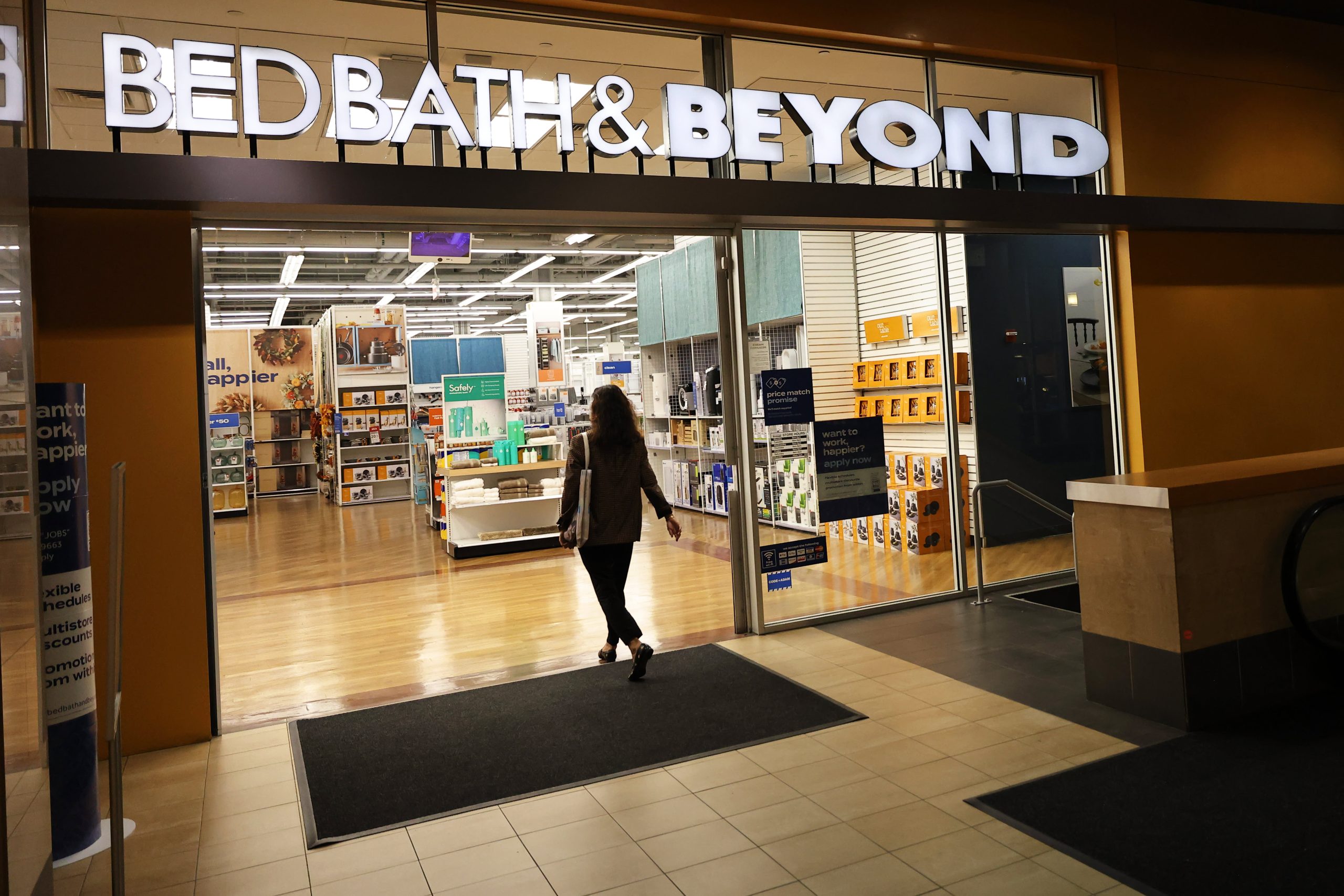 A person enters a Bed Bath & Beyond store on October 01, 2021 in the Tribeca neighborhood in New York City.

Bed Bath & Beyond — Shares rose 34.2% on news that GameStop’s Chairman Ryan Cohen had a nearly 10% stake in the retailer through his investment company RC Ventures. He said that the home goods retailer should explore selling itself to a private equity firm and spinning off its BuyBuy Baby chain.

United Airlines, American Airlines – Air carriers were lower after fuel costs rose 32% to their highest level in more than 13 years last week, amid concerns about global oil supplies during the war between Russia and Ukraine. United Airlines slid about 15% while Delta and America fell 12.8% and 12%, respectively.

Ralph Lauren, PVH — The retail stocks fell 12.2% and 15.4%, respectively. Wedbush downgraded Ralph Lauren and PVH due to concerns about the companies’ exposure to Europe amid the Russia-Ukraine war.

Archer-Daniels-Midland — Shares in the agricultural company surged 1.4%. Investors are eyeing increases in wheat prices amid fears of supply shortages after Russia’s invasion of Ukraine.

Visa and Mastercard — Shares in both financials tumbled after the US payments companies said they were suspending operations in Russia over the weekend. Visa’s stock declined 4.8%. Mastercard fell 5.4%.

Occidental Petroleum – Shares fell 1.4% after an SEC filing Friday revealed Berkshire Hathaway has taken a $5 billion stake in the oil giant. More than 61 million of the 91.2 million common shares in its portfolio were purchased last week at prices ranging from $47.07 to $56.45.

Citigroup — The bank’s stock dipped 1.8% after a downgrade to hold from Jefferies. The investment firm said Citi was unlikely to hit the financial targets laid out by management at last week’s investor day. Bank stocks were also down broadly Monday.

Philip Morris — Shares of the tobacco company fell 6.6% after JPMorgan downgraded the stock to neutral from overweight. The firm said Philip Morris could be hurt by Russia’s invasion of Ukraine, as the two countries are key markets for the company.

NextEra Energy — The stock rallied 5% after KeyBanc upgraded NextEra Energy to overweight from sector weight. The firm said the company could be set for a rebound amid elevated oil prices.

DraftKings — The sports betting stock sank 12.8% after Argus downgraded DraftKings to hold from buy. The investment firm said in a note that DraftKings would see slowing revenue growth this year as fewer new states would legalize sports gambling.