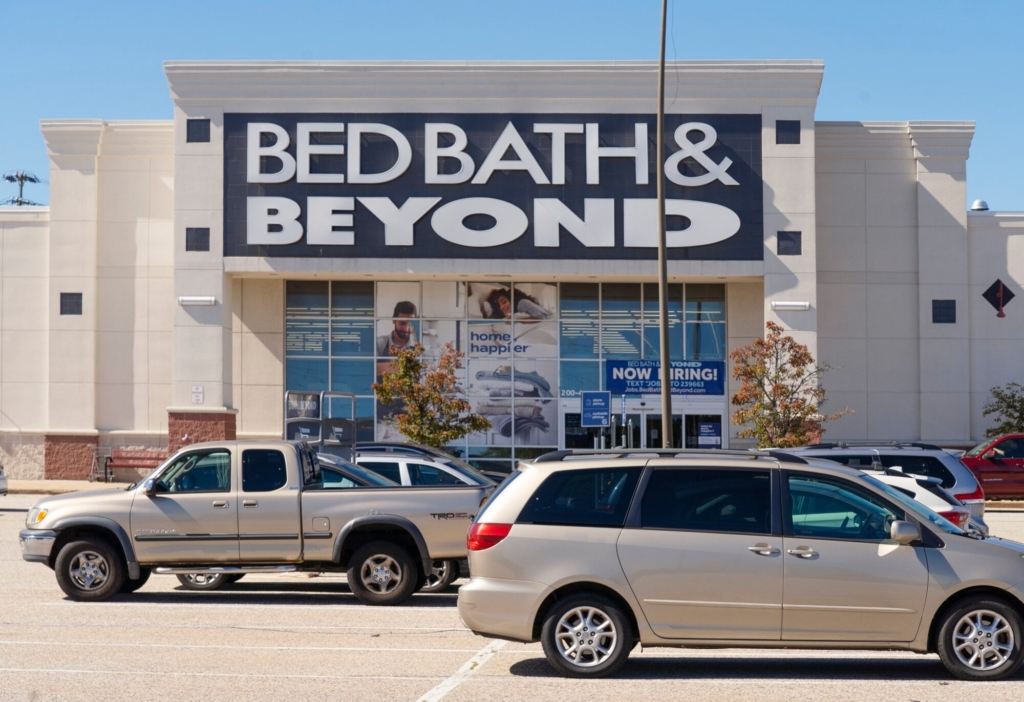 Bed Bath & Beyond’s store on Running Hill Road in South Portland. It wasn’t clear Friday whether Maine’s four outlets would be among the 150 stores the company is closing nationally. Carl D. Walsh/Staff Photographer

At the Bed Bath & Beyond store in South Portland on Friday, there was little evidence that the parent company might be struggling.

A “Now Hiring!” banner hung in the front window. A display invited customers to join a new rewards program, and rather than last-chance sale items, Halloween décor was up in the bustling check-out area.

The New Jersey-based home goods retailer said Wednesday it will close 150 of its 955 stores and lay off 20 percent of its roughly 50,000-member workforce. The news came as the company reported a 26 percent decline in sales for the second quarter of 2022, compared to the same quarter last year.

A Bed Bath & Beyond spokesperson would not say if any of the four stores in Maine are on the chopping block. Managers at the branches in South Portland, Brunswick, Augusta and Bangor said they were not authorized to speak about the closures or other changes.

The company has been struggling with supply chain problems and has lost sales because of a lack of inventory. In a presentation to shareholders Wednesday, interim CEO Sue Gove announced that the positions of chief operations officer and chief stores officer have been eliminated. Gove is filling the role of chief executive officer after the board voted in June to remove the previous CEO, Mark Tritton, who had led the company through dozens of store shutterings two years ago. A store in Auburn closed during that round.

Improving and rebalancing inventory will now be a top priority for Bed Bath & Beyond, according to the presentation. Other planned changes include enhancing customer engagement with loyalty programs that can be used across different stores and websites.

Gove also said that Bed Bath & Beyond is going “back to basics,” with a focus on nationally recognized brands, after the company had branched out to numerous private labels under Tritton’s leadership.

Chief Financial Officer Gustavo Arnal said the closures and staff reductions would save Bed Bath & Beyond $250 million this year.

“The decision to close stores and reduce head counts is a difficult one,” he said. “However, these steps reflect changes in strategy and will allow us to focus our resources on the areas of our business that offer the highest return as we drive toward sustainable, long-term, profitable growth.”

In addition, the company plans to raise cash by selling up to 12 million shares of common stock, according to a filing with the SEC. Sale proceeds would be used for corporate purposes, including paying down corporate debt.

The stock price of Bed Bath and Beyond (Nasdaq: BBBY) dropped from $12.11 a share at Tuesday’s market close to $8.87 Wednesday morning when the announcement was made. Share prices closed at $8.63 Friday afternoon.

Please check your email to confirm and complete your registration.

Use the form below to reset your password. When you’ve submitted your account email, we will send an email with a reset code.

Real estate broker’s dream or nightmare: no inventory here either