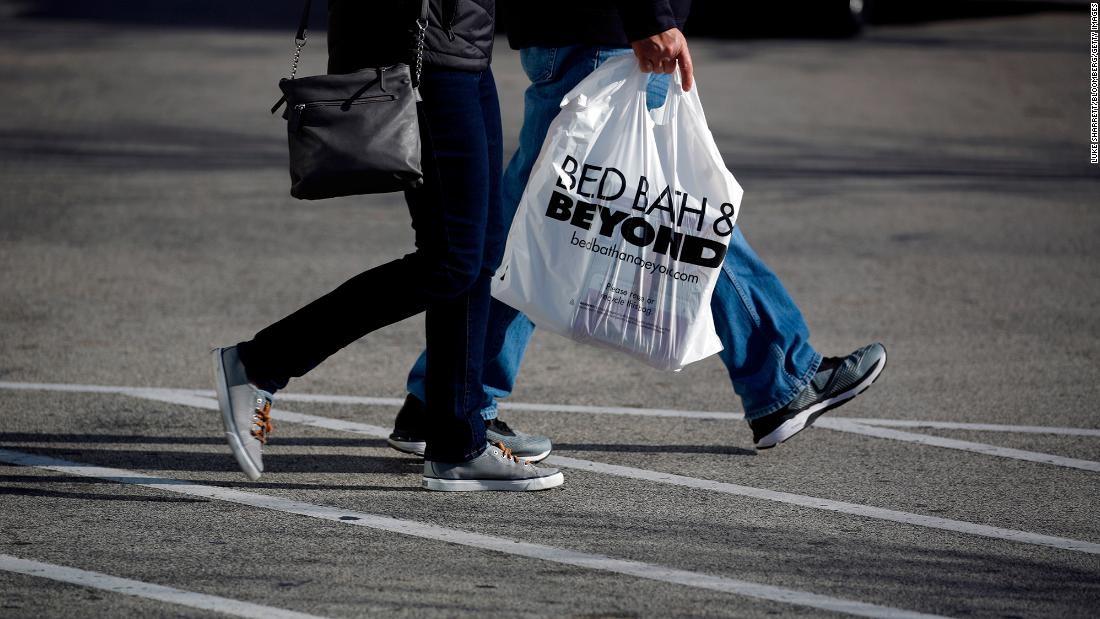 Cohen’s company RC Ventures bought a nearly 10% stake in Bed Bath & Beyond (BBBY)making the investment firm a top-5 shareholder, Cohen said in a letter to the retail chain’s board of directors Sunday.

Shares of Bed Bath & Beyond soared roughly 40% in early trading Monday following the announcement, dropping back to about a 34% gain midday.

Cohen, who took a stake in GameStop (GME) in 2020 and became chairman of the company’s board last year, clearly wants to shake things up. In his letter to the board, he criticized Bed Bath & Beyond’s current strategy and urged the company to make changes.

In response to Cohen, Bed Bath & Beyond said Monday that it will “carefully review” his letter and “hope to engage constructively around the ideas” he proposed.

Cohen, who also founded online pet retailer Chewy (CHWY), also wrote that Bed Bath & Beyond is trying to implement too many “cumbersome” plans at once and instead should “narrow its focus” to priorities, such as improving its supply chain and merchandise mix. He also recommended the company consider spinning off its Buy Buy Baby stores or even look to find a buyer to take the whole company private.

While many activist shareholders seek board director roles to exert their influence, Cohen himself will not because of his chairman role at GameStop. But he did not rule out nominating new board directors or new management.

Bed Bath & Beyond has struggled in recent years against pressure from Amazon (AMZN)and big box chains such as Walmart (WMT) other Target (CBDY). In 2019, the company hired CEO Mark Tritton from Target, who installed a new leadership team and implemented new strategies like store renovations and culling back on the number of product options.

The retailer did enjoy a bump from homebound shoppers redecorating during the pandemic, but its turnaround has stalled in recent months. In January, the company posted a quarterly sales decline even as rivals enjoyed big gains. Bed Bath & Beyond said it was hit hard by supply chain disruptions.