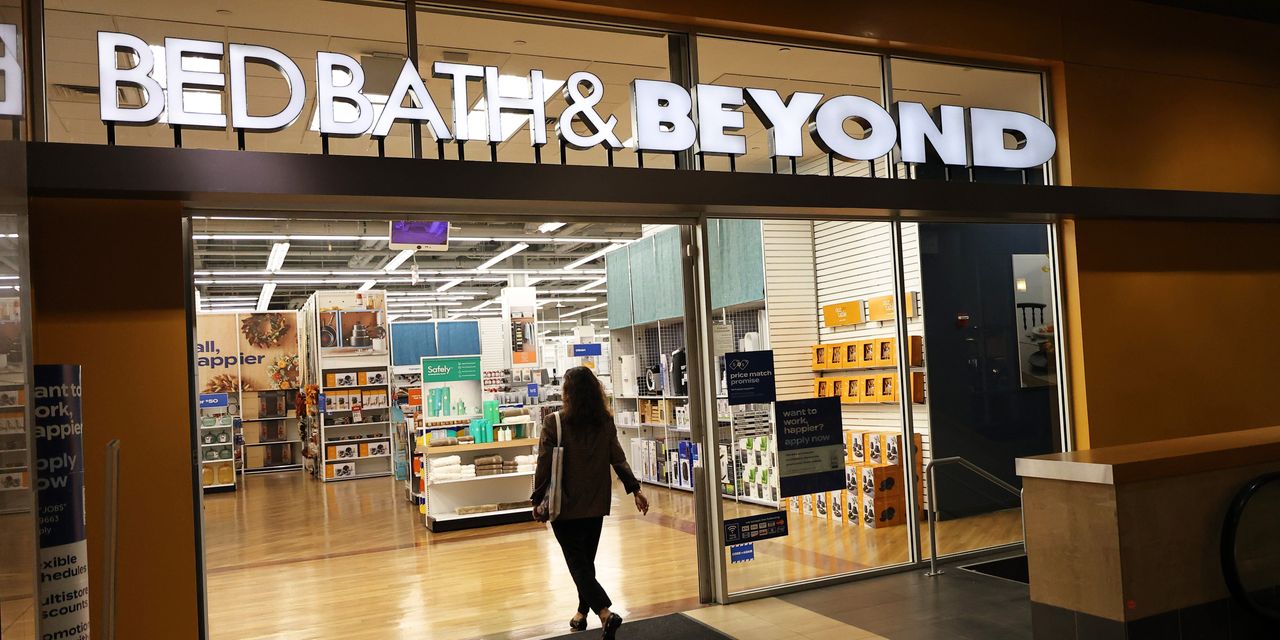 Baird’s Kleber turned bearish on the home goods retailer after its stock BBBY,

soared 39.8% on Monday, as the Reddit Wall Street Bets group appeared to be embracing the stock again, and rocketed 148.0% amid a nine-day win streak, which was the longest such streak since the 11-day stretch that ended Jan. 18 , 2007.

stocks also pulled back Tuesday after long win streaks, as the meme-stock resurgence appeared to take a breather.

SeeNow: Bed Bath & Beyond leads rally in ‘meme’ stocks as Reddit group appears to be jumping back on board

The recent rally in Bed Bath & Beyond’s stock (BBBY) comes even as the retailer continues to wrestle with a liquidity issues and falling revenue. For its recent fiscal first quarter, the company reported in late June sales of $1.46 billion, down from $1.95 billion in the year ago quarter, and below expectations of $1.51 billion. The company ended the quarter with cash and cash equivalents of $107.5 million, compared with $1.097 billion in the same period last year. The company also announced the ouster of chief executive officer Mark Tritton after less than three years at the company’s helm.

Baird’s Kleber downgraded Bed Bath & Beyond on Tuesday to underperform, after being at neutral since January 2021, citing valuation and the company’s liquidity and market share losses.

“Shares have surged 148% since July 27, including +86% the past two trading days,” Kleber wrote, in a note released early Tuesday. “This frenzied move (>100% of the public float traded on Monday) has been driven by non-fundamentally focused market participants.”

He kept his stock price target at $4, which implies 59% downside from Tuesday’s close.

“We estimate BBBY would need to generate >$350M of Ebitda [earnings before interest, taxes, depreciation and amortization] by FY24E/FY25E (vs. our FY22E/FY23E of -$350M/-$148M) to justify the stock’s current ~$2.3B enterprise value – a tall order given the current macro/sector backdrop,” Kleber wrote.

Bed Bath & Beyond’s liquidity is increasingly in focus, according to the analyst. “BBBY has burned $825M in cash over the past five quarters, and we model another -$250M over the next three,” he wrote.

With Kleber’s downgrade, more than half (10) of the 19 analysts surveyed by FactSet have the equivalent of sell ratings on Bed Bath & Beyond’s stock, while only one analyst is bullish and eight are neutral.

Meanwhile, AMC shares slid 6.3% to $22.45 on Tuesday, after soaring 64.6% amid a six-day win streak through Monday. That marked the longest win streak since it shot up 55.9% over the eight-day stretch that ended on May 18, 2021 during a previous meme-stock frenzy.

The movie theater operator had announced last week that it will issue a special “APE” dividend, in the form of AMC Preferred Equity Units that will trade on the New York Stock Exchange.

And GameStop’s stock dropped 7.1% to $40.37 on Tuesday, after running up 34.0% amid a nine-day win streak through Monday. That was consumer electronics retailer’s longest stretch of gains since the 10-day streak that ended March 28, 2022, in which the stock leapt 142.7%.

The latest exchange data showed that short interest (bearish bets) in Bed Bath & Beyond’s stock represented 46.4% of the public float, or shares available to trade, which compares with 18.7% for AMC and with 23.3% for GameStop.

–Tomi Kilgore contributed to this report.