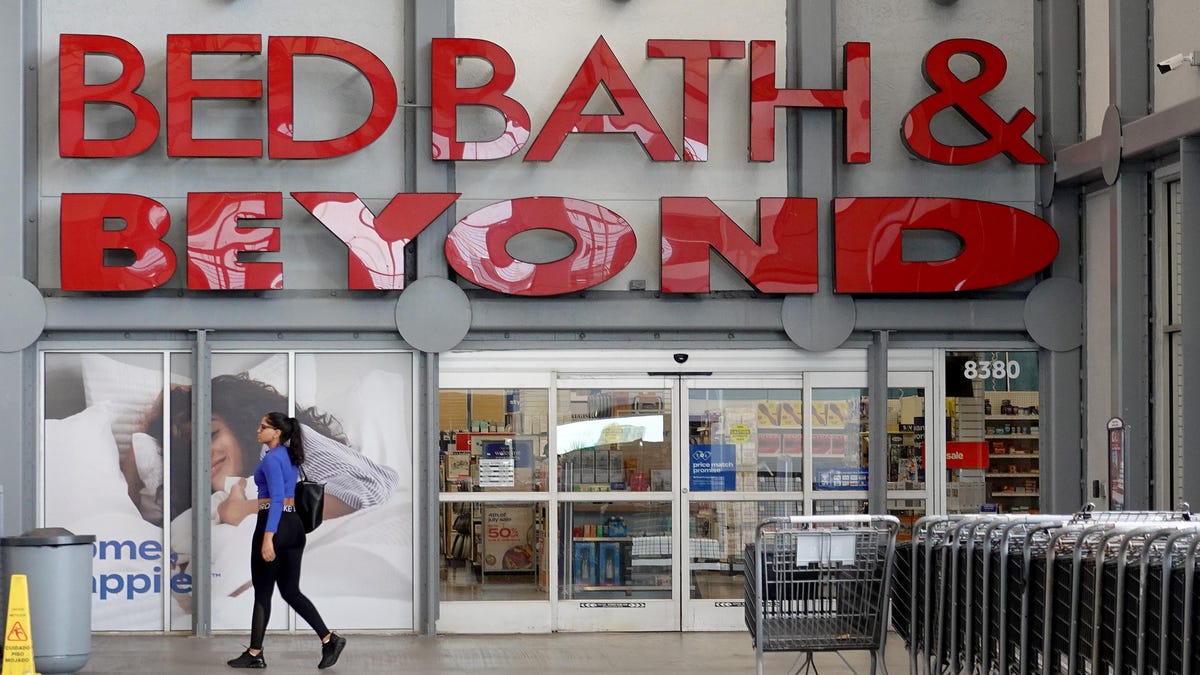 Shares of Bed Bath & Beyond, a favorite with the meme stock crowd that has surged higher this month, jumped nearly 15% on Wednesday after the company reportedly secured a much-needed loan deal to shore up its balance sheet and pay down debt.

Bed Bath & Beyond’s stock rose almost 15% to $10 per share, rebounding from last week’s losses as investors cheered a report from The Wall Street Journal that the company has successfully lined up financing to boost liquidity.

The home goods retailer, which has faced inventory struggles and declining sales, had been seeking around $375 million to boost its cash levels and pay down existing debt, though final terms of the deal are not yet clear, according to the journal.

Bed Bath & Beyond shares surged as retail investors celebrated the news, with the stock being by far the most popular mention in Reddit’s WallStreetBets chat room on Wednesday, according to data provider Quiver Quantitative.

The good news comes after Wall Street analysts had been warning for months that the retailer faced “pressing” issues like high cash burn and was in desperate need of new financing.

Still, shares have been skyrocketing this month as meme-stock traders from social media sites like Reddit pile into the stock, which at one point was up 300% for the month of August before paring back gains somewhat.

Bed Bath & Beyond shares did drop again sharply last week, however, after billionaire activist investor and GameStop chairman Ryan Cohen announced he would sell his roughly 10% stake in the company.

Though the retailer’s stock has surged over 70% so far this month thanks to enthusiasm from retail investors, it remains down 39% for the year, outpacing the rest of the broader S&P 500’s 13% decline. The recent rally started shortly after Bed Bath & Beyond’s quarterly earnings report in June: Though overall sales fell 23%, the stock quickly rebounded thanks to a boost from meme-stock traders who have driven up the share price.

What To Watch For:

The majority of Wall Street analysts covering Bed Bath & Beyond have a “sell” rating on the stock, remaining skeptical about the retailer’s ability to revive its struggling business and warning of “unrealistic” share price valuations. While Cohen’s purchase of shares starting back in March helped boost excitement among retail investors, analysts warned that his recent decision to sell his entire stake in the company could remove a “key support leg” for Bed Bath & Beyond as it looks to shore up financing .