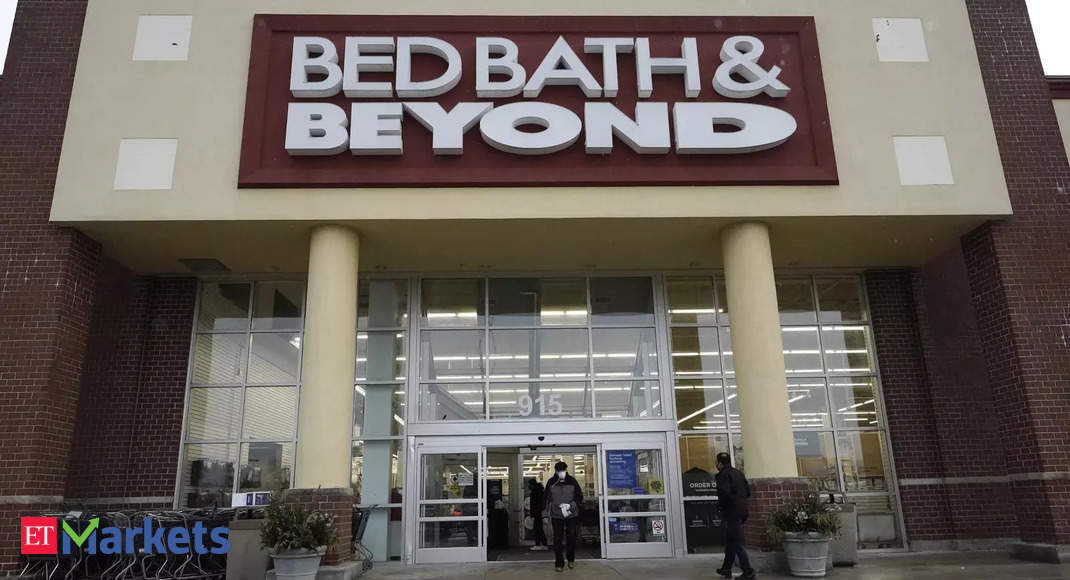 Shares of Bed Bath & Beyond shares surged on Wednesday as individual investors piled in, extending the stock’s rebound from multi-decade lows hit last week and reviving a rally in other meme stocks.

Among the top three companies traded on Fidelity’s retail platform, Bed Bath & Beyond jumped 69% during the session and then another 20% after the bell. Including those late gains, it has more than tripled so far this week.

Other popular stocks among retail traders also rose, with GameStop up 7% and AMC Entertainment surging 21%.

On Tuesday, Bed Bath & Beyond said it would lay off more employees to cut costs after reporting a bigger-than-expected quarterly loss.

Shares of the struggling US home goods retailer last week hit their lowest since early 1990s after the company announced its intent to explore options including bankruptcy.

Short interest in Bed Bath & Beyond is $82.7 million, or 52.07% of its free float, analytics firm S3 Partners said in a research note.

S3 Partners indicated that retail investors are mostly betting the stock will rise, while bets against the company are mostly being placed by large institutional investors, setting the stock up for volatile trading. “If bankruptcy is not in BBBY’s future, its rallying stock price will force short sellers to rush to the doors to retain some of the mark-to-market profits they earned in 2022,” wrote Ihor Dusaniwsky, managing director of predictive analytics at S3 partners.

Bed Bath & Beyond’s options volume was running nine times what is typical, based on recent trading, according to Trade Alert data.

Much of the trading interest was concentrated in near-dated options, with contracts expiring on or before Jan. 20 making up about 70% of the volume.

In a sign that traders expect the shares to remain highly volatile in coming days, the stock’s 30-day implied volatility, a gauge of how much traders expect the stock to swing in the near term, which was at 330%, about the highest in at At least four years, Trade Alert’s data showed.