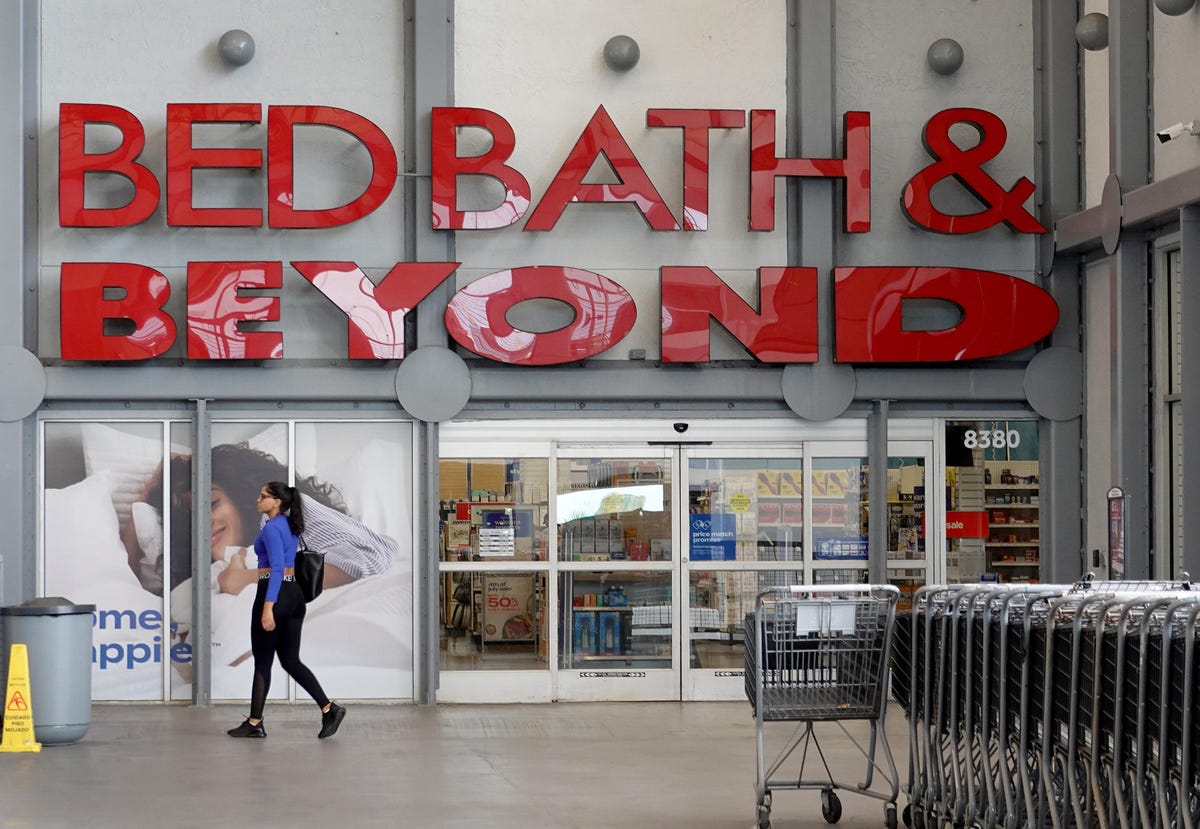 The pioneering home goods retailer saw its share price enjoy another ‘Gamestop moment’ last week as a meme stock that near doubled in value – albeit from a rock bottom base – but come Friday last, it was flat-lining yet again.

The slump followed a week in which speculation on online stock forums, including Reddit, that it might be a potential acquisition target, fell out of bed.

And now Bed Bath & Beyond appears to be heading for bankruptcy and the company admitted last week it could enter Chapter 11 bankruptcy within weeks, and has doubts it can stay in business after a quarter of deep losses and declining sales.

So what now for a retailer in a seeming death spiral?

Asleep At The Wheel?

On Tuesday last, the company reported losses of nearly $400 million after admitting that more than 40% of the retailer’s products were out of stock in the fall, twice the level in the first half of the year, as suppliers were reluctant to trade with the retailers.

But in August the pillow party came to an end when RC Ventures, Cohen’s investment vehicle, sold 9.45 million Bed Bath & Beyond shares at prices between $18.68 and $29.21, according to securities filings.

Cohen disclosed he had purchased in February and March a large number of call options in Bed Bath & Beyond — derivatives that deliver a windfall if stocks rise.

And that Cohen bagged a huge pay day following weeks of frenzied trading in the struggling homeware retailer. Between late June and the sell-off, the company’s share price had increased more than 300% despite the fact it was running low on cash.

Bed Bath & Beyond last Thursday said it was “working expeditiously” with external financial advisers to bolster its balance sheet after the company’s most recent quarterly earnings showed it had just $108 million in cash, compared with $1.1 billion in the same quarter a year earlier.

Cohen Has History With Meme Stocks

Cohen has shaken up Bed Bath & Beyond before exiting his position, adding three independent board directors and pushing for the company to sell its baby brand Buybuy Baby.

In fact, Bed Bath & Beyond is the second meme stock that Cohen has targeted. He started investing in GameStop through RC in 2020, amassing a 12.9% stake. In January 2022 he was named on the video game retailer’s board, which was followed by a 1,500% increase in its share price over two weeks. Cohen has overseen a C-suite and board makeover at GameStop, where he became chair in June last.

Meantime, at Bed Bath & Beyond tragedy struck in September when chief financial officer, Gustavo Arnal, died after jumping from a luxury skyscraper in Manhattan just two days after the company confirmed 150 store closures and a 20% cut in payroll.

By then, the retailer’s stock had lost more than 70% of its value in the year, and while the company said it was looking to turn things around with a strong holiday season, attempts to consolidate its product line were complicated by supply chain bottlenecks, a lack of online investment, and poor product availability.

A Decade Of Decline

It is all a far cry from its peak in 2013, when Bed Bath & Beyond was valued at $17 billion. Having operated off its own capital, it began to take on debt as shoppers shifted online, which it added further to in August.

Now valued closer to $500 million, the company is in the middle of a sale process in the hope of keeping its businesses alive.

Just last week, Party City filed for Chapter 11 bankruptcy protection at the US Bankruptcy Court in the Southern District of Texas. Bed Bath & Beyond, a filing in its native New Jersey now seems increasingly likely, after on Thursday last it received notice from the Nasdaq Stock Market that it was out of compliance after failing to file its quarterly earnings statement on time.

The company said it is working to finalize and file its report to regain compliance within 60 days.

“Multiple paths are being explored, and we are determining our next steps thoroughly, and in a timely manner,” the chief executive, Susan Gove, who four months ago launched a turnaround plan, said in a statement.