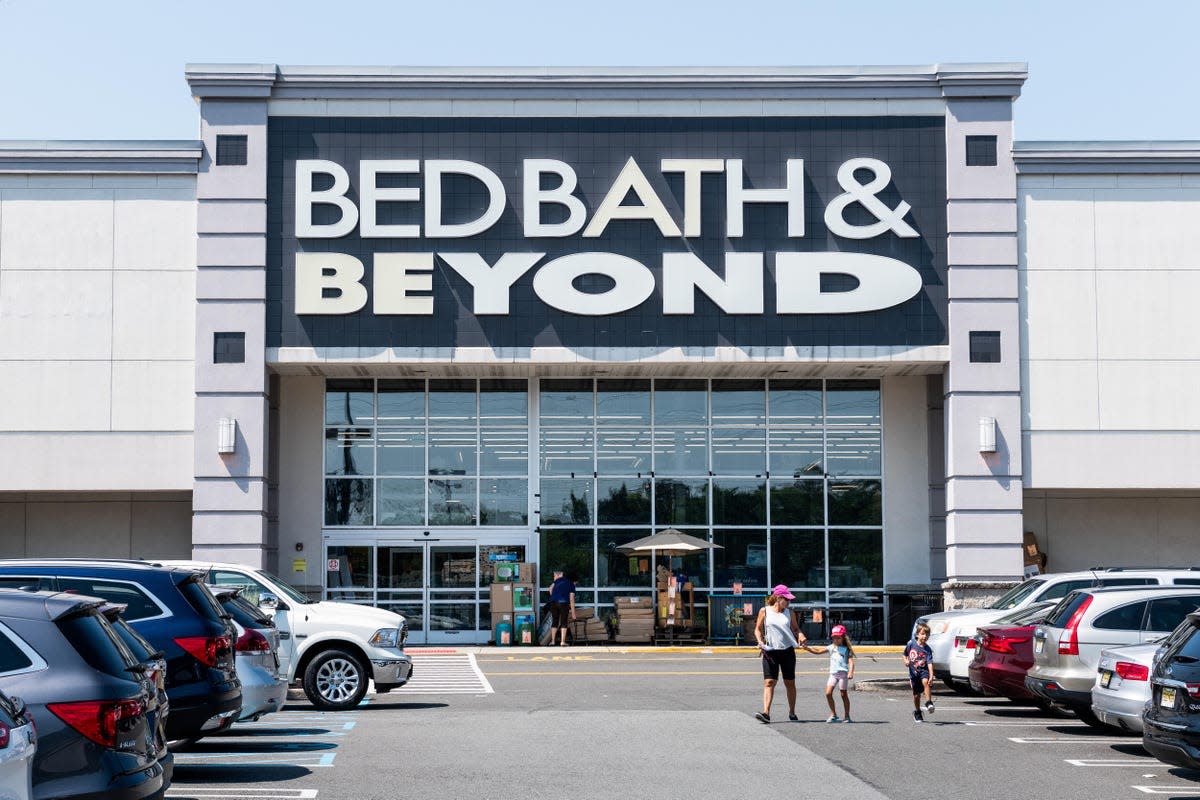 Bed Bath & Beyond Has Too Much Debt

Bed Bath & Beyond has been missing loss-per-share and revenue estimates for at least the last four consecutive quarters. This is due to a series of problems affecting its supply chain, inventory and cash optimization, and cost structure.

Bed Bath Beyond’s current ratio of assets to liabilities is 1.01, its worst level in recent history. This indicates that, for every $1 of debt that is paid off, there is only 1 cent left over for the company.

A ratio above 1.0 implies that the company can pay its obligations in the short term. But Bed Bath & Beyond’s ratio has been steadily declining. Check out this chart:

Can Debt Restructuring Save Bed Bath & Beyond?

Recently, Freeman Capital revealed a passive investment in Bed Bath & Beyond that constitutes about 6.21% of BBBY shares. The firm is pushing for debt realignment.

According to Freeman, Bed Bath & Beyond needs to “enter into a swap to exchange current senior unsecured debt for notes with a significantly lower face value” in order to reduce its liabilities and survive.

But according to Bank of America analyst Jason Haas, debt restructuring will not solve Bed Bath & Beyond’s liquidity problem. Haas believes that plans to increase the debt by $1 billion are unrealistic at this point.

Instead, he contends that the company needs to drastically stop burning through cash. Bed Bath & Beyond spent roughly half-a-billion dollars in the first quarter.

In addition, Haas also points out that having a source of liquidity is far more important than simply restructuring the company’s current debt.

Haas is one of the biggest BBBY bears. He has suggested that a fair price for its stock is $2.40 — more than 50% less than its current share price.

Why Did GameStop’s Ryan Cohen Buy a Chunk of BBBY Shares?

Cohen sent a letter of recommendation to Bed Bath & Beyond, suggesting strategic changes to turnaround its business. In the letter, he makes it clear that he bought BBBY shares because he likes the brand and its capital allocation policy.

But he also voices concerns about the company’s leadership compensation relative to its performance. In 2021, former CEO Mark Titton received nearly $13 million in cash and stock awards.

“Almost two-and-a-half years into Mr. Tritton’s tenure, Bed Bath has underperformed the S&P Retail Select Industry Index by more than 58% on an absolute basis and is looking at an approximately 29% decline in full-year sales from pre-pandemic levels,” Cohen writes.

He also raises concerns about Bed Bath’s strategy for reigniting meaningful growth: “We believe Bed Bath needs to narrow its focus to fortify operations and maintain the right inventory mix to meet demand, while simultaneously exploring strategic alternatives that include separating BuyBuy Baby and a full sale of the company.”

According to Cohen, a push to sell BuyBuy Baby could ease operational strains. And a complete sale of Bed Bath & Beyond to a well-capitalized buyer, if possible, could offer shareholders a premium on their investment and give the company more flexibility to operate outside the public market.

What’s Next for BBBY Stock?

Looking at Bed Bath & Beyond’s business fundamentals, the future does not look bright. The turnaround plan proposed by the company’s past management proved futile. And an overstuffed inventory and recession risks are worrisome.

If Bed Bath & Beyond can’t control its cash burnin the coming quarters, the company may face serious future liquidity risks and may continue to be attacked by bears.

If the spin-off happens soon, this could be a bullish catalyst that shareholders need to drive up BBBY’s share price.

(Disclaimers: this is not investment advice. The author may be long one or more stocks mentioned in this report. Also, the article may contain affiliate links. These partnerships do not influence editorial content. Thanks for supporting Wall Street Memes)