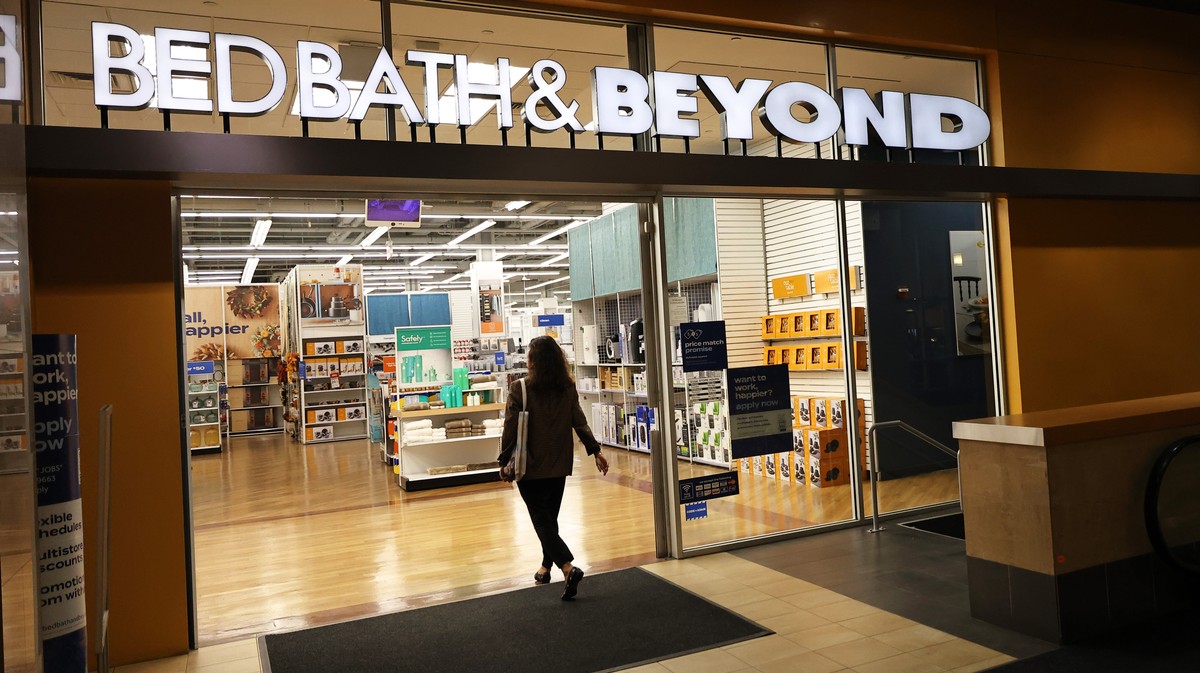 Shares in Bed Bath & Beyond are skyrocketing after Ryan Cohen―the billionaire co-founder of pet goods retailer Chewy and chairman of video game retailer GameStop whose involvement with the company sparked last year’s trading frenzy―sent the board of Bed Bath & Beyond a letter excoriating its business strategy and revealed a stake in the company, The Wall Street Journal reported.

That letter served as the first disclosure of his 9.8 percent stake in the company through his RC Ventures investment firm, which he’s been building since January 13 of this year according to financial disclosures. Bed Bath & Beyond saw its shares jump 61 percent when markets opened on Monday, and Cohen’s letter generated some excitement among online retail traders on Twitter and the Wall Street Bets subreddit.

“The meme king will reign for 1000 years. You shall not stop him. You will hear his name from generation to generation,” opened one thread in Wall Street Bets talking about Cohen’s letter and newly-revealed stake in Bed Bath & Beyond. “No one man should have all that power? This is who Kanye was referring to. Even he has seen what is transpiring in front of our eyes. Ryan Cohen will never be matched.”

The rally is unprecedented for Bed Bath & Beyond which, as Cohen’s letter points out, has underperformed the S&P 500, the S&P Retail Select Industry Index, and a host of competitors over the past decade. In 2021, the company enjoyed sales 29 percent lower than pre-pandemic levels ($11.159 billion in 2019 to $7.9 billion in 2021). Its most recent quarter saw core sales down 14 percent year-over-year and same-store sales down 7 percent year-over-year.

Cohen’s letter to Bed Bath & Beyond not only honed in on a persistent decline in the core business, but on the compensation package for executive officers―$36 million collectively―despite consistent declines in sales and market share. Chief executive Mark Tritton specifically earned $27 million over the past two years, a much larger compensation package than executives got at bigger retailers such as Advance Auto Parts and Dollar Tree.

“Though we understand the pandemic was a major challenge, Mr. Tritton should recognize that chief executives who are awarded outsized compensation and seek frequent publicity also invite much higher expectations when it comes to growth and shareholder value creation,” Cohen wrote in his letter.

He also goes on to center on bringing greater focus to the business strategy, which “looks far better in a PowerPoint deck than it does in practice.” The plans Bed Bath & Beyond has pursued, such as a recent gambit to reduce the number of products in stores while increasing the number of private-label brands, have backfired and left analysts wondering about their viability.

“Our own experience taking Chewy from a start-up to the ultimate destination for pets leads us to believe that focusing on a core set of objectives drives superior outcomes,” Cohen wrote in his letter to the company’s board. “In the case of Bed Bath & Beyond, it appears that trying to execute on dozens of initiatives at once is leading to dozens of mediocre outcomes.”

The share price spike that came after Cohen’s stake was revealed makes sense given the cult following he’s built of online retail traders who helped push up GameStop’s stock price last year. In late 2020, just before the trading frenzy that pushed the company’s price as high as $483, Cohen revealed he had spent $76 million building a 9 percent stake in GameStop through RC Ventures and sent a letter to the board of directors criticizing its business strategy while advocating for other alternatives that might save the ailing retailer.

GameStop added Cohen to his board a few months later in January 2021, helping spark the trading frenzy that dominated that month as Gamestop’s stock spiked. Cohen dismissed the possibility of joining Bed Bath & Beyond’s board himself, but left open the door for RC Ventures to seek seats on the board.

“Bed Bath & Beyond’s Board and management team maintain a consistent dialogue with our shareholders and, while we have had no prior contact with RC Ventures, we will carefully review their letter and hope to engage constructively around the ideas they have put forth,” Bed Bath & Beyond said in a statement responding to Cohen’s letter. “Our Board is committed to acting in the best interests of our shareholders and regularly reviews all paths to create shareholder value. 2021 marked the first year of execution of our bold, multi-year transformation plan, which we believe will create significant long-term shareholder value.”