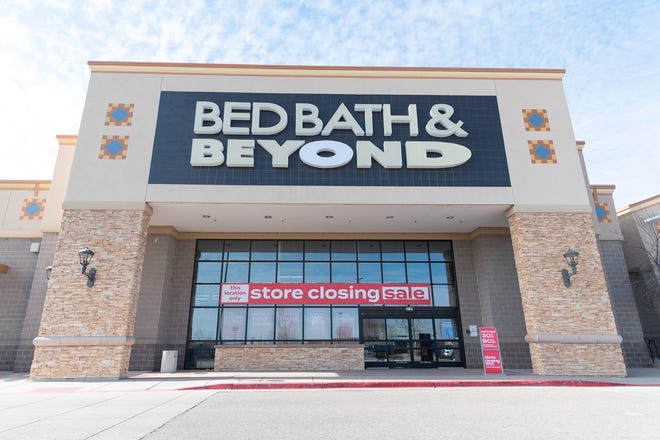 The Bed Bath and Beyond in Pueblo has joined a list of store locations the company plans to close as it pursues a strategic restructuring to turn its business around.

The company announced in September that it would close 150 stores and eliminate 20% of its corporate staff to strengthen its financial positioning following weak second-quarter sales. At that time, the Pueblo location at 5737 North Elizabeth St. wasn’t part of the initial 56 stores the company was planning to close.

The Pueblo location joined the list after the company reported slumping third-quarter results earlier this month.

In an email to the Chieftain, Bed Bath and Beyond representatives said the company previously announced it was closing “approximately 150 underperforming stores in support of our current optimization strategy.”

As of Jan. 19, the Pueblo store is the only location out of 19 in Colorado that is set to close.

The company did not announce when it would officially shutter the doors at the Pueblo location, but in a Jan. 10 third-quarter report, said it is “on track to complete approximately 150 store closures by the end of fiscal 2022.” The company’s fiscal year concludes at the end of February.

“Through store optimization, we regularly evaluate each location based on a variety of factors, including lease renewal and proximity to our other stores. Store closing sales will commence and continue over the next few months,” the company said in a statement.

Pueblo business news:A Shah’s by any other name will still taste as sweet in Pueblo

At one point a popular retailer, Bed Bath and Beyond has struggled with sales over the past several months. It experienced a 26% drop in sales during its second quarter in 2022 compared to the same period the year before and reported losing $393 million during the third quarter.

The company announced that its layoffs and store closures would cut costs by $250 million in 2022, but it might not be enough, as it signaled in an SEC filing it could soon file for bankruptcy.

In that same filing, the company said the “expected decline in net sales versus last year is driven by lower customer traffic and reduced levels of inventory availability, among other factors.”

During a public comment period at the Pueblo County Commissioners meeting on Thursday, a resident claimed the store is closing because it loses $30,000 a week and that the manager told them that shoplifters steal items from the store in the afternoon or evening “shifts.”

Bed Bath and Beyond provided a written statement to the Chieftain but did not respond to specific questions, including whether revenue losses from shoplifting contributed to his decision to close the store.

The Pueblo Bed Bath and Beyond opened in March 2005 at Pueblo Crossing.