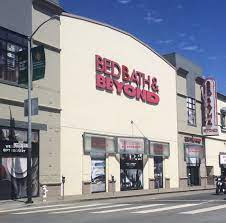 Bed Bath and Beyond (BBBY) on Sunday said in a statement to the press that its CFO has died. As per the reports, the CFO, Gustavo Arnal, met his end falling from a skyscraper which is reportedly 821 feet high.

What Did The Police Say?

The police who identified the man Gustavo Arnal said that following a phone call the police reached the towers and found a man in his fifties dead due to the injuries caused by the fall. The police further said that an examiner officer of New York City would ascertain the cause of death. The police in his statement refrained from divulging any more details on the death. Arnal who had a total share of 310, 413, sold its 55,013 shares believed to be valued at $1.4 million between August 16-17.

Gustavo Arnal, who is also a well-known financial officer in the city, joined Bed Bath and Beyond two years back in 2020. Gustavo Arnal is known for his role to help Bed Bath and beyond sail through the difficult period of Covid 19. According to reports, Arnal looked after the company’s business in around fifty countries and directly managed operations in India, Africa and the Middle East.

Arnal had worked with a cosmetic company in Avon before joining Bed Bath and Beyond. Arnal who is an alumnus of the Metropolitan University of Caracas spent the longest time working for Proctor and Gamble for 20 years. Arnal is survived by his wife and two daughters.

Reportedly BBBY has been going through a lean phase recently. The company announced the last week that, it is planning to close more than a hundred stores and cut jobs, as its profit came down.

The company is also engaged in a legal battle, whereby it is accused of selling its stocks at an inflated price. The shareholders have claimed that they lost around $1.2 billion due to the scam. The suit which also contained the name of Arnal according to reports, further alleges that Arnal was not transparent with the investors and he was dishonest with them.

What did BBBY say?

The BBBY came up with a clarification on the matter and said in a statement that, even though the case is in its initial stages, the company thinks that the cases lack merit.
The company said it was “in the early stages of evaluating the complaint but based on current knowledge the company believes the claims are without merit.”