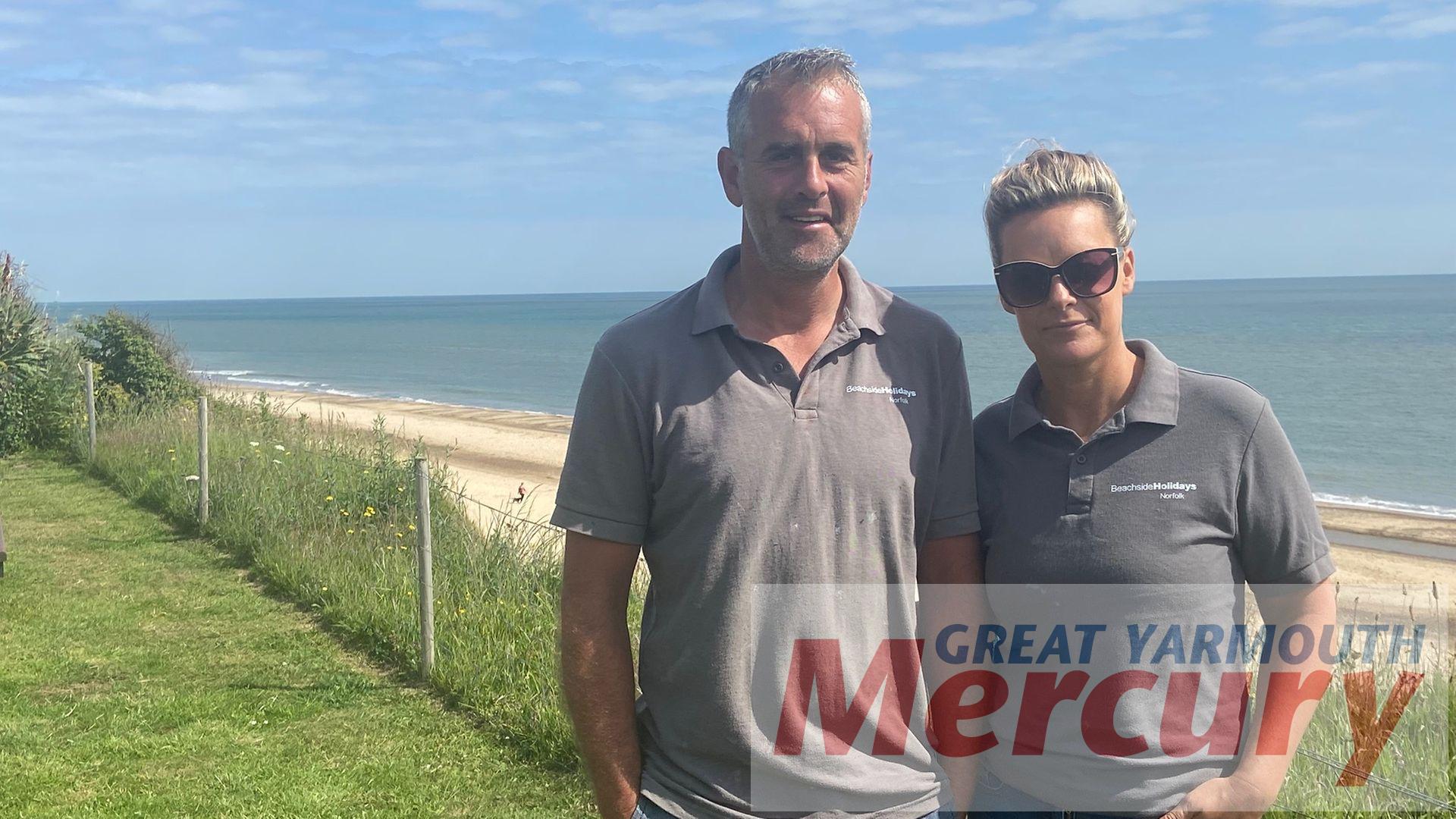 The new owners of seaside chalets with stunning panoramic views hope their TV appearance will prove a good advert for the business.

Stuart and Louise Charman fell in love with Beachside Chalets in Scratby, near Great Yarmouth, during the pandemic, and made the move to build a new life in Norfolk last year.

The couple, who have three children, said they wanted a new challenge away from their demanding jobs in Gatwick where Mr Charman had a decorating and maintenance business and Mrs Charman worked for the NHS.

There are six holiday chalets and one lodge at Beachside Holidays in Rottenstone Lane, Scratby, which is appearing on Channel 4’s Four in a Bed reality TV show.
-Credit: Liz Coates

Despite viewing the clifftop property which boasts six self-catering chalets and a lodge in windswept winter they jumped at the chance to take it on as the owner stepped into retirement after 35 years.

Mr Charman, 44, who had joked about participating in Channel 4’s popular reality show and was a big fan, was stunned when the producers called out of the blue.

The unbroken seaside view enjoyed by visitors staying at Beachside Holidays in Scratby, near Great Yarmouth. Its owners hope people will enjoy seeing the facilities on Channel 4’s Four in a Bed.
-Credit: Liz Coates

Mrs Chaman added: “I just got a phone call out of the blue and it was the production team from Channel 4. We thought the two older kids had put us forward, but they were just looking for someone in the area.

“We probably weren’t quite ready but because we love the program we thought we would go for it.”

Filming in Norfolk took place after the Easter weekend and the couple had to make themselves available for two weeks.

Stuart and Louise Charman at the entrance to the holiday haven they bought during the pandemic. Tucked away off Rottenstone Lane in Scratby, near Great Yarmouth, few people knew they were there they said.
-Credit: Liz Coates

Because they had been full it was a mad rush to get everything ready for the three couples they were up against in the reality show.

The format sees four sets of accommodation owners staying in each others rooms, rating them, and then paying what they think the stay was worth.

It is famous for its nit-picking and squabbles which have won the series a loyal following.

Mrs Charman said she was a bit anxious about how they were portrayed, although generally it had all been good-natured.

Stuart and Louise Charman of Beachside Holidays in Scratby say the move to Norfolk has been everything they hoped and more.
-Credit: Liz Coates

Mr Charman said: “It was a really good laugh. I would definitely do it again. It was a good experience and a good chance for us to spend quality time together.

“From our point of view we are just happy that everyone will see it on the telly,”

The episode is due to be broadcast in the next nine to 12 months.