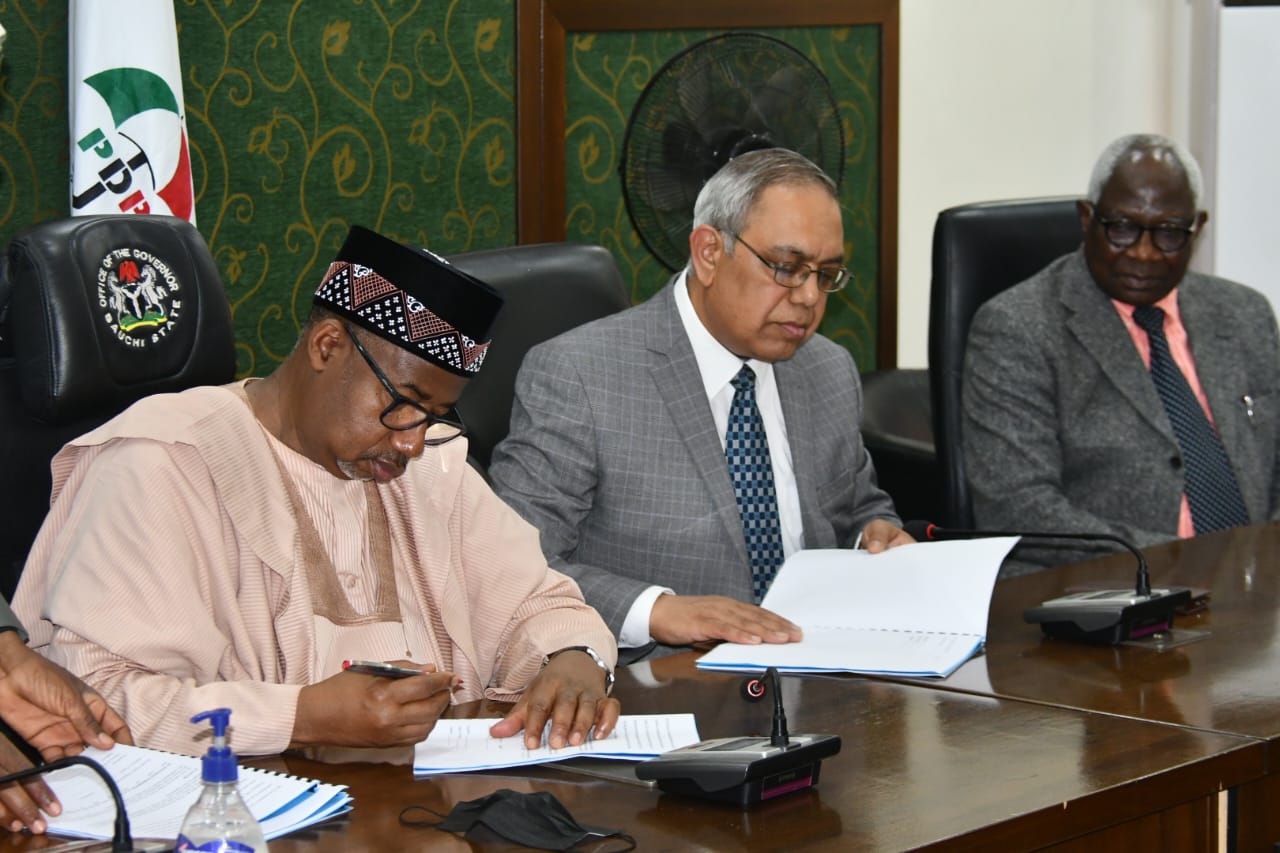 In its determination to boost tertiary healthcare provision and encourage health education, the Bauchi state government has signed a Memorandum of Understanding (MoU) with a consortium, HP Capital for the establishment of a State University Teaching Hospital worth about 1billion US dollars.

Bauchi State Governor, Sen Bala Mohammed, made the disclosure while speaking at the official signing of the MoU held at the Government House, Bauchi saying that his administration is resolute in bringing quality and qualitative healthcare services delivery to the doorsteps of the citizens.

According to the Governor, “As a leader, I am taking my Council or Cabinet through the challenges of making sure we provide solutions in a lasting basis for healthcare and education in Nigeria”.

Bala Mohammed while stating that about One billion US Dollars will be spent in establishing the hospital, noted that the project will take off with about $240m, adding that the teaching hospital when established, will create limitless opportunities for employment for many people.

The Governor also said that his administration is opening up Bauchi State to the global world to make sure that it has provided opportunities not only for the Bauchi people but everywhere.

He stressed that “We are bringing quality and qualitative healthcare system to Nigeria that will arrest the capital flight as well as bring services close to the people at the level of affordability that has been really midwife between us and HP Capital”.

Bala Mohammed while assuring the investors of his government’s readiness to protect their investment, said that, his administration will not take HP Capital for granted.

IN CASE YOU MISSED THESE FROM NIGERIAN TRIBUNE

The governor maintained that “You could have diverted the investment elsewhere which we knew you were about to do it but because of the faith and confidence you have in us, we assure that as a state government and as a subnational within the country Nigeria, we will do everything possible to make sure this business works”.

The Governor then directed all the Ministries and Departments responsible for the project to make sure they opened up the key leverages and latitude for the business to work even outside the scope of the MoU and agreement.

Speaking earlier, the Managing Director of HP Capital limited, Mr. Vandishwar Kausal said that the project is meant to address the existing shortfall in the healthcare system across the world.

The MD while thanking Governor Bala Mohammed and his cabinet for reposing the confidence in his organization said that they are going to build a 250 bed University Hospital which will be affiliated with a UK University not named.

Vandishwar Kausal who that the degrees will be the same with those that are in the UK, and the curriculum will also be the same, adding that HP will also be building 2500 staff accommodation to international standard in addition to about 7500 units of students accommodation.

The HP MD further said that a 20-30 seater convention center with adequate facilities needed would be constructed, pointing out that with the proposed site been next to the airport, the teaching hospital will take full advantage that will make Bauchi the center of healthcare delivery not only in the North but Nigeria as a whole.

In addition, the MD said that his organization will also build regular hotels and a 5-star hotels, adding that state government is at liberty to inform it of what else they need since there is adequate land.