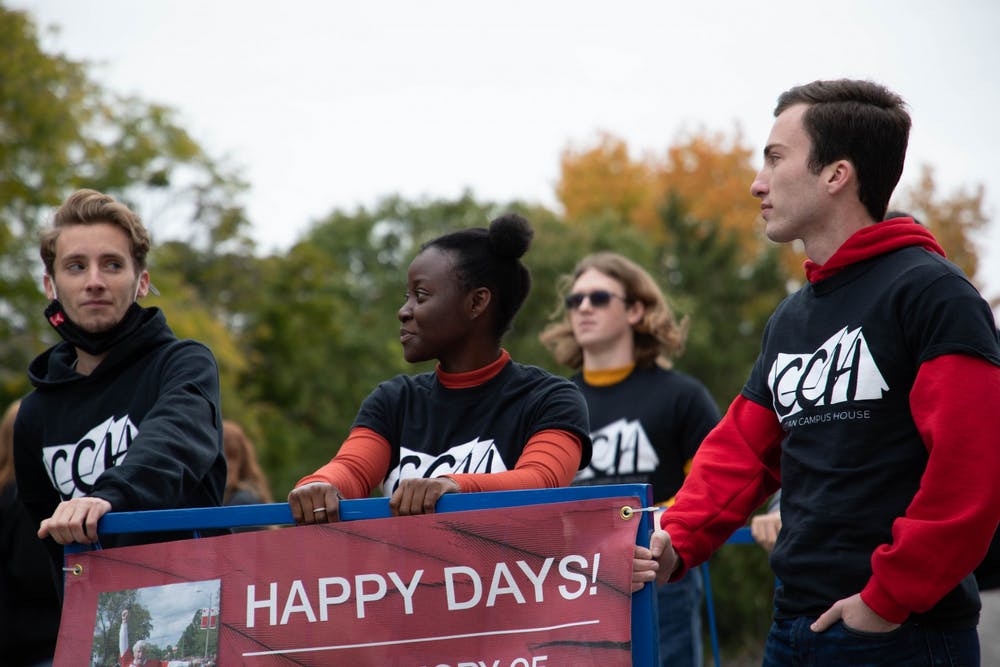 Kate Mahnsmith, Senior Nurse Major, took part in the third bed race of her college career on October 22nd. Mahnsmith, a member of the Ball State cheerleading squad, won the independent women category with her team.

“It’s all in the beds, I swear,” Mahnensmith said. “For some, the wheels are starting to tremble.”

Of her three years of bed racing, Mahnsmith said her team had won two awards in the past two years, and in 2019 she said they started with a “bad bed.”

Every year the Ball State cheerleading squad organizes an all-female team and a mixed team to compete in the Bed Races. For the spring 2021 homecoming, teams competed on the University Track at the Briner Sports Complex, rather than West Riverside Avenue, to allow for more social distancing.

“[The track] was super different – the feeling of the track, ”said Mahnensmith. “It was super nice to be back on Riverside today.”

A total of 18 teams competed side by side at noon on October 22nd, with student organizations, lecturers and employees, fraternities and sororities organizing their own teams.

The Christian Campus House won the independent men’s and best time classifications with the fastest race time of 8.93 seconds. Joshua Trembly, a sophomore major in criminal justice, said the church leadership council hit upon the idea of ​​putting together a bed race team this fall.

Trembly said he couldn’t see the Bed Races last spring, but his team was discussing strategies ahead of the event.

“We just decided it was something we wanted to do just to get our name out there,” said Trembly, “and had fun doing it.”