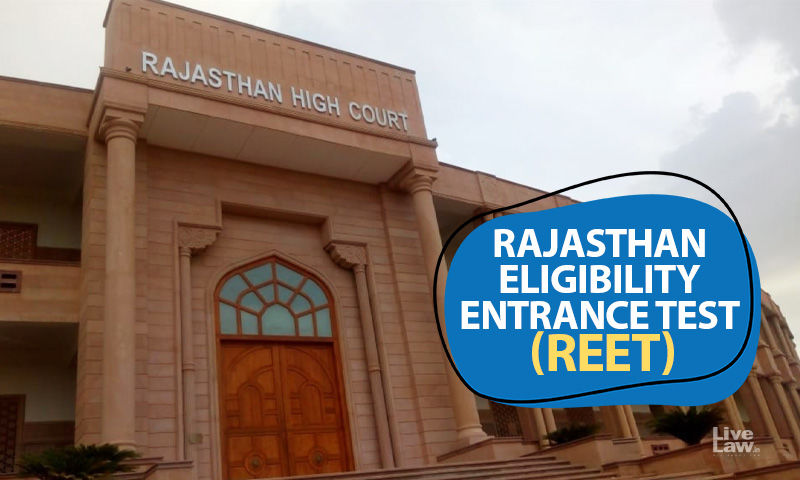 the Rajasthan High Court Last week it was discovered that the NCTE notice was restricting eligibility to teach primary level students, thereby allowing B.Ed holders to appear for REET Level I. [Rajasthan Eligibility Examination for Teacher] is illegal.

That puts the bank of Chief Justice Akil Kureshi and Justice Sudesh Bansal also overturned his previously issued injunctions, which allowed the petitioners to put B.Ed. the grade that should appear in the REET.

The matter in brief

In essence, in 2018 the NCTE (National Council for Teacher Education) issued a notice that the B.Ed. Under certain conditions, graduates were admitted to the position of primary school teacher for level III (level 1) (classes I to V).

NCTE had also directed that B.Ed graduates who pass the REET must complete a 6 month bridging course within 2 years of their appointment as teachers. This was stipulated in addition to other qualifications already prescribed in the decision of 23.08.2010 in the currently valid version.

In essence, MHRD has written to the NCTE instructing the NCTE to change qualifications and B.Ed. also the right to teach at the primary level with the proviso that the module must be passed within two years of starting the service.

The government of Rajasthan believed that such a change in qualification was unconstitutional and could not be imposed on the state by the Union government through the NCTE.

This advertisement did not recognize B.Ed graduates as eligible to take the exam and only gave BSTC candidates permission to appear for the exam and therefore was challenged by B.Ed candidates in the High Court.

This NCTE notice has also been challenged in the Rajasthan High Court. At the same time, a challenge was also set to first admit B.Ed graduates to the REET level.

Order and observations of the court

Analyze Section 23 (2) of the Law on the Right to Education, the Court found that the central government has the power to relax the qualifications required for the appointment of teachers if a state does not have a sufficient number of institutions offering courses or training for teacher education or teachers with minimum qualifications.

In this regard, the Court took into account the fact that the central government has not started collecting data on the number of vacancies versus the number of eligible applicants in order to exercise its powers under Section 23 subsection (2) of the RTE Act.

Therefore, when analyzing paragraph 1, the Court found that the power of the central government to issue guidelines under section 35 (1) of the RTE Act does not extend to the NCTE as the academic authority designated under paragraph 1 (1) of section 23 of the RTE law.

Noting that the NCTE must not be guided or bound by an instruction of the central government in determining the minimum qualifications for the appointment of teachers, the Court took the following view:

“… the central government cannot trace the source of the authority to issue such instructions to the NCTE when exercising its powers pursuant to Section 23 subsection (1) of the RTE Act. The powers of the NCTE to determine regulations on the minimum qualifications for the appointment of teachers can be found primarily in Section 23 subsection (1). In exercising these powers, the NCTE is Not to be guided or bound by an instruction from the central government. We do not find any such powers that central government has under the RTE Act. The HRD Ministry could therefore not have asked the NCTE to carry out the changes in question. “

In fact, the court found that the NCTE believed that B.Ed. can be recognized as a substitute qualification within the meaning of the KVS if a sufficient number of otherwise qualified applicants is missing.

“The HRD Ministry overruled this NCTE opinion and ordered that B.Ed. can be recognized as an additional qualification for all schools. This was clearly beyond the power of the central government“Added the court.

The court also found that B.Ed. in itself is not a sufficient educational qualification and only for this reason the MHRD wanted and the NCTE introduced the requirement of passing the bridging course.

Under these circumstances, the court found that the complaint from the NCTE of June 28, 2018, was illegal as it was under the direction of the central government, although the Union had no power to do so under Section 23 (1) of the RTE Act.

The court also found that this did not apply to the exercise of the powers of the central government pursuant to Section 23 Para.

“Admission of a candidate with B.Ed. Degree as qualified to practice and then to complete the bridging degree within two years of the appointment, has the character of a relaxation of the existing entry requirements, which the central government only in the context of § 23 paragraph on the existence of circumstances that are necessary for the exercise of this authority required are, “The court concluded with the instruction that the petitioners who appeared in REET as part of the interim order of this court may not be processed further.