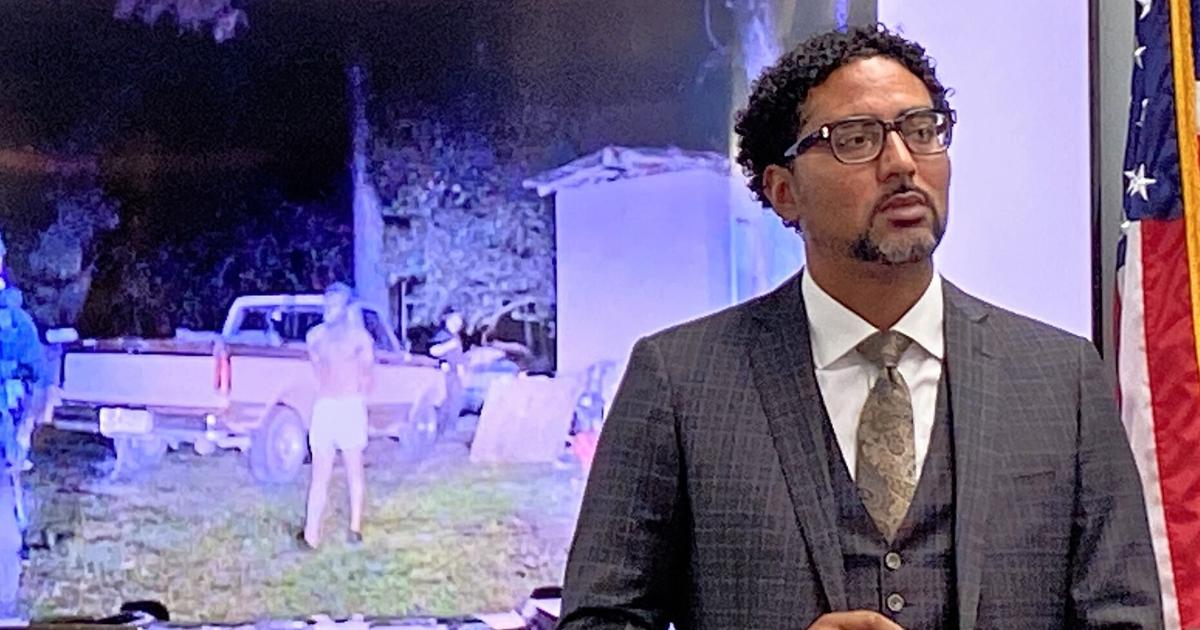 The towns of Santee and Holly Hill are being south after two people were allegedly forced out of bed at gunpoint following a personal dispute with a police officer.

“What this was was the epitome of an improper, illegal and unconscionable flex. ‘We’re the police. This is training day,’” Rep. Justin Bamberg, D-Bamberg, said during a Wednesday press conference.

Bamberg, an attorney, is representing Shane Glover and Codie Fuller. They were living together on Aug. 2, 2020 when three law enforcement officers allegedly forced them out of their home at 2:30 am

Glover was in his underwear and Fuller was wearing pajamas.

The incident remains under investigation by the SC Law Enforcement Division, according to SLED spokesperson Renée Wunderlich.

Bamberg claims that three police officers – two from Holly Hill and one from Santee – went to the residence that Glover and Fuller shared in an unincorporated area of ​​Orangeburg County and forced the pair out of their home at gunpoint.

Glover and Fuller were freed from their handcuffs after approximately 20 minutes, Bamberg said.

But the two were “humiliated, physically accosted, effectively kidnapped without legal justifications and permanently injured by the actions of the agents, employees and representatives of Holly Hill and Santee,” according to lawsuits filed against the two towns on Monday.

Glover was riding through Holly Hill when he drove by a gas station and saw a certain Holly Hill police officer.

Bamberg maintains that Glover called 911 to tell dispatchers that he was going to “roll up” on the officer at the gas station and didn’t want there to be any trouble between him and the officer.

Bamberg claims Glover believed the officer had “inappropriate personal conversations” with Fuller and others asking about why she was dating him and about puppies he owned.

By the time Glover reached the gas station to speak with the Holly Hill officer, the officer was gone.

Hours later, the officer and two others allegedly went to the home shared by Glover and Fuller.

Bamberg provided news media with videos that he claims are from dashboard and body cameras of the three officers.

In a portion of one video, Glover asked an officer, “What would you like to know about me, sir?”

“I would like to know if you have puppies,” the officer answers.

In another portion of the videos, Glover explains why he called 911 hours earlier when he was driving through Holly Hill.

The officer told Glover that saying “roll up” was a “threat.”

Bamberg said at Wednesday’s press conference, “All of this threat talk is nonsense. That’s nonsense because if anybody thought that there was a valid threat, then the proper process would’ve been followed.”

Bamberg explained the officer would’ve called a judge and gotten a warrant for threatening a public official, but that wasn’t done, he said.

Later in the morning, Glover called the Orangeburg County Sheriff’s Office to ask why officers came to his home, Bamberg said.

The sheriff’s office told Glover that they didn’t send deputies to the home, according to Bamberg.

The police chiefs of both Holly Hill and Santee aren’t saying much about Bamberg’s claims about the officers, who no longer work for those agencies.

“The Holly Hill Police Department doesn’t comment on pending litigation, but it’s a shame that someone like Justin Bamberg can grandstand and twist facts. We look forward to the truth coming out in the court process,” Holly Hill Police Chief Josh Detter said.

Santee Police Chief Joseph Serrano said he didn’t wish to make any comments about the matter.

One of the officers, reached by text, said he had no comment at this time. The other officers could not be reached.

Bamberg said there’s a two-year statute of limitations for lawsuits on state torts.

Bamberg said that he, Glover and Fuller tried to wait for the outcome of SLED’s investigation, but knew they had a deadline to meet before the statute of limitations would expire for suing the two towns.

Get the latest in local public safety news with this weekly email.