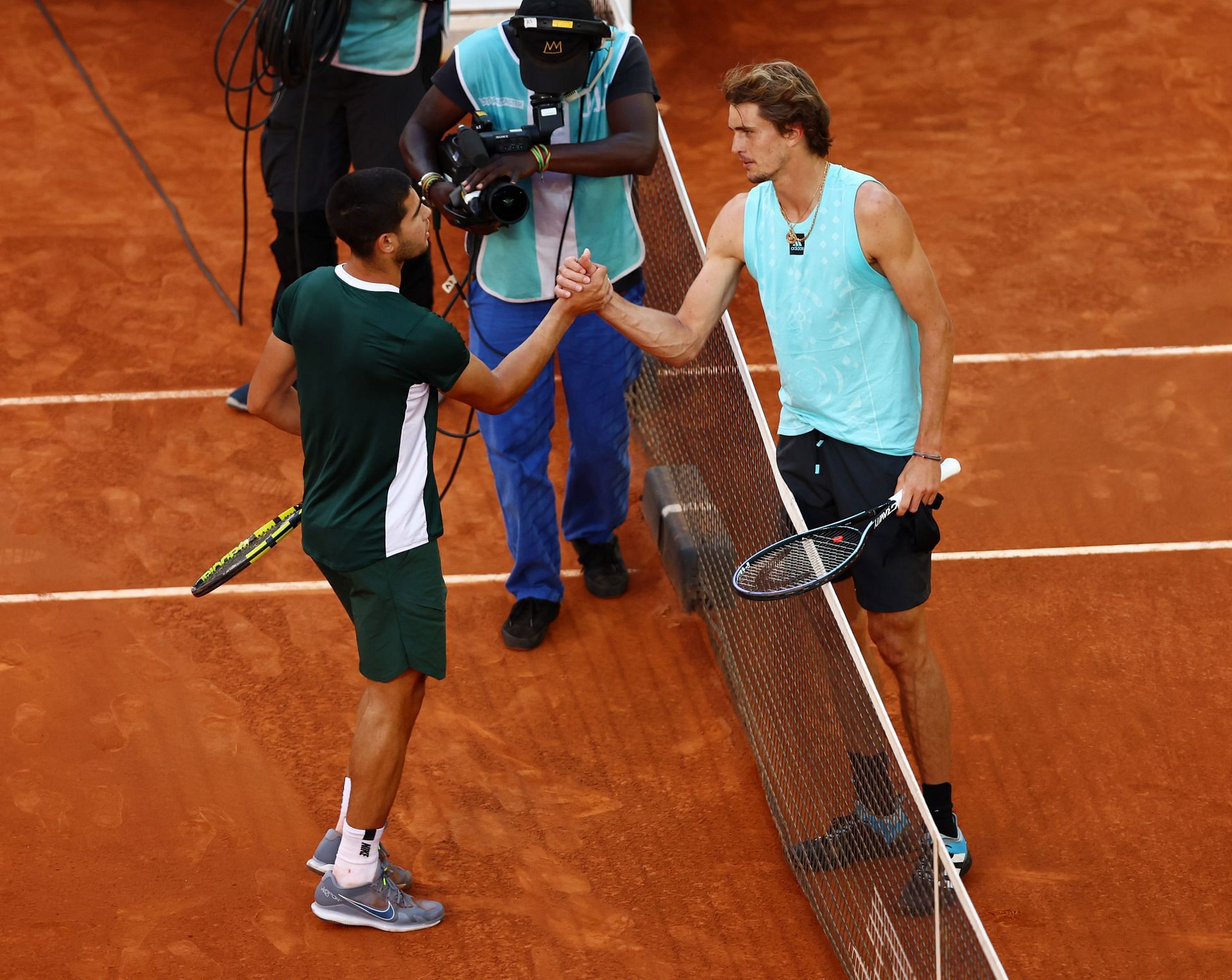 Alexander Zverev lashed out at the ATP’s scheduling system after crashing to a 6-3, 6-1 defeat against Carlos Alcaraz in the final of the Madrid Masters on Sunday. The German revealed that he would often have to go to bed very late, presumably because he was assigned the last match of the evening session a couple of times.

Zverev looked hapless right from the start on Sunday, failing to hit routine shots and struggling to generate enough power to trouble Alcaraz.

When asked to pinpoint the reason behind his poor performance during his post-match press conference, Zverev made it clear that he did not want his excuses to take anything away from Alcaraz’s sublime performance.

Zverev’s semi-final clash against Stefanos Tsitsipas went the distance on Saturday and finished past midnight. He probably also needed to spend a few extra hours recovering, revealing that he went to bed past 5 am

The German reckons the ATP is to blame for the messy scheduling.

The 25-year-old further stressed that it is difficult to face a player of Alcaraz’s caliber in a tired state, let alone beat him. He described some of his struggles on court, particularly how he failed to find the right timing on his shots on a few occasions.

Zverev wasted no time ripping the ATP for the scheduling once he got into press after losing the Madrid final.

Zverev wasted no time ripping the ATP for the scheduling once he got into press after losing the Madrid final. https://t.co/BXhxCBawjv

During the press conference, Alexander Zverev admitted that even though he might have given Alcaraz a tough fight if he was well-rested, the result would likely be the same.

“I don’t want to take anything away, and obviously today, even if I’m fresh, probably I wouldn’t beat Carlos, but definitely would be a better match,” he explained.

Interestingly, Zverev hinted that he might have “partied” on one of the nights he stayed up.

“At the end of the day, I think all of us have stayed up late, all of us maybe partied sometimes, but if you are staying up until 4:00 am, the next day, you are dead,” the German continued. “I played the next day. If you’re doing it again, the next day until 5:00 am, you will have a difficult time to be even awake.”

Having declared his list of excuses, Zverev made it clear that Alcaraz fully deserved the win, calling the latter the “best in the world.”

That said, the German reiterated that he could not bring forth his best tennis in the light of his exhausted state.