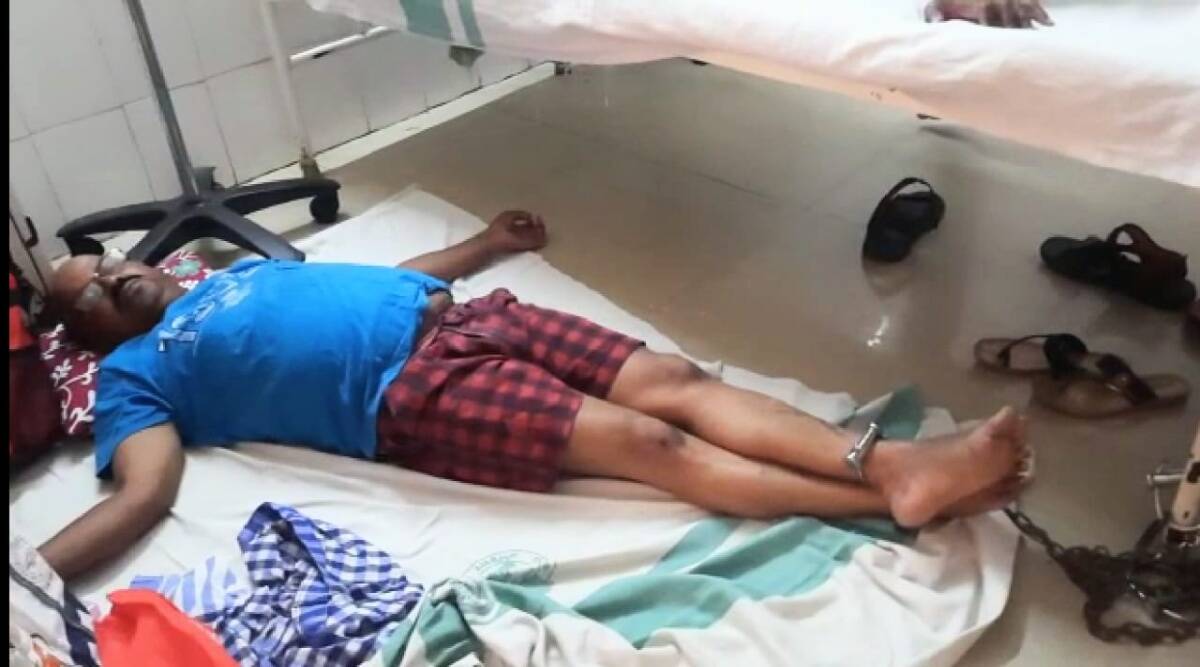 An investigation has been ordered after a viral image on Thursday showed a journalist of an Odia newspaper chained to a hospital bed in Odisha’s Balasore district, the police said. Loknath Dalei was arrested following an altercation with a home guard after their vehicles collided on Wednesday, officers added.

Balasore police superintendent Sudhansu Sekhar Mishra said a detailed report has been sought in the matter from the concerned police personnel and necessary action will be taken.

He was first taken to a primary health center and later to the Balasore district health headquarters. “There were three policemen around to keep a watch on me. They made me lie down on the floor and chained my legs to the hospital bed from 7 am to 12 noon,” the journalist alleged, adding that he will take up the matter with the National Human Rights Commission.