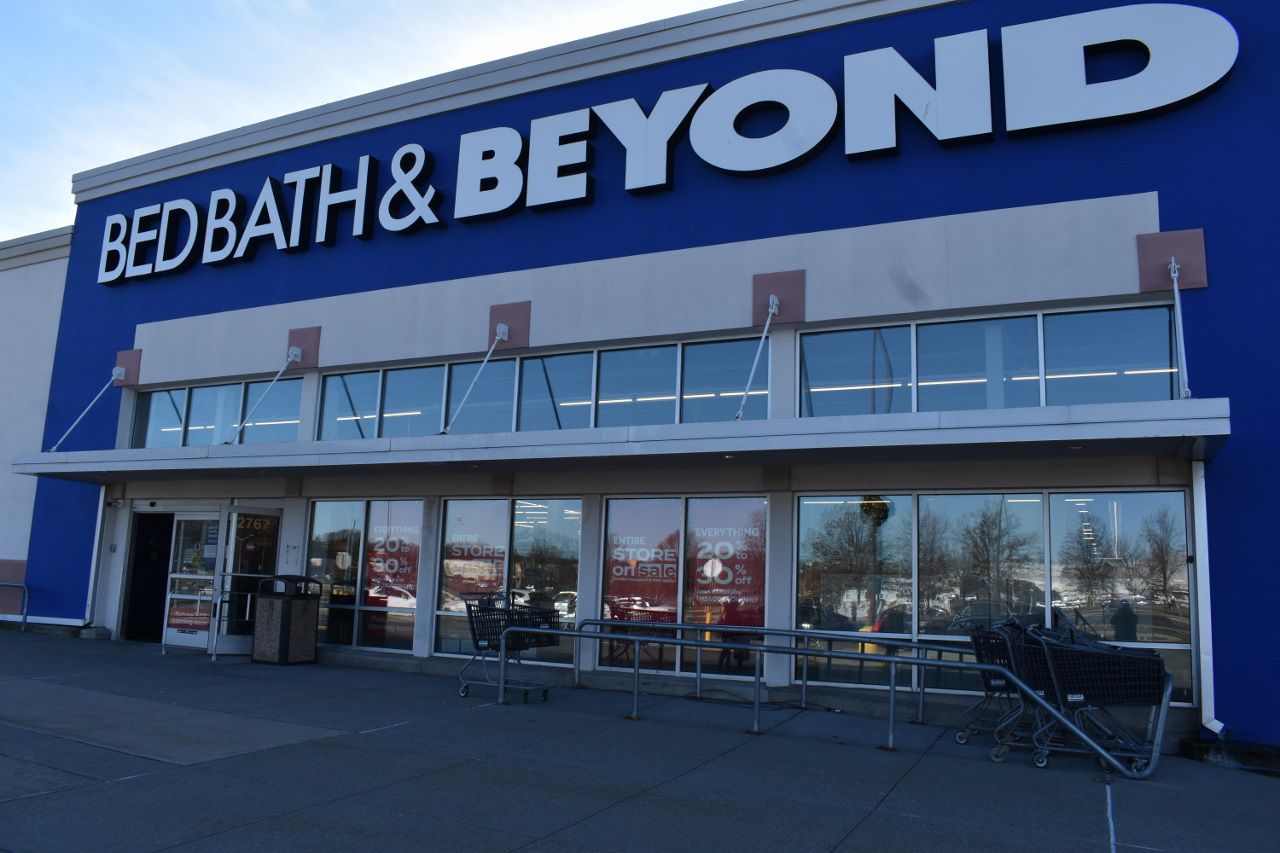 STATEN ISLAND, NY — Selling sheets, towels and small kitchen appliances is not an easy business. In fact, retail as a whole is one large competitive game. The recent news of Bed Bath & Beyond’s Staten Island departure is proof, as the company recently announced the New Springville location will be closing its doors for good. But BBB is not the first corporation to leave a hole in our business landscape.

The number of Staten Island chain stores declined by 0.4% in 2022 during a year that was characterized by economic uncertainty and marked inflation, according to a new study.

Here’s a look at some other top brands that have vacated the borough.

The New Springville and New Dorp outposts of this discount brand closed in 2012 and 2017 respectively, leaving residents without any of the cherished soft pretzels, cherry-flavored ICEEs, fashionable Jaclyn Smith separates and Martha Stewart towels.

The store, which had held a strong presence in the borough for more than 30 years, admittedly couldn’t compete with Walmart’s low prices and Target’s trendier offerings, and it filed for Chapter 11 bankruptcy protection in early 2002 — becoming the largest US retailer to take that step.

There were efforts to save the store, but a recession and Amazon stood in the way. Before closing both of its Staten Island stores five years ago, nostalgia was basically all that the borough Kmarts were selling.

Sears closed its doors for good in 2019, after 46 years as an anchor store at the Staten Island Mall, New Springville. Prior to the closure, the struggling brand filed for Chapter 11 bankruptcy, and liquidation sales started at locations around the country.

Once advertised as “Where America Shops,” boasting merchandise lines from supermodel Cheryl Tiegs, Sears Roebuck was once the world’s largest retailer, according to Fox Business. The brand had nearly 3,500 stores including 2,350 full-line and off-mall stores, and 1,100 specialty retail stores. Sears also had a portfolio of prominent brands and operating businesses, including Kenmore, DieHard, Craftsman, Sears Home Services, Sears Auto Centers and Innovel.

The toy giant shut down in New Springville in 2018 after the brand announced the closure of more than 700 Toys R Us stores across the country, including both the Toys R Us and Babies R Us in New Springville. Approximately 31,000 employees nationwide lost their job when the company filed for bankruptcy and liquidated its inventory. Four years after its closure, the Staten Island store still remains vacant.

Modell’s Sporting Goods announced it would liquidate and close all of its stores — including three on Staten Island — following a Chapter 11 bankruptcy filing in 2020.

The New Springville location of Linens-N-Things officially closed its doors in 2008 after the company filed for bankruptcy. The decision came after the home furnishings specialty retailer was unable to find a buyer to keep the stores open and sold the chain to a consortium of liquidators.

Staten Island’s only Circuit City store — located in New Springville — shut its doors in 2009 after the brand failed to find a buyer or secure refinancing under Chapter 11 bankruptcy protection. The company liquidated its remaining 567 US stores and laid off about 34,000 employees.

The Staten Island Pier 1 Imports store in New Springville shuttered as part of a mass closing of 450 of the furniture chain’s US operations in 2020. The store was soon replaced by a Bob’s Discount Furniture location.

The borough’s five Staten Island RadioShack stores closed after the century-old business filed for Chapter 11 bankruptcy protection in 2015, and the retailer announced the sale of its 4,000 stores.

This craft destination was a go-to spot for flowers and yarn for years before financial difficulties forced its closure in 2004. The property was floated as the site for a potential Target or Kohl’s, but both deals fell through. The Mill Road address now houses Sunrise Senior Living Facility.

EJ Corvette opened in 1964 in New Springville, on the site of a former chicken farm.

The large department store, which had a second location in Oakwood, was a popular destination to shop for vinyl records, clothes and appliances since its opening in 1964 by EJ Korvette. The business was purchased by the Agache-Willot Group of France in 1979, which declared bankruptcy a year later. In 1981, the Staten Island store shut its doors for good.