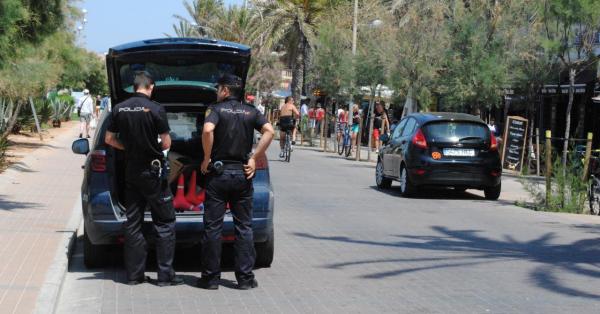 On Saturday morning, a 22-year-old German tourist was arrested by the National Police after he had entered a hotel room in Playa de Palma and got into a bed where an eight-year-old girl was asleep.

At around quarter to three, the hotel called the National Police. The girl had woken up and her screams had alerted her parents in the adjoining room. When the police arrived, the 22-year-old male was almost asleep. When officers woke him up, he reacted violently and was arrested.

It would seem that he had been with a group of friends and had got extremely drunk. At some point, he was separated from these friends, who went to the police station later in the morning in order to report him missing. They were able to verify his identity, as he was in the cells.

His hotel is next to the one that he had entered. It is believed that he had been confused because he was so drunk. How he managed to get into the room where the girl was sleeping is being investigated. The child was not harmed but was greatly shocked. He was charged with trespass and attacking police officers.