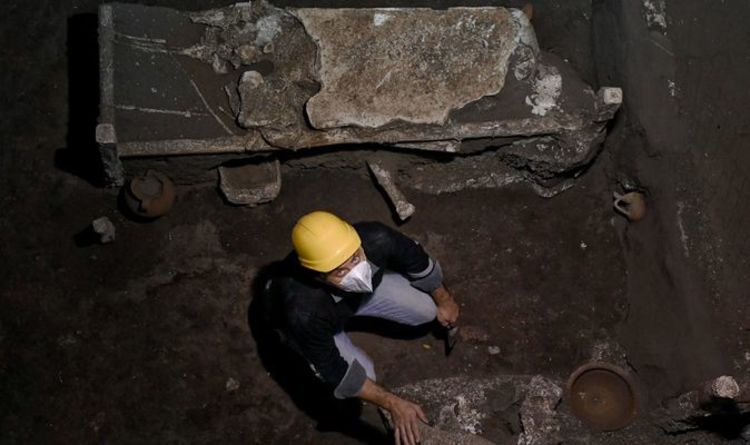 He added: “Most noticeable is the narrowness and insecurity of this room, which was between a dormitory and a storage room of only 16 square meters.”

He described the claustrophobic dimensions of the room as one who “hits one with the severity of his misery, like a punch in the stomach”.

He called the scene a reminder of the “raw reality” of the conditions under which those lived who were least respected in ancient Roman society.

The General Director of Museums in Italy, Massimo Osanna, stated: “The study of this room will allow us to obtain new information about the living conditions and the life of the slaves in Pompeii and in the Roman world.”