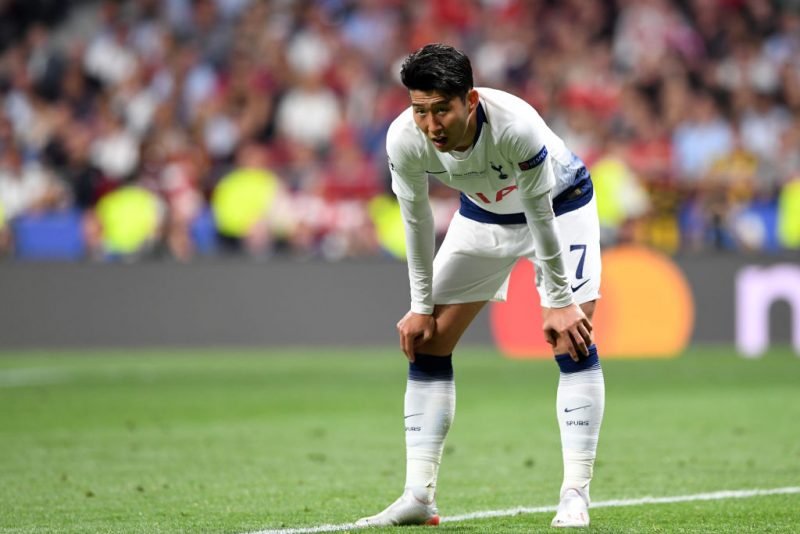 He’s not paying it too much heed.

Antonio Conte has put to bed any fears about Heung-Min Son’s form, as the Spurs attacker has failed to hit the ground running so far this season.

Son is yet to score so far this season, after being the Golden Boot winner last year, and in general just doesn’t look as dangerous for Tottenham.

Son’s poor form hasn’t held Spurs back so far though, as they are still undefeated, with seven points from a possible nine.

Conte, speaking on Friday, said that Son missing chances does not worry him, and that he will get a break soon.

Hey said: “You know well that we are talking about a really important player for me and for the club. I think Son has had the chances to score, but there are moments when you get lucky or a bit unlucky.

“There is no problem with Son… The commitment is always very high, I’m happy with his performance.

“I don’t see any problems with him. You know well that when you’re a striker, you like to score, and then you’re happy. But at the same time you have to put the club first.

“It’s not a real problem, I repeat he is an important player. I’m sure when he scores again he will gain the right confidence.”

🗣 “There is no problem with Son. The commitment is always very high, I’m happy with his performance.”

Antonio Conte on the slow start to the season from Heung-min Son pic.twitter.com/N65jvoNDsy

Son has more competition for his place in the team this season, following the arrival of Richarlison from Everton.

Richarlison is currently operating as an option off the bench, which has worked well for Spurs so far, but it wouldn’t be a surprise to see him given a start at some point in the near future.

Next up for Conte and Son is a difficult trip to Nottingham Forest on Sunday at 4.30pm, where the South Korean talisman will be hoping to get off the mark for the season.