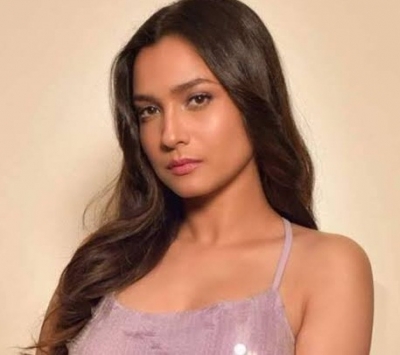 Mumbai, December 8th TV actress Ankita Lokhande, who is about to marry Vicky Jain, was hospitalized after suffering a leg injury.

The actress sprained her leg during dance training with Vicky for the “Sangeet” ceremony, after which she was hospitalized.

Although Ankita was released from the hospital, doctors advised her to rest in bed for a few days. Ankita and Vicky have been together for a long time and will get married on December 14th at the Grand Hyatt in Mumbai.

Previously, Ankita hosted a fun bachelorette party that was attended by familiar faces like Srishty Rode, Shraddha Arya, Amruta Khanvilkar, and Mrunal Thakur. In another ceremony, both Vicky and Ankita were seen dressed in traditional Maharashtrian attire as part of the pre-wedding celebrations, and images of the event had gone viral.

Disclaimer: This post was automatically published via an agency feed without any changes to the text and has not been reviewed by an editor