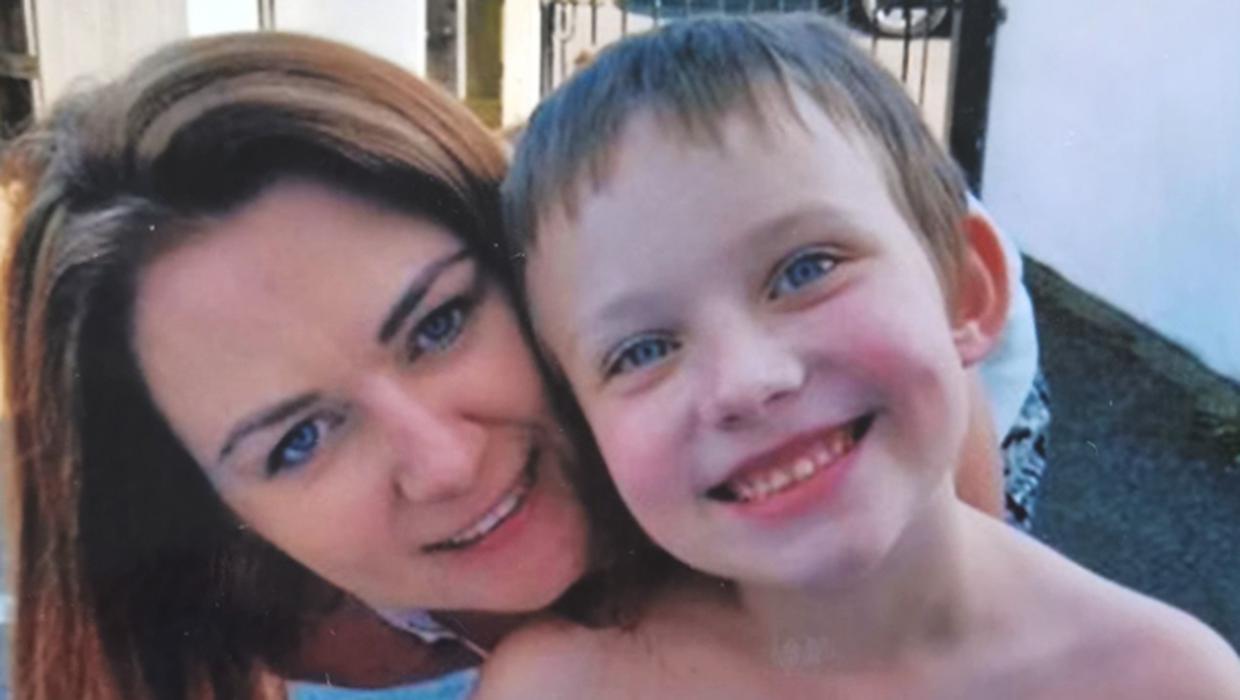 A heartbroken mum and aunt say their lives will never be the same again after the death of 12-year-old Callum Fitzsimons.

ikki Fitzsimons’ son was found unresponsive in his bed by his aunt Colleen on the morning of April 27. They screamed for help and started CPR but Air Ambulance medics declared Callum dead at the scene in their Downpatrick home.

Callum on his sixth birthday with a McDonald’s cake

Callum on his sixth birthday with a McDonald’s cake

Now the women face an agonizing wait for answers, pending a possible inquest, after an initial pathologist’s examination found Callum’s cause of death to be unascertained.

Nikki (35) says: “He’d been at school as usual the previous day, we’d been for a walk that evening, then we went back to Colleen’s house. Callum was playing on his VR in the front room.

“When we got home around 8pm Callum said he had a sore head, so I gave him Calpol and got him into bed because he was burning up. I got into his bed with him until he was settled and asleep, then I went to my own bed

“I just thought it was a bug; I thought he was saying it to get off school the next day.

“The next morning Colleen came round — she only lives around the corner. She went into Callum’s room and she started shouting for me.”

Callum on holiday in Tenerife when he was seven

Callum on holiday in Tenerife when he was seven

Colleen adds: “I saw him in bed and at first he just looked like he was peacefully sleeping, lying on his back. But then I realized his lips were blue. I couldn’t wake him up.

“We started CPR. The paramedics came and the Air Ambulance. When they told us he had passed I just remember we dropped to our knees. We had so many plans for him — so many adventures to look forward to.”

Callum was Nikki’s only child and was brought up “surrounded by women”. He was doted on by his mum, by Colleen (33), her partner Michaela Reid (32), and his nanny Pauline Fitzsimons.

Liverpool fan Callum had been diagnosed with autism as a toddler but his family say it never stopped him meeting people or making friends.

“When he was about four a speech therapist told me he’d never talk,” remembers Nikki. “It broke my heart that he might never be able to call me mum.

“I did loads of work with visual aids to get him speaking — things like sticking photos of the car and Asda on the door when we went out.

Nikki Fitzsimons with her son Callum as a little boy

Nikki Fitzsimons with her son Callum as a little boy

“By the time he was in school he was chattering away. He loved science and space, he was always telling us about the universe, galaxies, stars, transportation and wormholes. He said he got it all off YouTube.”

Colleen explains she felt like a “father figure” to Callum, a pupil at Blackwater School, who spent many happy evenings gaming in her front room or bouncing on a trampoline in her garden.

She and Michaela have dogs and Callum shared their love of animals.

“We loved our days out together, taking the dogs to the beach,” recalls Colleen. “He was on my trampoline with his wee friends all summer and he loved his devices. He’d be on his Xbox with a phone beside him, surrounded by tech.”

Lincoln McKeever (12), who was one of Callum’s best friends, says: “We liked to play Fortnite or Minecraft, or go on the trampoline. Callum was so funny, he got really hyper when he was winning. But he was also a really kind person.”

Gina Jones (13) grew up with Callum, and says: “We were always round at Nikki’s gaming or playing with the dogs. He had such a good personality, really bubbly and happy. His autism made him even more special. I can’t believe he’s gone.”

After Callum had been declared dead on the morning of April 27, Nikki said she was given some time to say goodbye to him.

“I just climbed into his bed beside him and sobbed,” she tells us. “I was begging for him to come back to us.”

After an initial post mortem examination, Callum was returned to his family for a wake. He was buried in Struell Cemetery and his family decorated his grave with toys, flowers and solar lights.

“I cut my long hair and wrapped locks of it around his fingers in his coffin,” reveals Nikki. “Colleen gave him her favorite silver watch. We’re at his grave all the time now and we release balloons every week with messages for him.

“Sometimes it feels good to be at his grave, it gives me peace, but other days it’s pure torture.

“We haven’t worn matching socks since he died either, because he always loved to put odd socks on.”

Nikki, Callum, Colleen and Michaela were all due to fly to Paris in May for a trip to Disneyland to mark his 13th birthday. Instead, the family held a fundraiser in his memory on May 22 and raised over £4,700 for the Air Ambulance.

They are also inviting family and friends to leave painted pebbles in scenic places and post photos on a memorial Facebook page called ‘Adventures for Callum Fitzsimons in Loving Memory of My Star Child.’

Nikki adds: “Callum once overheard people talking about him being autistic, and asked me when he was going to be cured. I told him he didn’t need to be cured because he was my star child. He loved that, he was delighted. We’d only recently moved into our new house so I’m still finishing decorating Callum’s room for him.

“Some days I tell myself he’s just away at school… It’s the only way I can cope.

“When I think of Callum I vow to never stop exploring. I know we’ll meet again. Colleen always says ‘to infinity and beyond’ to remind herself of him.”