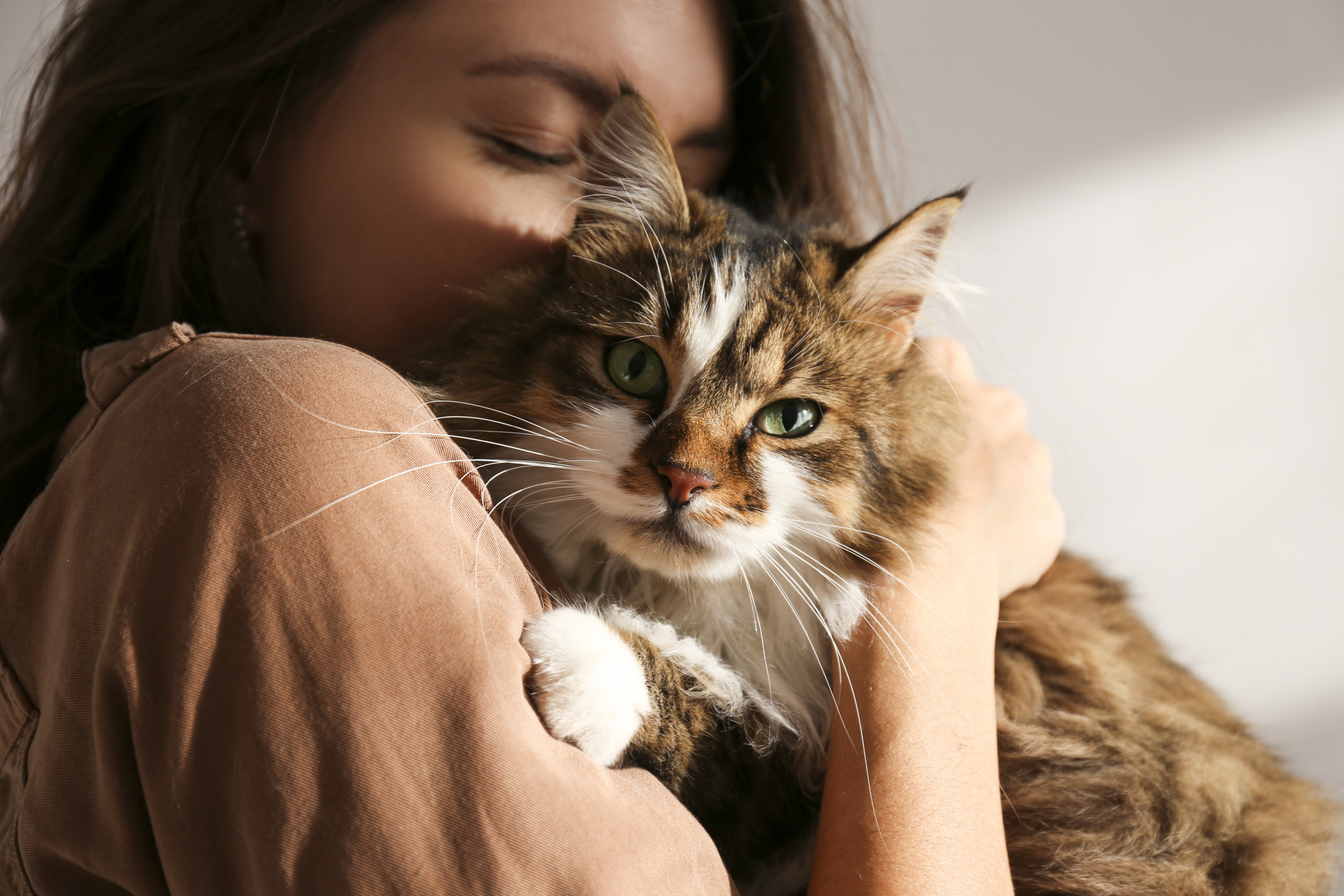 A New York City cat named Cleo has gone viral for cuddling up to its owner, hugging her tight, leaving the internet in tears, and some degree of envy too.

In a video shared on TikTok by the cat’s owner, who goes by the username Okcallie, Cleo can be seen laying on the bed with her owner, hugging her tight as her cat sibling, Luna, sits behind watching.

Cleo and Luna both feature often in their owner’s videos, and the account has got over 887,200 followers and more than 67 million likes.

The video, captioned “my angel cutie kitty beauty queen girls,” was first shared on the platform on Monday and has now gone viral, attracting over 3.6 million views, more than 678,500 likes, 3,424 comments and 12,700 re-shares.

According to recent data published by Petkeen, about 3 million American households own cats in 2021, and 55 percent of millennials consider their cats their children.

About 85 percent of cats adopted during COVID-19 in the United States are still part of their new families, according to Petkeen, and the state with the highest percentage of cat owners is Vermont.

Most users loved the video and the cat, while some wished their cats behaved the same way towards them too. Paige Allen7600 commented: “The way she’s holding onto you.”

Maryssamarlandd pointed out: “and ppl try to say cats aren’t affectionate.” Raaleighnocapolina said: “A majority of cats aren’t like this.” And Emily Harris answered: “I’ve had 11 cats in my life and every single one has been like this. It’s just not immediate towards every single person.”

Other users also commented on Luna sitting right behind by herself. Olivia said: “Luna is always in the background so cute.” And Kelseajones added: “They are so cute!”

Bishop Briggs commented: “You are living my dream.” Ian3ylu said: “stop sooo precious.” And nicole axelrod added: “my cat does this too and it’s the BEST feeling.”

“That’s the cutest thing I’ve ever seen in my life,” said tal G. And Lillian Lloyd said: “My god I want a cat so bad but wish I wasn’t anaphylactic to them.”

“I love the way luna is just watching in the back in every video,” said sav. And ZenWTR said: “Those purrs.” Sasha added: “I wish my cat was like this.”

Another user known asQueen joked: “I showed this to my cat to try to get him to grasp the concept of cuddling.” And Lisamsu12 commented: “Aww.. nothing beats a kitty purr.”

Do you have funny and adorable videos or pictures of your pet you want to share? We want to see the best ones! Send them in to li[email protected] and they could appear on our site.