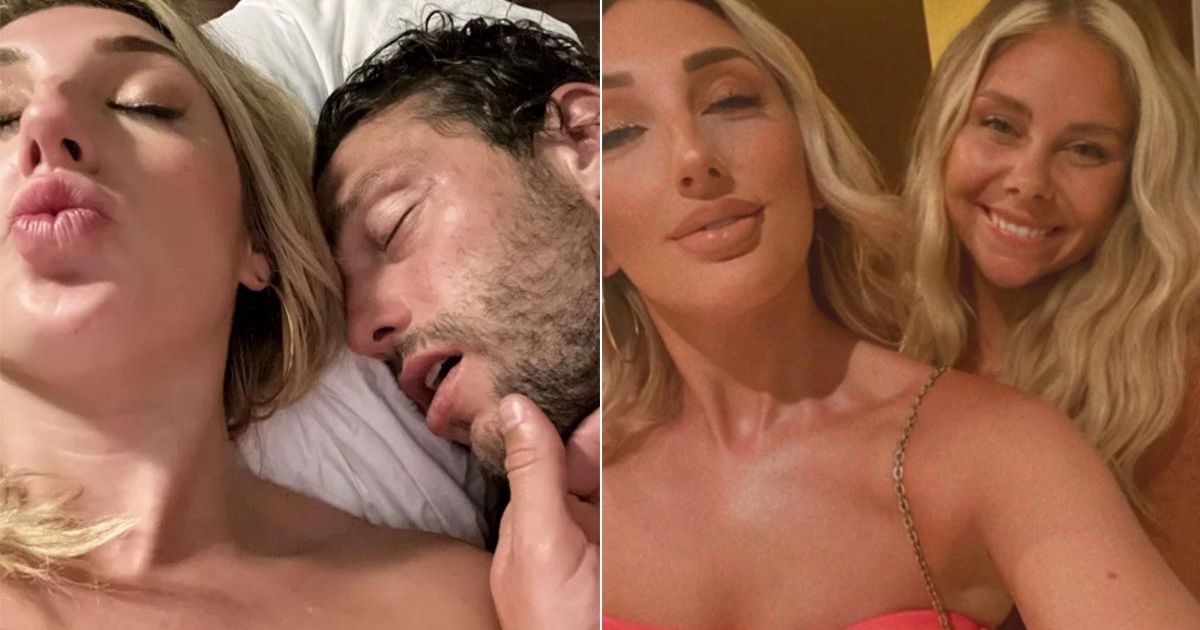 Fresh allegations about Andy Carroll’s stag do have emerged (

Andy Carroll reportedly passed out in bed lying next to two women as fresh revelations about his notorious stag do emerge.

The former Liverpool and England striker, 33, was pictured lying ‘in bed’ next to Taylor Jane Wilkey following his stag do in Dubai – although the 27-year-old blonde maintains “nothing sexual happened” between the two of them and the photo what just a bit of fun.

Carroll is planning on marrying Billi Mucklow next month after proposing to The Only Way is Essex star in 2014. Billi was also in Dubai on her hen do but returned home before her future husband’s celebrations got under way in the United Arab Emirates.

Carroll ended up passed out next to Taylor following a day of boozing in Dubai. The footballer is alleged to have invited Taylor and her friend Phoebe Robb – plus his mates – up to his hotel suite to carry on the party, where the now infamous picture was taken.

According to The Sun, there are more photos from the hotel suite – including one of Phoebe, 26, lying in bed next to ‘bare-chested’ Carroll. These images have not been made public and there is no indication anything sexual happened between Carroll and Phoebe.

It’s believed the majority of Carroll’s stag did traveled back to the UK on Friday evening, with the rest following on Saturday. Billi is said to be standing by her future husband and believes the claim “nothing sexual happened” between him and Taylor.

“Andy has spoken to her – she believes him when he says nothing happened,” a source told The Sun. “Footballers are always surrounded by pretty women and it is something she is used to as a wag. She knows it’s part of being married to a footballer.

“Billi is still angry at him for allowing this situation to occur so soon before their wedding. The whole thing is in danger of taking the shine off what should be the happiest few weeks of her life and she doesn’t want that.”

Mirror football have contacted Billi’s management team about the allegations but are yet to receive a response.

Taylor took a picture of herself wearing Carroll’s personalized robe
(

Explaining Carroll’s afterparty in an interview with The Sun, Taylor said: “It was an afterparty. We all went back to his hotel. There was me, Andy and my female friend. I didn’t sleep with him, it wasn’t like that. There was three of us in the room.

“It was a full day and night of drinking. Andy was steaming. We were all drunk. We went back to Andy’s suite and we played some music and he got into bed and passed out. I was there with my friend until the early hours and took the photo as a joke.”

Carroll is currently a free agent after being released by West Brom earlier this month. He’s previously played for Newcastle, Preston, Liverpool, West Ham, Reading and England – earning nine senior caps for his country between 2010 and 2012.