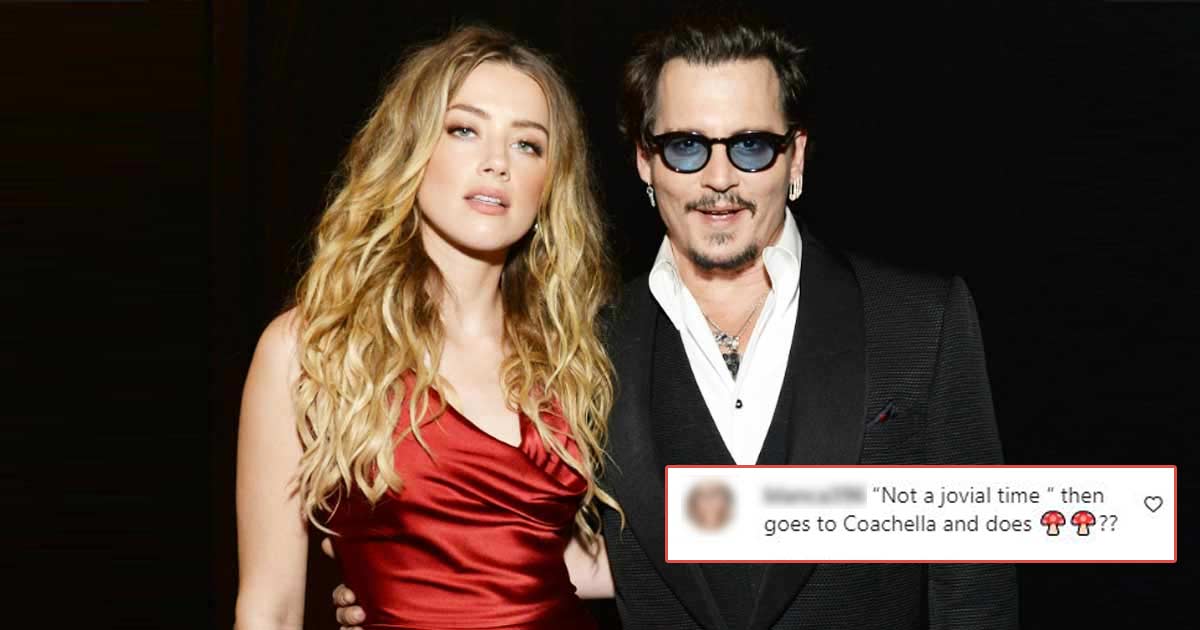 Amber Heard is currently on the stand in the Johnny Depp defamation trial. The actress is making some new revelations and reacting to some of the accusations made by her ex-husband. Amongst others includes the much-controversial poop incident. Scroll below for her reaction to the claims and why netizens are trolling her again!

There have been many infamous acts but everyone was disgusted when Johnny claimed that there were human faeces on his bed. Amber rejected the allegations and claimed it was his dog Boo who had eaten his bag of weed when he was a puppy and had bowel control issues ever since.

Amber Heard in her latest defense said, “My life was falling apart. I was at a crossroads in my life. I was really serious and I had just been attacked on my 30th birthday by my violent husband, with whom I was desperately in love and knew I needed to leave. It wasn’t really a jovial time and I don’t think that’s funny. Period. That’s disgusting.”

Amber Heard had even claimed that the dog pooped after she left with her friends for Coachella. Johnny Depp fans are now making fun of how her life was falling apart but she still made it to the festival to enjoy!

Reacting to Amber’s denying the poop allegations, a user commented, “Yeah right 😂 just like she “never did cocaine”

Another wrote, ““Not a jovial time” then goes to Coachella and does (mushrooms)?”

“Sounds like something that someone who shit in a bed would say,” another wrote.

Another questioned, “How does the judge get through each day listening to this girl???”

“And now we are witnessing Damage control.. too late,” a user wrote.

A Johnny Depp fan commented, “Its funny because you did do it and now you’re saying you didn’t which makes it even funnier. JUST TELL THE TRUTH FOR ONCE IN YOUR LIFE! 🙄sheesh”

Must Read: Amber Heard Calls Elon Musk A ‘Gentleman’, Claims He Supported Her After Johnny Depp Stood Her Up At Met Gala 2016