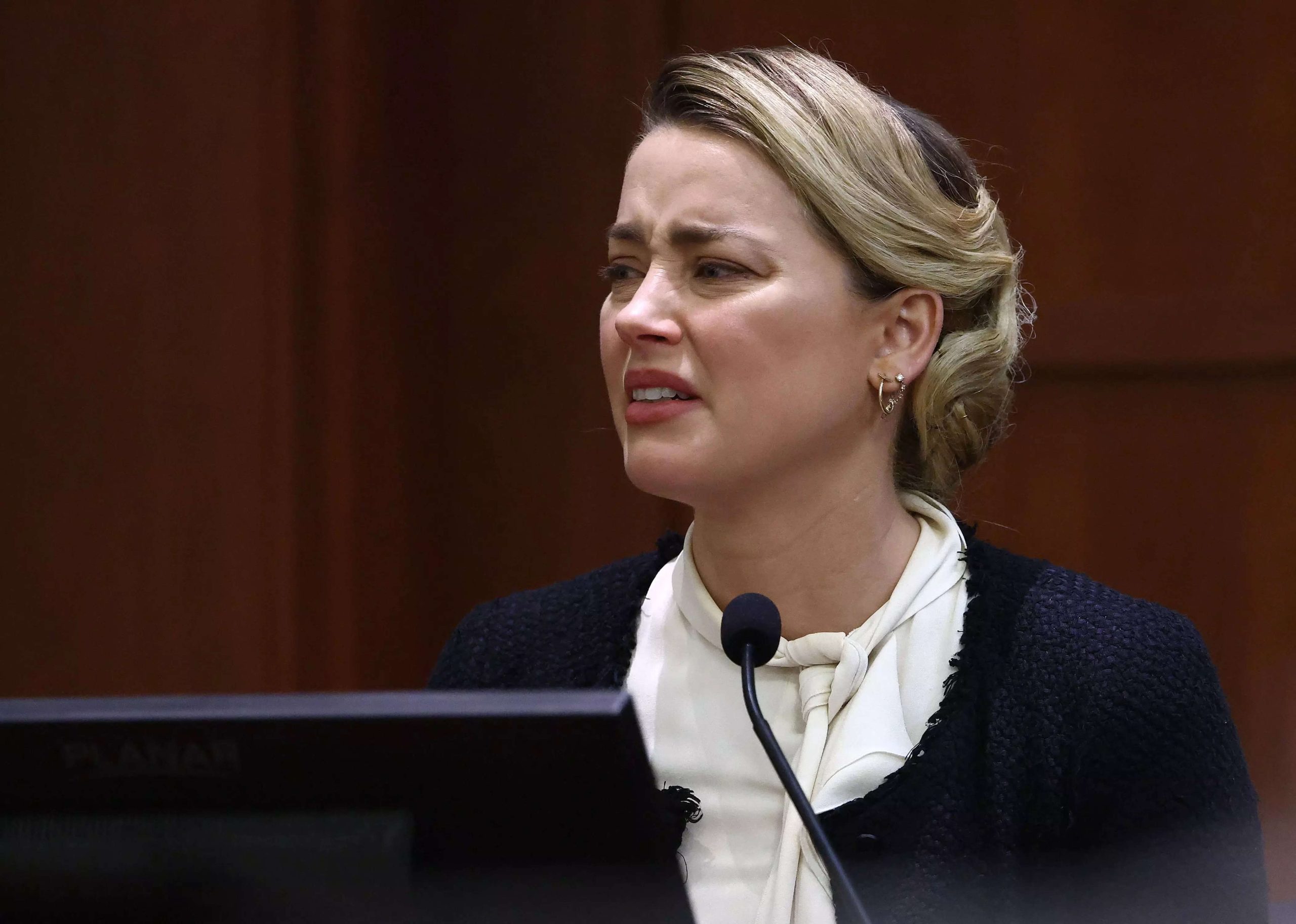 Amber Heard continued to give testimony in court as part of her defamation trial with her ex-husband Johnny Depp on Monday, during which she denied defecating in the bed she shared with Depp on her 30th birthday.

While giving testimony to the court in Virginia several weeks ago, Depp claimed Heard was responsible for fecal matter found on their shared bed after a fight in which he said he was leaving her. Depp said Heard blamed her dogs for the mess in their bed — an explanation that he believed was absurd.

“My initial response to that was, I laughed,” Depp said, describing his reaction to seeing a photo of the feces. “It was so outside, it was so bizarre and so grotesque that I could only laugh.”

Heard firmly denied that she had defecated in the bed as she provided her own version of events on the Monday morning.

“I don’t think that’s funny. I don’t know what grown woman does that. I wasn’t also in a pranking mood,” Heard said on the stand. “I had just been attacked on my 30th birthday by my violent husband with whom I was desperately in love, and who I needed to leave. It wasn’t really a jovial time and I don’t think that’s funny, period. That’s disgusting. ”

Heard said later that she called a friend so that she could convince Depp she didn’t leave the poop in the bed.

“If I could get my friend on the phone to prove this didn’t happen, we could move on,” she said, adding: “We hadn’t seen each other in a month, and his mom had just passed. I couldn ‘t believe he wanted to talk about feces.”

Heard said her friend didn’t answer the phone so she called another friend named iO, who Depp also accused for the feces, according to the actress. Heard said Depp heard the pair on the phone, at which point he threw the phone down on the couch and left the room.

“I pick up the phone and try to apologize for the fact that my husband just screamed at my friend on a cold call. iO said, ‘Get out of the house, get out of the house… you’re not safe,'” Heard said. She continued to say that Depp heard iO’s warning and came “bolting” back up the stairs, grabbed the phone from her, and started screaming down the speaker.

“He called iO every imaginable horrible name that you can say to an LGBTQIA person,” Heard said on the stand. “Just screamed at iO some really nasty stuff: ‘You wanna have my woman now, you wanna have my bitch, take her.'”

Heard said Depp then pulled his arm back and threw the phone at her face, hitting her in the eye.

This is Heard’s second week of testimony as part of the defamation case, which has dramatically unfolded from the Fairfax County Circuit Court in Virginia over five weeks. Depp first filed the lawsuit against Heard in March 2019, accusing her of defaming him in a 2018 Washington Post op-ed in which she described herself as a victim of domestic violence.

Depp alleged that in reality Heard instead physically and verbally attacked him throughout their relationship, culminating with the fight following a dinner party for Heard’s 30th birthday on April 21, 2016, in one of their shared penthouse apartments in Los Angeles. Heard has denied the allegations and countersued, laying out in court filings at least 10 instances in which she says Depp physically abused her, often in what she described were alcohol- or drug-fueled rages.

Heard is set to face cross-examination from Johnny Depp’s lawyers later this week.