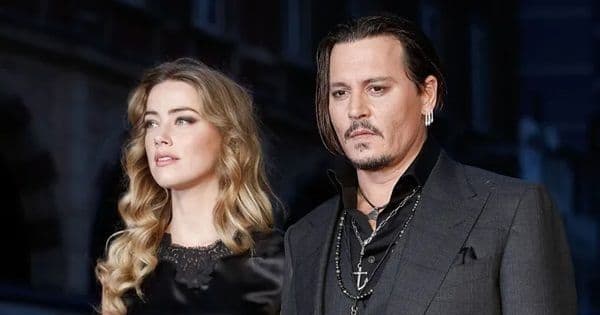 A lot of ugly things have been uncovered so far in Johnny Depp’s $50 million defamation lawsuit against his ex-wife Amber Heard. A member of Depp’s security team has tested at the court trial on Thursday that the Hollywood actor’s ex wife Amber Heard admitted to pooping on Depp’s shared bed after an explosive fight, adding that she called it a ‘horrible practical joke,’ as reported by the insider. Also Read – Trending Hollywood News Today: Amber Heard, Elon Musk relationship deets out, ARMY trips over BTS’ Suga and PSY’s song That That and more

Starling Jenkins, the member of Depp’s security team, has claimed that Heard took the responsibility for leaving her poop on Johnny’s side of their shared bed. He recalled the night of April 21, 2016, when this particular incident has taken place. Also Read – Amber Heard didn’t love Elon Musk, only dated him to ‘fill space’ after split with Johnny Deep; actresses explosive chats revealed

According to Jenkins, it was the night before Heard’s 30th birthday. A party was thrown at the couple’s Los Angeles residence. Deep, had earlier tested in the trial, that he was running late for the party because he was a deep conversation with his business manager about his finances. He had alleged that after the dinner, Heard rebuked and hit him. Deep then left Heard in the apartment and went to his house in Hollywood Hills. Also Read – Johnny Depp-Amber Heard Case: Petition to remove the actress from Aquaman 2 receives two million signatures

The next day, their shared bed was found with feces on Depp’s side, which was discovered by their housekeeper. Addressing the incident, Deep had stated earlier in the trial, “My initial response to that was, I laughed. It was so outside, it was so bizarre and so grotesque that I could only laugh.”

Jenkins had a conversation with Heard about the surprise that she left in the boss’ bed before she left for their Coachella trip with her sister and a friend. Heard then allegedly admitted to Jenkins that she had a fight with Deep and then she threw his personal belongings from the balcony. When Jenkins addressed the ‘defecation’ that Heard left in Depp’s bed, she reportedly told him that it was ‘a horrible practical joke gone wrong.’

Heard tried to blame the incident on her two dogs but Depp contested that he ‘lived with his dogs’ and ‘picked up their funks’ and knew it ‘was not the dogs.’