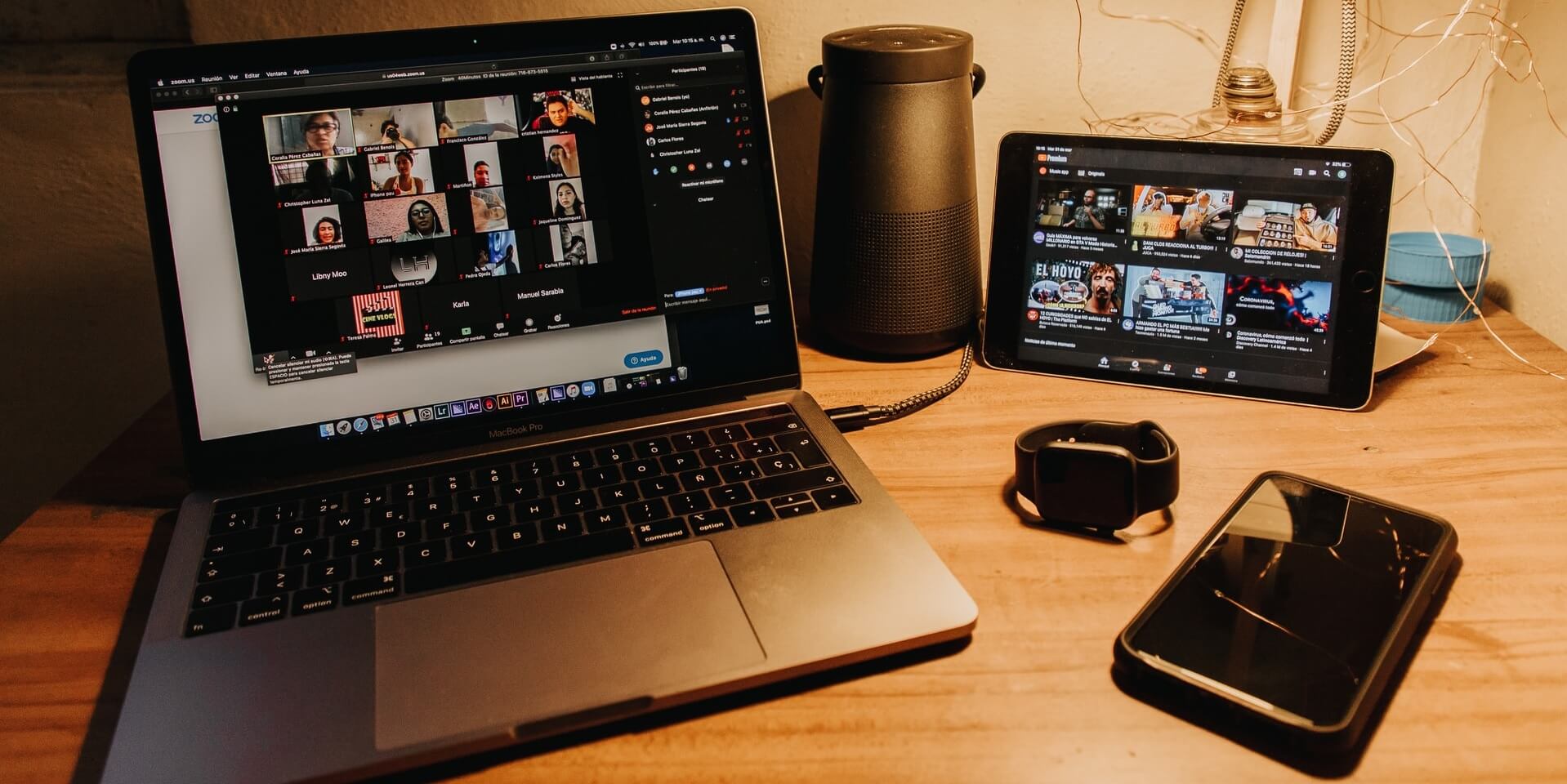 Zoom shared survey data from last year revealing what we’re up to during the meetings and tackling tricky questions such as:

It also shared the average meeting time with a pretty respectable 54 minutes and the most popular day of the week for meetings which it turns out to be Wednesday.

The data shows the breadth and widespread use of Zoom, and as hybrid and remote working guidelines continue to be adopted, Zoom and other web conferencing services are expected to play a vital role by 2022.

The data Zoom itself collects is a fascinating glimpse into a medium most of us use on a daily basis and shows that we are far from alone. Zoom claims its service was used in nearly 200 countries and territories in the last year alone. In fact, at the last official census, it boasted 300 million users – a far cry from the 10 million in December 2019, just before the global pandemic took it to the world stage.

The average length of Zoom meetings is 54 minutes.

We also found out how long the average team meeting lasts at 54 minutes. With a lot of research being done on zoom fatigue and the potential negative effects it can have on collaborating with colleagues from the screen, the length of meetings has become a real talking point. Less than an hour seems appropriate, but it should be remembered that this is an average so some of the respondents would have exceeded this by a long way!

The most popular day of the week for meetings was the middle of the week, with Wednesday taking the top spot. As for the busiest days at zoom, which January 21 was the date on which most tools meeting took place (and also happens to be the national hug day), while it was on Sept. 21 for telephone calls.

As we have adapted to the new technology, we also had to adopt new protocols and etiquette, sometimes without much guidance. If you’ve ever attended a meeting from your bed, the good news is that you are not alone, as almost half of respondents (42%) say they’ve done the same. A smaller number said they attended meetings while walking or even jogging (21%), while only 11% did so using public transport.

There has been a lot of discussion about how to end a video meeting – ending the call can seem a little rude at times, but it seems we now agree. The survey shows that 75% of us like to say goodbye to our colleague before hanging up.

75% of us wave goodbye before hanging up.

Most of us have been to meetings where a coworker forgot to unmute and enthusiastically shares their ideas without being heard. 71% of people have said the phrase “you’re dumb” which should make you feel better if you ever were.

Unscheduled visitors during zoom calls have made over the past year and a half for serenity in social media, and 43% of us have turned up a child, while 36% of their meetings were interrupted by a pet.

43% of people have seen a child crash a meeting gate.

And if you’ve ever felt ashamed of tidying up the part of your room that was visible on call but not the rest, then don’t be so strict with yourself – 43% of people admitted doing the same thing.

43% of people only tidy the part of their room that is visible when they call.

There is no denying that one of the “winners” of the pandemic was web conferencing software. While not a new medium, it has seen meteoric growth in the past two years as people need to communicate both at work and socially.

There are many providers out there, and while zoom is probably synonymous with video calling, there is an entire industry built on it and big names like Microsoft Teams and Google Meet compete hard for your business.

If you are looking for a web conferencing service, you can check out our dedicated guide to the best. You can find an overview at a glance in our table of the most important providers below: