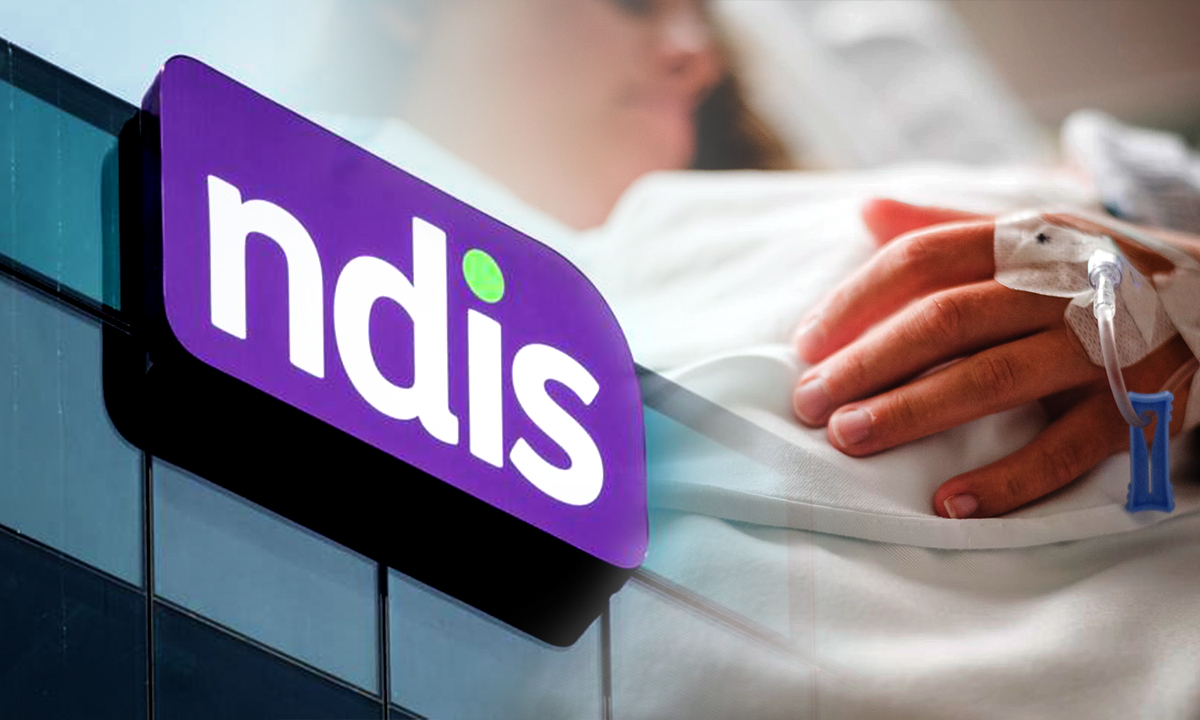 With the state’s health system under siege and the state government attempting to squeeze out additional hospital beds from the private sector, Department of Human Services chief executive Lois Boswell last week said 136 NDIS-eligible patients were occupying hospital beds despite having “no health reason to be there”.

Boswell said the data, correct as of June 24, showed 69 of those patients “have been delayed in their discharge by more than 100 days”.

Fifty-one of the delayed discharge cases were mental health patients.

The cases included one patient who “occupied an entire section of the hospital” taking up “multiple” beds for months. Another involved a patient who caused “very significant property damage” over several weeks at the Royal Adelaide Hospital while DHS scrambled to find appropriate accommodation.

“Regardless of whether or not they take up many beds, they are taking up a bed and security guards and additional staff for quite some considerable period of time,” Boswell told parliament’s Social Development Committee last week.

“Usually [the patients] are being deconditioned themselves. They are losing their function, they are becoming more physically frail and their wellbeing and mental health are through the floor.”

“There are currently a significant number of NDIS participants in hospital who are ready for discharge from acute or subacute settings; however, there are no appropriate accommodation options available for some of these people,” she said.

“Hospitals are inappropriate settings for people with disabilities who are medically able to be discharged.

“Long stays in hospitals lead to functional decline and significant deficits in wellbeing.”

The Australian Medical Association earlier this month accused the NDIS of leaving people with disabilities “languishing” in the state’s hospitals and called for the agency to foot the bill when beds are unnecessarily occupied.

Health Minister Chris Picton has also drawn attention to the problem, describing it on Friday as a “huge issue” and lamenting the lack of “step-up” in NDIS capacity.

“We’re actively exploring if we can use potentially disused aged care facilities and the like that could accommodate some of those patients and make sure that we could free up the more acute beds for people who need more acute care,” he said.

He said talks with the federal government have been “progressing very well” and NDIS minister Bill Shorten was “taking this issue seriously”.

“The letter that I had yesterday from SA Health was that the NDIA is now coming to the party much more in terms of how they can help facilitate getting these people out of hospital,” Picton said.

Boswell, whose submission to the committee raised several concerns about the operations of the National Disability Insurance Scheme, said the NDIS estimated in March there was a waitlist of 228 people seeking specialist disability accommodation in SA.

She said the housing problem was contributing directly to unnecessary hospital admissions.

“This leads to further pressure on the hospital system and leads to poor outcomes for people with disabilities.”

She highlighted the case of one DHS-supported patient who was “relinquished by four service providers in a year” after they were all unable to provide the necessary staffing support for her “complex … needs and behaviors of concern”.

Boswell said the service provider failures saw the patient admitted for a “long-stay” in hospital, requiring support from “three security guards, three nurses and carers on a daily basis”.

“Too often, DHS is seeing new providers – particularly those for profit – promise to deliver but are inexperienced with people with complex needs,” she said.

“These experiences often leave the person with a disability and the worker in untenable circumstances, resulting in social admissions to hospital.”

There is more money, yet we seem to be in a worse situation.

In another case study, a patient who has “both health disabilities and mental health conditions”, fell through the cracks of the NDIS when her service provider relinquished support “after her behaviors caused injuries to staff”.

She was then admitted to hospital under 24-hours supervision for “several months”, Boswell said, needing “several security guards and nursing staff, and taking up a number of beds in the hospital”.

“She occupied an entire section of the hospital and, as I said, took up many beds and resources to keep her safe,” Boswell said.

“There were times, quite frequently, that Mary might instigate up to 10 Code Blacks a day,” Kirkby said, referencing the hospital staff signal for urgent/emergency assistance.

“And in that there could be up to 10 personnel actually needing to work with Mary and having outcomes that nobody wants where she may be shackled to her bed and things like that with security.”

The final case study highlighted to the committee involved an NDIS participant who was living at home under his parents’ care before his behavior “escalated to a point where it became untenable for him to continue to live at home”.

“Unable to support his increasing needs, and without knowing what to do or having any system navigator or connector to turn to, John’s parents had to resort to calling an ambulance, and John was transported to the Royal Adelaide Hospital,” Boswell said.

“The hospital setting was an entirely unsuitable environment for John, who did not at the time have a healthcare need.

“He was not receiving the supports he needed, causing infrastructure damage in the hospital and work, health and safety issues for hospital staff and required security presence.”

Boswell said DHS had worked to “urgently” repurpose a specialist disability home for John to move into, but it took “many many weeks”.

She said the process of discharging John from the RAH was “quick by comparison” to other patients because DHS was under pressure to remove him from the hospital due to the level of property damage.

“The reason that it was quick was that, to be really frank, he was causing significant property damage in the hospital. I’m talking very significant,” she said.

“So we were bent to deal with the problem. Probably if he had been causing less damage, it might have taken even longer – we pulled out all stops to be honest.”

The DHS boss said the department has set up a “Coordination Assessment Team” – comprised of an occupational therapist, a developmental educator and psychologist – to work with NDIS participants to facilitate their discharge from hospital.

However, she highlighted to committee members that the Commonwealth’s in-kind funding arrangement supporting this program is due to end in June 2023.

“We submit that this approach, which acts as a temporary system connector and navigator, should continue with NDIS financial supports and engagement after 2023, when in-kind arrangements cease,” she said.

InDaily contacted the NDIA for comment but did not receive a response before deadline.

Rolled out nationally in 2016, the NDIS replaced a system where state and territory government were responsible for providing specialist disability services, such as accommodation support, with funding support from the federal government.

Boswell – who told the committee she would “never be a person who pretends the state system was perfect” – said the process for speeding up hospital discharges was smoother when the state government ran both disability services and hospitals.

She said the hospital discharge issues had evolved into a “very gnarly problem” as there is a “gap between systems”. 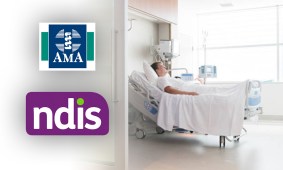 “There were disability coordinators in hospitals under the state system whose role it was to try to coordinate,” she said

“There is more money, yet we seem to be in a worse situation.

“I think that is because the impetus that exists when you have one system that talks to each other, health and disability both run by the state, is a very different kind of pressure … then there is with the NDIS as a largely transactional system. ”

The next disability reform ministers’ meeting is scheduled for July 29. The forum is expected to result in an agreement on a strategy to improve discharge times for NDIS participants from hospital.

Media diversity is under threat in Australia – nowhere more so than in South Australia. The state needs more than one voice to guide it forward and you can help with a donation of any size to InDaily. Your contribution goes directly to helping our journalists uncover the facts. Please click below to help InDaily continue to uncover the facts.