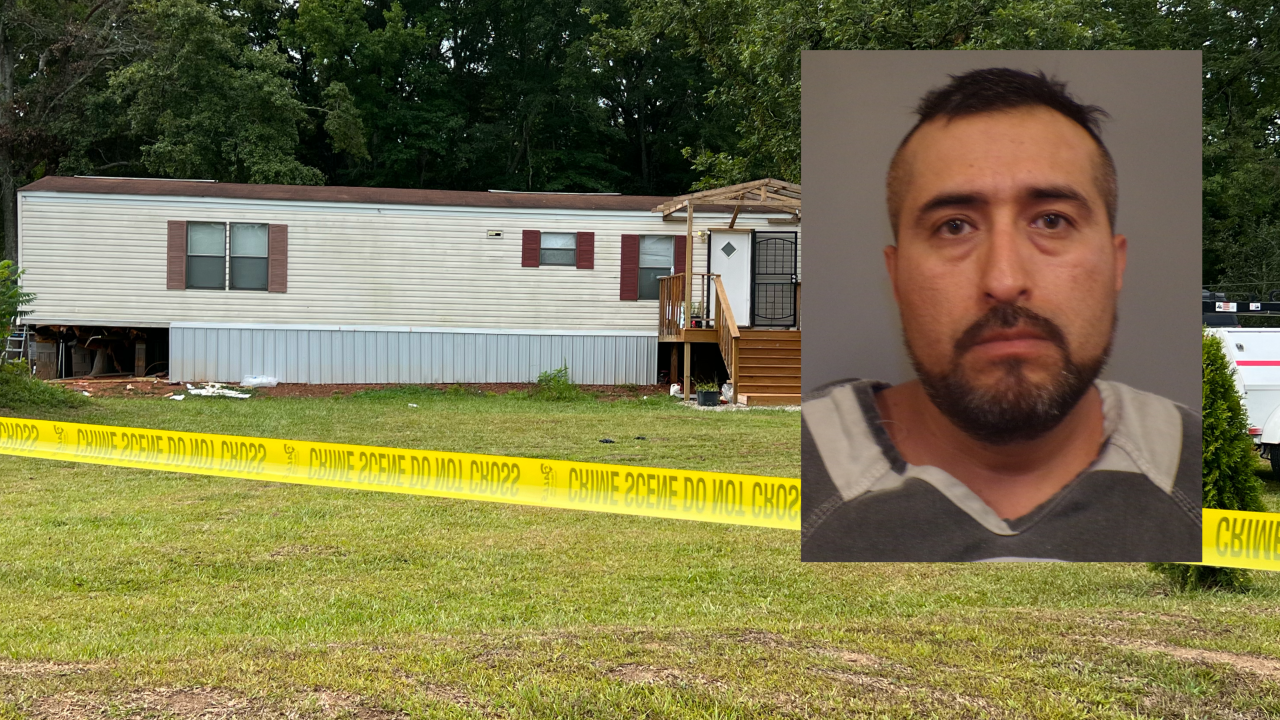 DADEVILLE, Ala. (WRBL) – Chilling details involving an alleged kidnapping and discovery of two decomposing bodies are unfolding at a Dadeville mobile home.

Investigators are calling a 12-year-old girl who escaped the house of horrors early Monday morning a hero.

Detectives say the girl was restrained to bed posts inside the mobile home for more than a week and given alcohol to keep her in a drugged state. Investigators say she escaped by chewing out of her restraints, damaging the braces on her teeth in the process.

The man who lived at the mobile home, 37-year-old Jose Reyes, was arrested Monday, Aug. 1, and charged with kidnapping 1st degree.

Tuesday, Reyes was additionally charged with three counts of Capital Murder and two counts of Abuse of a Corpse after investigators discovered two decomposing bodies inside the residence.

Investigators believe the kidnapping occurred around July 24, with the suspect intending to inflict physical injury or sexual abuse.

Tallapoosa County Sheriff Jimmy Abbett will not say how Reyes knew the child or if the child was related to the two individuals found deceased inside the home. Their identities and cause of death have yet to be released, pending results from the Department of Forensic Sciences.

We do know the child was not reported missing by any relatives. Abbett declined to say if her family had been located or not.

Reyes was located Monday in the Auburn area by US Marshalls and taken into custody. He remains behind bars in Tallapoosa County, on no bond, pending the additional charges.

The investigation began Monday when the sheriff said the girl was seen by a motorist as the child walked along CR 34, down from the mobile home. The motorist called 911, deputies arrived, and the little girl received medical attention.

Multiple law enforcement agencies then began an investigation at the mobile home; that’s when the bodies were located. The metal underpinning of the mobile home was ripped off, and it looks like investigators focused their attention along the ground under the mobile home.

Tuesday, yellow crime scene tape still surrounds the mobile home at the 3400 block of County Road 34, where Reyes lives. Tallapoosa County Sheriff’s investigators remain at the scene. The FBI and Department of Homeland Security are also involved in the investigation.

WRBL will continue to update as details are released.