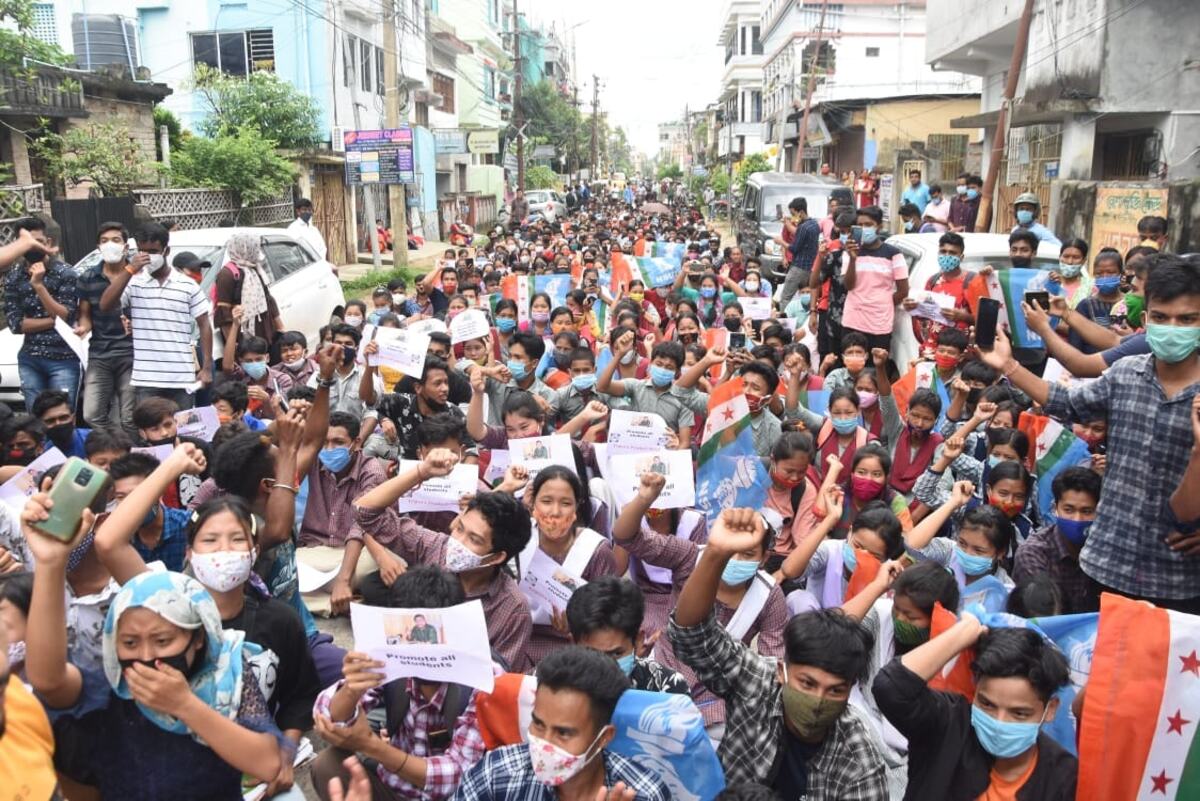 Agartala: With assembly elections barely a few months away, job aspirants for different government jobs are organizing repeated protests to mount pressure on the Tripura government.

On Tuesday, two such pressure groups held separate protests in front of the labor commissioner’s officer and Siksha Bhavan seeking jobs. The first protest was held by the aspirants who appeared in the exam for recruitment of Group C and Group D employees conducted by the Joint Recruitment Board (JRBT), a specially formed panel for recruitment.

The protestors claimed that even after 14 months have passed, the JRBT hasn’t shown any signs of declaring the results.

“You all know that JRBT conducted exams for Group C and Group D held on August 20 and August 22. Fourteen months have already passed. But we don’t see any attempt from the state government’s side to publish the results. During the last assembly session, Education Minister Ratan Lal Nath said the results would be published shortly. We have been left in a confusing state. When the Education Minister says something and the JRBT authorities are deliberately defying the government orders. We fear that the assembly elections could be declared anytime soon and for that our results will be postponed forever,” said a protestor among the JRBT aspirants.

“We the BEd and DElEd qualified aspirants have come here to the TRBT office to inquire about the TET exams for 2022. We have been coming here for a while but did not receive any positive response or clear answer about whether exams will take place or not . But, according to the NCTE guidelines, all the states have to conduct the exams annually. Nine months of this year have already passed and there is no notification about the TET exams”, a member of the delegation said.

So read | Ahead of Diwali, Tripura artisans reeling under clay shortage