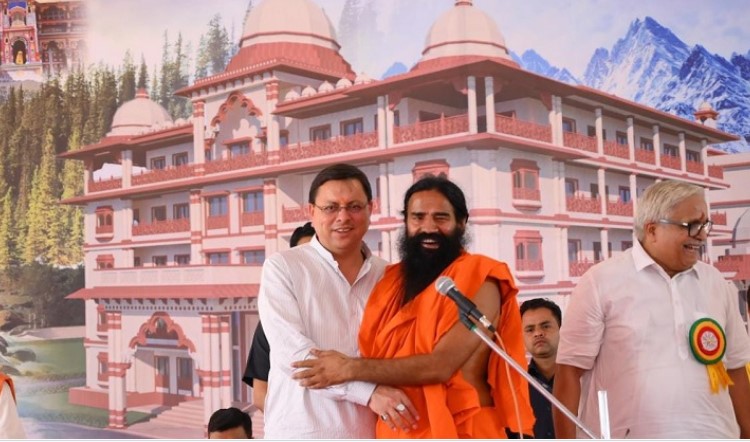 A boarding and lodging facility is being constructed for patients and their family members coming to the All India Institute of Medical Sciences (AIIMS) in Rishikesh, Uttarakhand for treatment. Bhaurao Deoras Seva Nyas, an NGO founded in 1993, has taken the initiative to build this 400-bed Vishram Sadan (rest house). Here, the patients of Rishikesh AIIMS and their relatives will be provided accommodation and food at a very nominal cost.

Sanjay Garg, the trustee of Bhaurao Deoras Seva Nyas, said that the facility, named Madhav Seva Vishram Sadan, coming up at Virbhadra town in the Dehradun district close to AIIMS Rishikesh will be built on 3.5 acres of land that has been leased to the trust . The project is expected to be completed by December 2023 at a cost of Rs 55 crores. He further said that the Uttarakhand government has announced a grant of Rs 50 lakh to the trust for the construction of the facility. Once operational, the patients who have undergone treatment at AIIMS Rishikesh and their family members will be able to find affordable lodging and food here.

The building, which will feature roughly 135 rooms, will have a capacity of 400 beds, according to reports. This building will be built keeping traditional Indian architecture in view. There would be provision for free eye checkups for the patients and their family members in the Vishram Sadan. The center will also include a restaurant, library, auditorium, and meditation rooms, as well as physiotherapy, naturopathy, yoga, and panchakarma facilities.

During the event, the Chief Minister said that, in addition to being a center for yoga, Rishikesh is also a center for health services, as people come from all over the state and beyond to be treated at the All India Institute of Medical Sciences ( AIIMS) facility. The CM described the idea of ​​opening a Vishram Sadan for patients and their kin as a divine service and assured the Bhaurao Deoras Seva Nyas of all possible assistance. Dhami went on to say that the Uttarakhand government would provide Rs 50 lakh to help with the construction of the Madhav Sewa Vishram Sadan.

It’s worth mentioning here that the trust’s upcoming facility in Rishikesh will be the sixth of its kind. Five similar rest houses are already operational near AIIMS in various regions of the country, offering patients and their families affordable lodging, food and various other facilities at nominal rates.