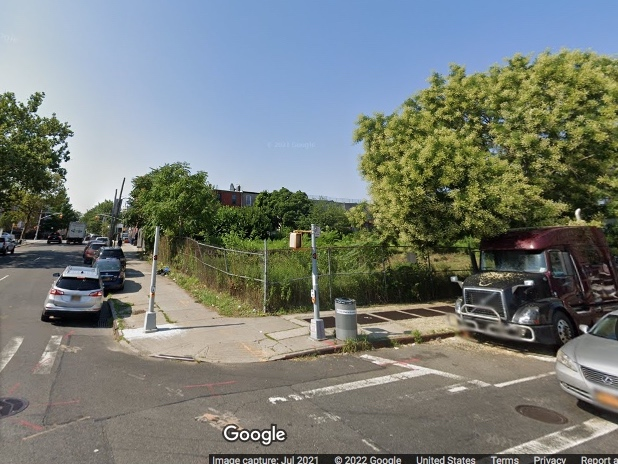 BED-STUY, BROOKLYN — Hundreds of affordable apartments focused on “community wellness” will soon rise on a vacant Fulton Street lot in Bed-Stuy, according to the city.

Officials said last week they are ready to choose a developer to build more than 200 affordable apartments at a city-owned lot on the corner of Saratoga Avenue, one of five properties earmarked for affordable housing under the Department of Housing Preservation and Development’s Bedford-Stuyvesant Housing plan.

The Saratoga Avenue site will be the second under the plan to get underway once a developer is chosen, a process known as “designation” by the city.

Each of the five sites slated for affordable housing under the Bedford-Stuyvesant Housing Plan will be built with a specific theme, chosen after months of surveying residents and community leaders about Bed-Stuy’s needs, according to officials.

At the Saratoga Avenue site, the 220 to 240 affordable apartments will be accompanied by ground-floor space dedicated to wellness and food security. Ideas include an all-purpose community center, a food access or education site and space for fitness or healthy living skills classes, Sadler said.

The property will also include 80 to 100 affordable apartments specifically for seniors, according to the plans.

Sadler’s presentation comes a year and a half since officials unveiled their housing plan.

Researchers found that recent investment in the gentrifying neighborhood has threatened to displace its long-time Black tenants and homeowners, who face aging buildings and disproportionate deed theft. The coronavirus pandemic may only exacerbate the financial and housing insecurity, officials said.

So far, city officials have gotten started on a 100-percent affordable housing complex next to the Saratoga Avenue site known as The Norma, which is set up with the goal of giving first-time homebuyers a chance to own a condo.

On top of building affordable housing, the Bed-Stuy Housing Plan also sent out city officials to help homeowners, particularly those who might be targeted by scams, by inspecting buildings, creating a “homeowner help desk,” homeowner manual and leading tenant workshops.