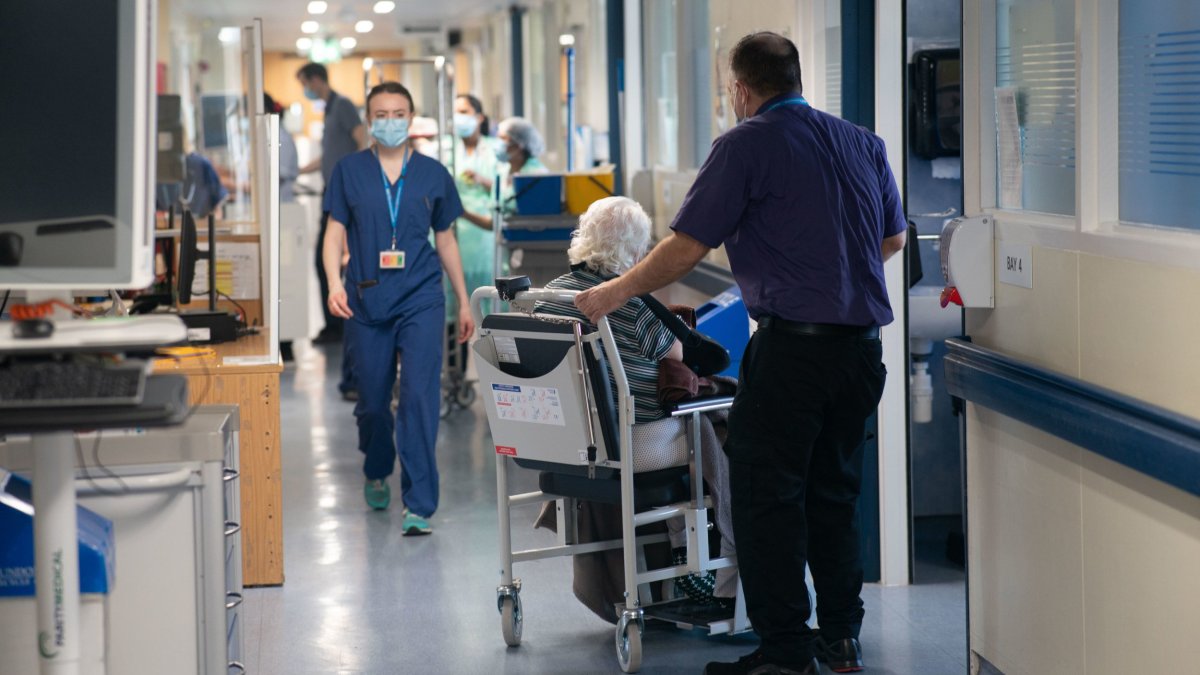 A&E care will never improve unless the Government and NHS focus on reducing “hideously high” bed occupancy rates in hospitals, the president of the Royal College of Emergency Medicine (RCEM) has warned.

Dr Adrian Boyle told MPs on the Health and Social Care Committee that extra investment announced by the Government in recent weeks to help with the winter crisis was welcome, but not a long-term solution.

Dr Boyle said: “We’ve certainly had the worst December we’ve ever had. If you look at the performance figures, on every metric what went on in December was terrible.

“This is a complex, multi-faceted problem. I think we need to be realistic in that just a little bit of [extra] money may not be a magic fix. It’s not a magic wand. We’ve got serious, structural problems that impair our ability to do emergency care.

“We have the second lowest number of beds in the OECD [Organisation for Economic Co-operation and Development].

“We run our hospitals far, far too full with far too high occupancy levels. They are hideously high. [The investment] is a step in the right direction, but it’s going to take a long time to recover from. Things have been going wrong for quite some time and have come to a head over December.”

Compared to other countries, the UK has a very low total number of hospital beds relative to its population. The average number of beds per 1,000 people in OECD EU nations is five, but the UK has just 2.4. Germany, by contrast, has 7.8.

While overall bed numbers have declined, occupancy rates have been rising. Since 2010, average bed occupancy has consistently surpassed 85 per cent, the level generally considered to be the point beyond which safety and efficiency are at risk.

NHS England figures published last week show that more than 19 in 20 beds were occupied across adult general and acute hospital wards (95.7 per cent) in the week ending 15 January. More than 14,000 beds were taken up by people fit to be discharged but who could not – so-called ‘bed blockers’ – due to a lack of community care being available.

Dr Boyle also said the new NHS England target to see 76 per cent of accident and emergency patients within four hours by the end of 2023-24 is “unambitious” and will create “all sorts of perverse incentives”.

He said the new target will encourage managers and senior medics just to focus on people who can be discharged from hospital without dealing with the main problem of “exit block”, which occurs when patients in the Emergency Department (ED) requiring inpatient care are unable to gain access to appropriate hospital beds within a reasonable time frame.

NHS England announced the new 76 per cent target last month, having not met the old 95 per cent target since 2014. The objective is the first time NHS England has set a specific goal against the four-hour target for several years.

Committee chair, Steve Brine, challenged Dr Boyle to “show his working out” following his assertion over the new year that delays to emergency care were contributing to between 300 and 500 excess deaths a week. The RCEM president referred to a study published in the Emergency Medicine Journal last year, which looked at a NHS England dataset of seven million people.

Dr Boyle said: “They showed that once you get up to five hours [waiting], you start to see an increase in the risk of subsequent 30-day mortality. And it goes up in a linear fashion from about five hours to 12 hours. They stopped at 12 hours because, at the time, there were very few people waiting 12 hours.”

“[We got to the 300-500 excess deaths figure] when you apply that one in 72 figure to the number of people who have been staying in our A&E departments longer than 12 hours,” Dr Boyle said.

He also told MPs that the NHS is “haemorrhaging” senior nurses, comparing them to non-commissioned officers (NCOs) in the army.

When asked how staff are coping in the current situation, Dr Boyle said: “Even before this winter we were concerned about staff retention and morale. Last year, the GMC did a survey of trainees and reported that trainees in emergency medicine had the highest level of self-reported burnout and that it had got worse from the previous year. I’m worried that burnout will lead them to burn away.

“I’m also seeing nurses, particularly senior nurses – they are like the NCOs, the sergeants, they know how to get things done – are leaving in droves. Every time I go into work I’m being asked to sign nurses’ leaving cards. We are haemorrhaging experienced emergency nurses who are unable to do the work they are trained to do.

“They find it immensely frustrating providing all this level of inpatient care, feeling overwhelmed, feeling their registration is at risk because it is so dangerous. They’re finding it extremely difficult and that’s a huge concern for us at the moment.”