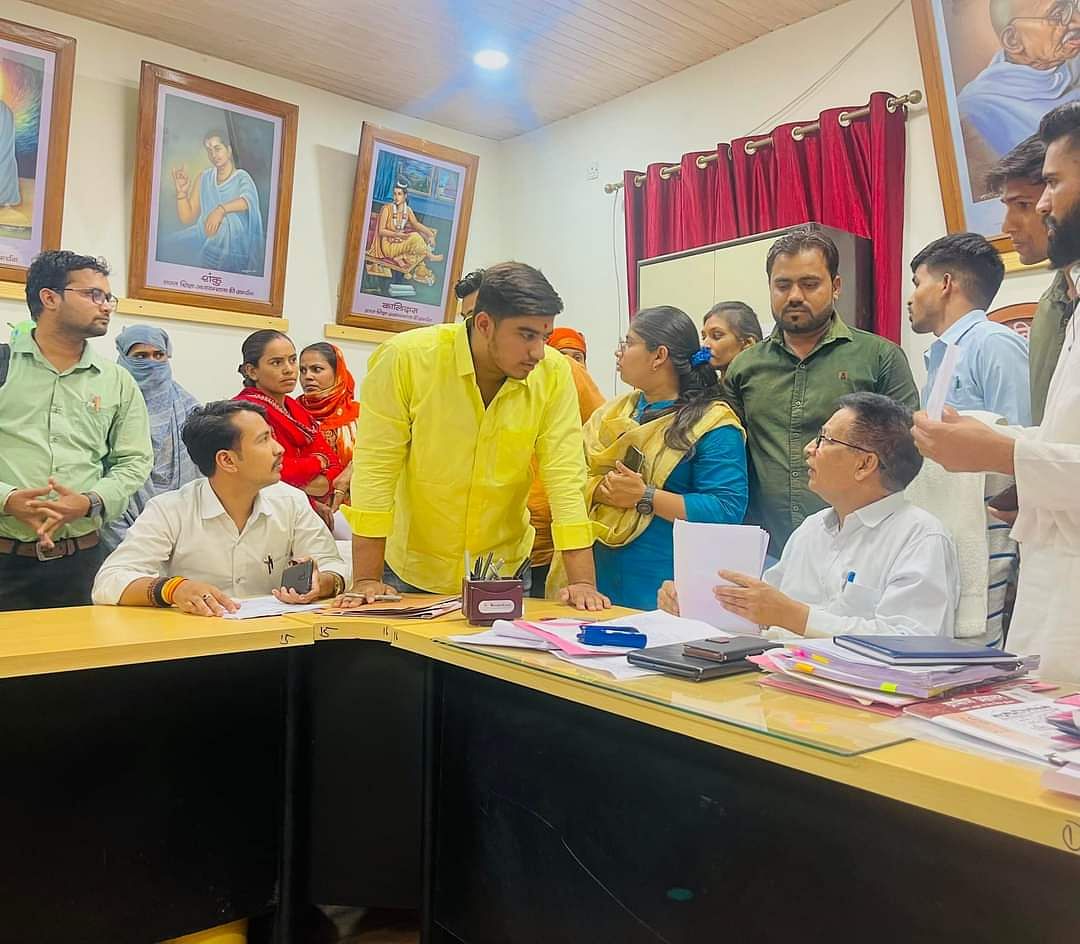 Ujjain (Madhya Pradesh): The alleged irregularities in the B.Ed third-semester results that were declared on April 28 have made the student community angry. The result shows that a large number of students have failed the exam while most of the other students are marked absent.

Akhil Bharatiya Vidyarthi Parishad (ABVP)’s Vikram University (VU) unit president Raj Mehta along with many students handed over a memorandum to the vice-chancellor Prof Akhilesh Kumar Pandey in this regard on Monday and expressed deep resentment over the issue.

While handing over the memorandum to the vice chancellor, the students demanded that the role of every employee including the controller of examinations should be thoroughly investigated in this matter and whoever was responsible for playing with the future of students should be blacklisted from the VU immediately .