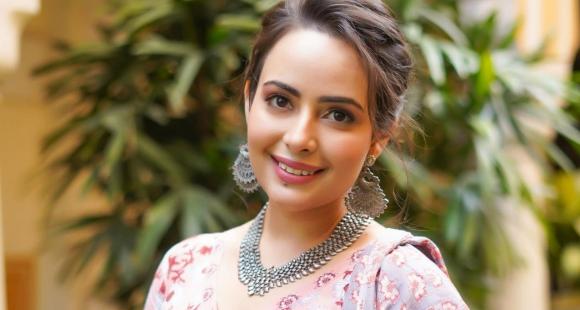 Actress Aanchal Munjal is a well-known name in the industry. The actress has been a part of the television industry for a long time and featured in many popular shows like Parvarrish – Kuch Khattee Kuch Meethi, Bade Ache Lagte Hain, and more. She also went on to feature in some Bollywood films. However, later Aanchal was not seen doing many projects. Though, the actress was up to date on her social media handle as she frequently posted pictures of herself. Now Aanchal has opened up on why she was missing from the big screens.

As per Tellychakkar’s report, in July 2020, Aanchal developed a small boil that kept erupting frequently and before she knew it turned into a 12-inch long, deep sinus inside her body. She got to know about it very late and unfortunately, the doctors were not easily accessible during that time because of the covid situation. Aanchal further shared that by the time she consulted a doctor, it had become major and was supposed to be operated on immediately. She then got operated on at Kokilaben Ambani hospital on December 23, 2020.

Aanchal also revealed that it was major surgery and her doctors advised her to bed rest for 2 months. She said, “For one month, I was supposed to lie on my belly, and not supposed to use my back at all. Sitting was not allowed. It was only in the second month that I could lie on my back. It took 2 months only for the stitches to heal and for me to stand back on my feet.”

Talking about the surgery, Aanchal revealed that it was a 12-inch long, 2-inch deep, 2-inch wide cut and that much flesh was taken out of her body during the surgery. She also said that she gained weight during the healing process because she used to intake healthy food only. Aanchal shared that she was not allowed to do any strenuous activity and due to this she couldn’t go to the gym. Around June 2021, she started doing Yoga to keep her body flexible and from September 2021 onwards she started going to the gym with the purpose to strengthen her body.

During this hard journey, Aanchal chose not to tell anyone about it because as an actor she believes that the show must go on despite what comes in the way. And after surviving the toughest period in her life she is now all set to get back o track. Aanchal’s fans are eagerly waiting for her to announce her next big project.

Meanwhile, Aanchal made her Bollywood debut with We Are Family and later went on to do films like Aarakshan and Ghayal Once Again, among others.