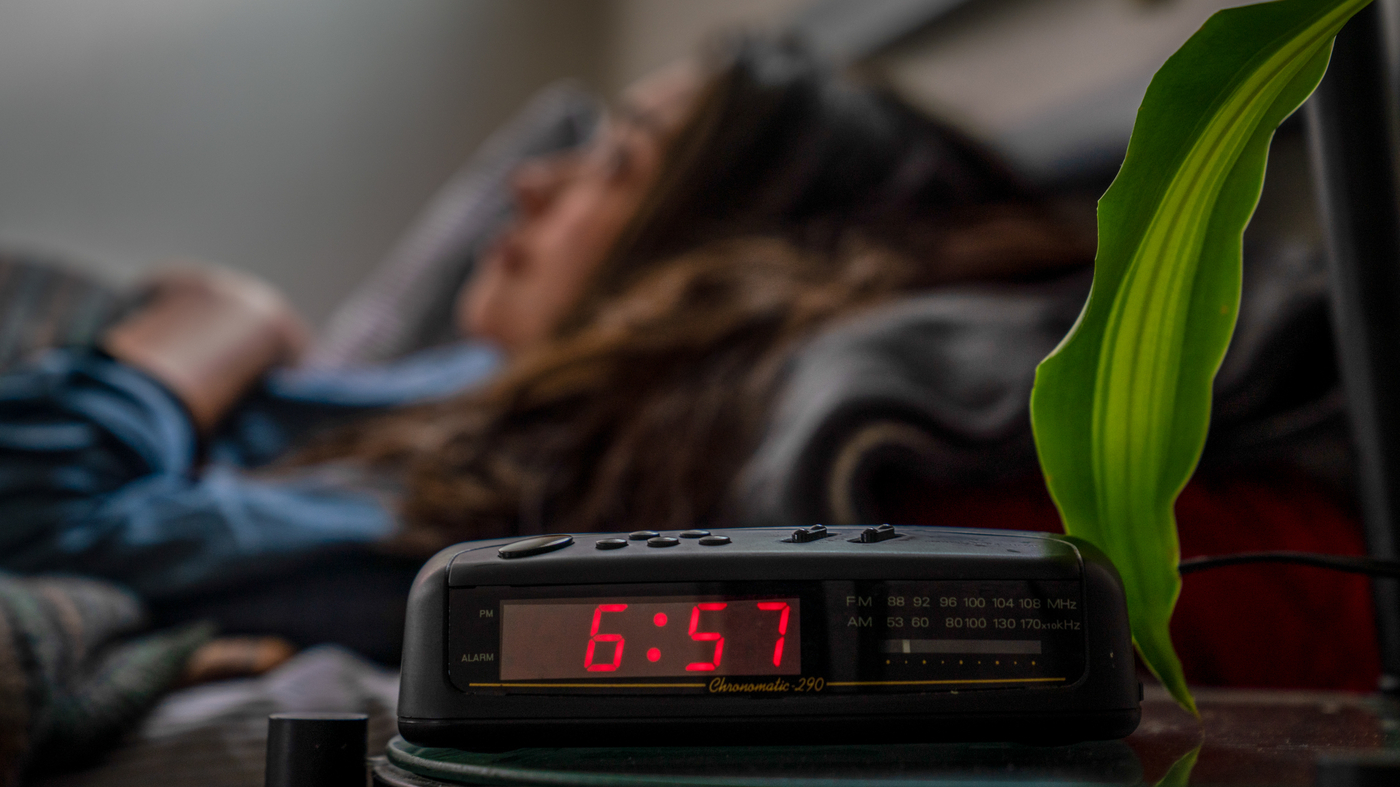 Humans have an elegant and intricate system of internal processes that help our bodies keep time, with exposure to sunlight, caffeine and meal timing all playing a role. But that doesn’t account for “precision waking.”

Humans have an elegant and intricate system of internal processes that help our bodies keep time, with exposure to sunlight, caffeine and meal timing all playing a role. But that doesn’t account for “precision waking.”

Maybe this happens to you sometimes, too:

You go to bed with some morning obligation on your mind, maybe a flight to catch or an important meeting. The next morning, you wake up on your own and discover you’ve beat your alarm clock by just a minute or two.

What’s going on here? Is it pure luck? Or perhaps you possess some uncanny ability to wake up precisely on time without help?

It turns out many people have come to Dr. Robert Stickgold over the years wondering about this phenomenon.

“This is one of those questions in the study of sleep where everybody in the field seems to agree that’s what’s obviously true couldn’t be,” says Stickgold who’s a cognitive neuroscientist at Harvard Medical School and Beth Israel Deaconess Medical Center.

Stickgold even remembers bringing it up to his mentor when he was just starting out in the field — only to be greeted with a dubious look and a far from satisfactory explanation. “I can assure you that all of us sleep researchers say ‘balderdash, that’s impossible,’ ” he says.

And yet Stickgold still believes there is something to it. “This kind of precision waking is reported by hundreds and thousands of people,'” he says, including himself. “I can wake up at 7:59 and turn off the alarm clock before my wife wakes up.” At least, sometimes.

Of course, it’s well known that humans have an elegant and intricate system of internal processes that help our bodies keep time. Somewhat shaped by our exposure to sunlight, caffeine, meals, exercise and other factors, these processes regulate our circadian rhythms throughout the roughly 24-hour cycle of day and night, and this affects when we go to bed and wake up.

If you are getting enough sleep and your lifestyle is aligned with your circadian rhythms, you should typically wake up around the same time every morning, adjusting for seasonal differences, says Philip Gehrman, a sleep scientist at the University of Pennsylvania.

But that still doesn’t adequately explain this phenomenon of waking up precisely a few minutes before your alarm, especially when it’s a time that deviates from your normal schedule.

“I hear this all the time,” he says. “I think it’s that anxiety about being late that’s contributing.”

Scientists get curious — with mixed results

Actually, some scientists have looked into this enigma over the years, with, admittedly, mixed results.

For example, one tiny, 15-person study from 1979 found that, over the course of two nights, the subjects were able to wake up within 20 minutes of the target more than half the time. The two subjects who did the best were then followed for another week, but their accuracy quickly plummeted. Another small experiment let the participants choose when they’d get up and concluded that about half of the spontaneous awakenings were within seven minutes of the choice they’d written down before they went to sleep.

Other researchers have taken more subjective approaches, asking people to report if they have the ability to wake up at a certain time. In one such study, more than half of the respondents said they could do this. Indeed, Stickgold says it’s quite possible that “like a lot of things that we think we do all the time, we only do it once in a while.”

But there was one intriguing line of evidence that caught my eye, thanks to Dr. Phyllis Zee, chief of sleep medicine at Northwestern University Feinberg School of Medicine.

In the late ’90s, a group of researchers in Germany wanted to figure out how expecting to wake up influenced what’s known as the HPA axis – a complex system in the body that deals with our response to stress and involves the hypothalamus, the pituitary gland and the adrenal glands.

Jan Born, one of the study’s authors, says they knew that levels of a hormone that’s stored in the pituitary gland, called ACTH, start increasing in advance of the time you habitually wake up, which in turn signals the adrenal glands to release cortisol, a so-called “stress hormone” that helps wake you up, among other things.

“In this context, we decided to try it out and it actually came out as hypothesized,” says Born, who’s now a professor of behavioral neuroscience at the University of Tubingen, in Germany.

Here’s what Born and his team did: They found 15 people who would normally wake up around 7 or 7:30 am, put them in a sleep lab and took blood samples over the course of three nights.

The subjects were divided into three different groups: Five of them were told they’d have to get up at 6 am; others were assigned 9 am; the third group were given a 9 am wake-up time, but were then unexpectedly awakened at 6 am

The subjects who anticipated waking up at 6 am had a notable rise in the concentration of ACTH, starting about 5 am It was as if their bodies knew they had to get up earlier, says Born.

“This is a good adaptive preparatory response of the organism,” says Born with a chuckle, “because then you have enough energy to cope with getting up and you can make it until you have your first coffee.”

That same rise in stress hormones before waking up wasn’t recorded in members of the group who did not plan to get up early, but were surprised with a 6 am wake-up call. The third group — the one assigned a 9 am wake-up time, didn’t have a pronounced rise in ACTH an hour before getting up (Born says that suggests that this was simply too late in the morning to see the same effect.)

Born’s experiment wasn’t actually measuring whether people would ultimately wake up on their own before a predetermined time, but he says the findings raise some intriguing questions about that phenomenon. After all, how did their bodies know that they would have to get up earlier than normal?

“It tells you that the system is plastic, it can adapt, per se, to shifts in time,” he says. And it also suggests that we have some capacity to exploit this “system” while awake. That idea isn’t entirely foreign in the field of sleep research, he says.

A “scientific mystery” still to be solved

“It is well known that there is a kind of mechanism in the brain that you can use by volition to influence your body, your brain, while it is sleeping,” says Born. He points to research showing that a hypnotic suggestion can help make someone sleep more deeply.

Zee at Northwestern says there are probably “multiple biological systems” that could explain why some people seem capable of waking up without an alarm clock at a given time. It’s possible that the worry about getting up is somehow “overriding” our master internal clock, she says.

“This paper is really neat because it shows that your brain is still working,” she says.

Of course, exactly how it’s working and to what extent you can rely on this enigmatic internal alarm system remains a big, unanswered question. And while none of the sleep researchers I spoke to are planning to ditch their alarm clocks, Harvard’s Stickgold says he’s not ready to dismiss the question.

“It’s a true scientific mystery,” he says, “which we have a lot of.” And as in many fields, he adds, when facing a mystery, it would be arrogant “to assume that since we don’t know how it could happen, that it can’t.”

This story is part of NPR’s periodic science series “Finding Time — a journey through the fourth dimension to learn what makes us tick.”