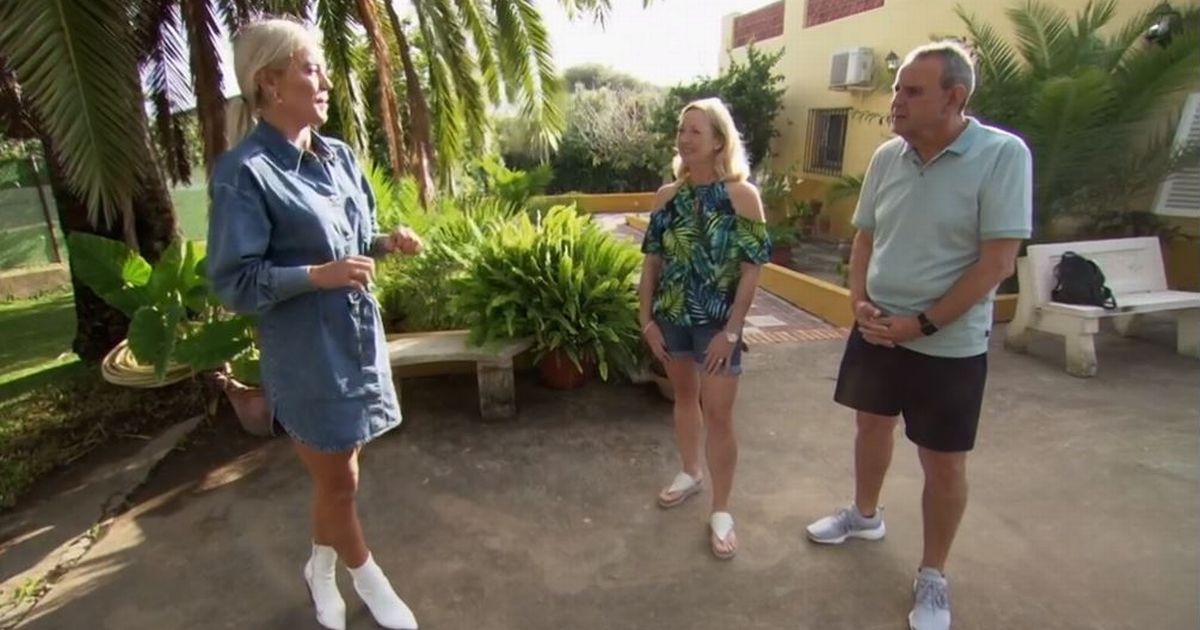 A Place in the Sun viewers were concerned as they spotted a “death trap” in a Spanish home on today’s show.

The couple were shown around five properties on the market as they searched for a new home suitable for their dog Winston and four grown up children to visit. Derek and Jane were impressed by the first property they viewed., which was a four bed villa in Los Gallos.

However, they were less impressed with the next two villas, which prompted Danni to look further afield to the town of Vejer de la Frontera. The detached four bedroom villa was priced at £209,091 and ticked many of the couple’s criteria as it boasted an open plan living room and loads of outdoor space.

Derek and Jane were keen to find a property with an outdoor swimming pool, but were unimpressed by the villa’s raised pool. The couple dismissed the property outright due to the pool – and viewers following the show on Twitter were similarly taken back.

Tony said: “Swimming pool looks a bit of a dive!” Beverly added, alongside an “Ouch” gif: “Imagine kicking yer toe on that pool.”

The couple continued to pursue their search and were impressed by the final home of the programme, which was a three bed villa in Conil de la Frontera. The property was valued at £222,727 at the time of filming, but Derek and Jane were delighted when their £200,000 bid was accepted.