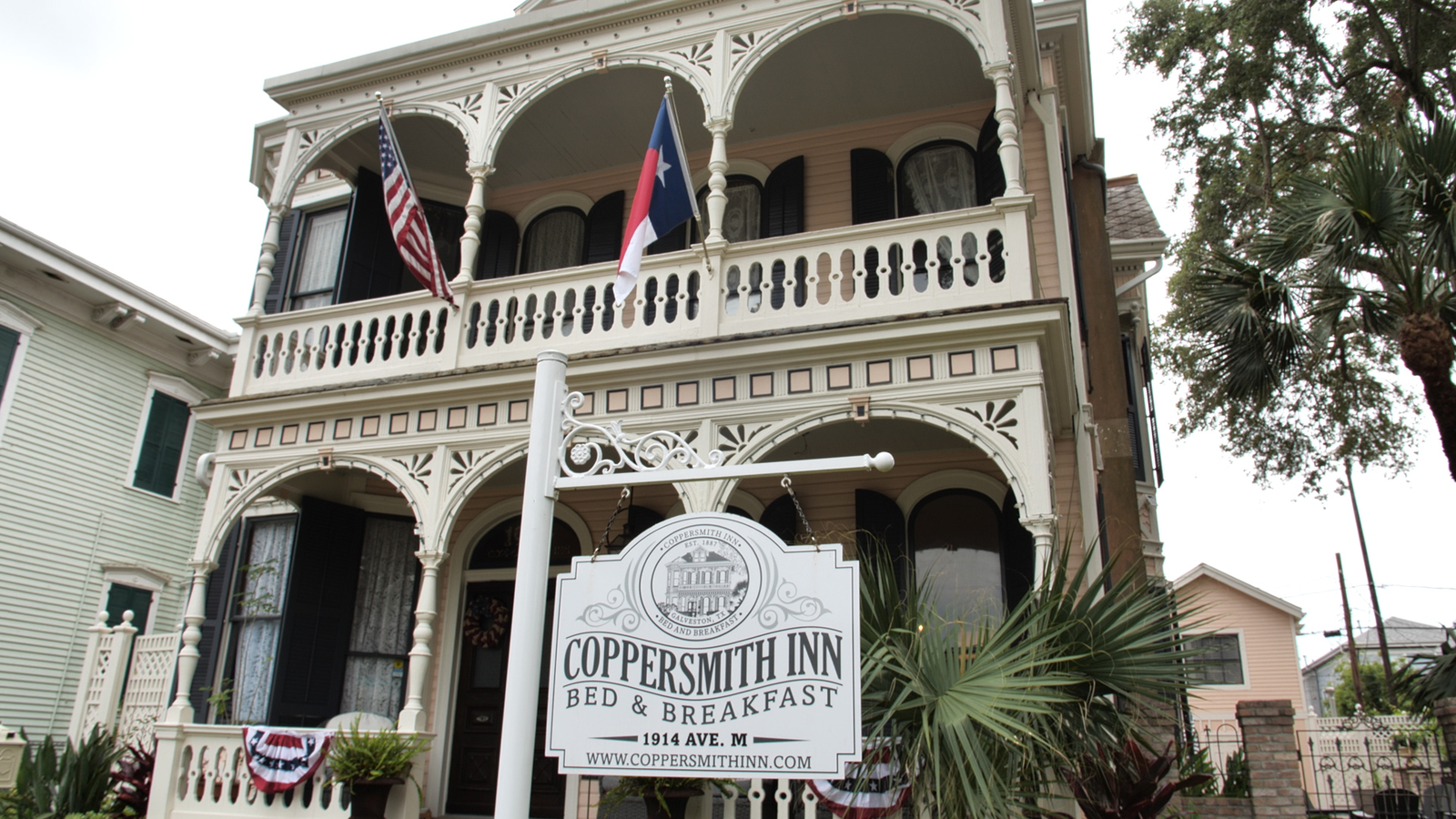 Galveston, Texas– A veteran and her husband blend historic and modern at the Coppersmith Inn Bed and Breakfast in Galveston.

The home was built in 1887 and still has many original features as its survived 136 years of hurricanes. It was built by architect Alfred Muller, who built many famous buildings on Galveston Island. The home changed hands several times before becoming a bed and breakfast in 1994.

The current owners, Theressa and Derick Stonecipher, bought the Coppersmith Inn in October of 2019 and have spent the last few years trying to modernize the amenities of the inn, while keeping some of the original features including the homes rounded arches, the elaborate curved staircase , and some original colored windows. Theressa served in the Navy for nine years before heading to Galveston. She met Derick working at the same place. The bed and breakfast have five guest rooms.