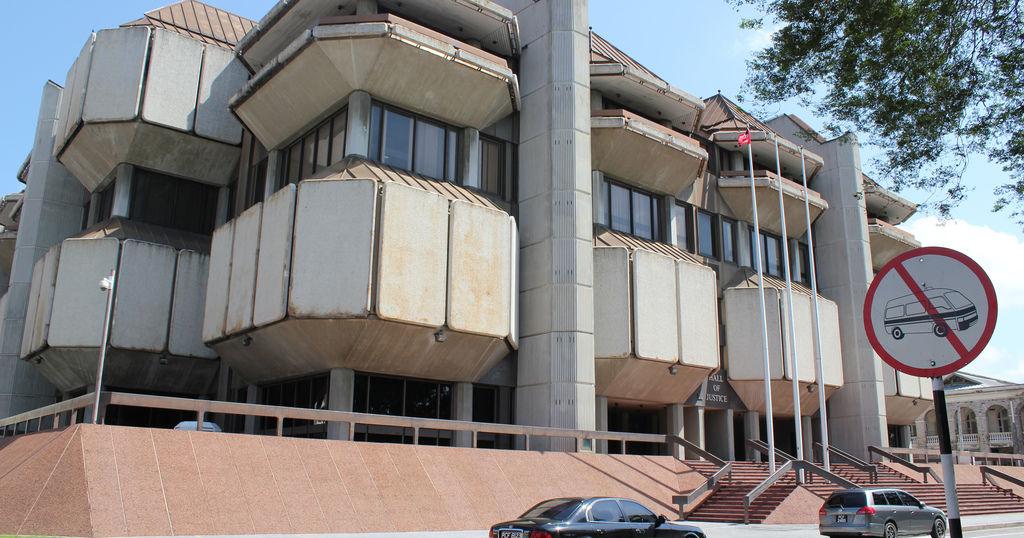 AFTER finding his wife in a hotel room with another man hiding under the bed, an Arima man now has to fork out thousands of dollars to pay the State after his claim for wrongful arrest and malicious prosecution was dismissed yesterday.

Not only did Raun Diaz realize that his now ex-wife was being unfaithful to him, but during the encounter he also sustained a gunshot injury to one of his fingers and was later charged by police with possession of a firearm and ammunition and wounding with intent .

After the charges were laid, Diaz was also made to spend approximately seven months on remand before securing bail. The matters against him were eventually dismissed after the officer who laid the charges, PC Sydney Job, failed to attend court on a number of occasions.

During a hybrid trial before Justice Frank Seepersad yesterday, Diaz had dismissed his claim against the Office of the Attorney General, with the judge also ordering him to bear the State’s legal cost, which is yet to be assessed.

Diaz brought the claim and contended the officers did not carry out a thorough investigation into the incident before charging him. His attorney contended that it was the other man, Lambert Nevins, who was armed with the firearm and shot his client.

Nevins turned out to be his wife’s employer. But at the end of the one-day trial, Justice Seepersad said there were too many inconsistencies in Diaz’s account to police and his testimony at trial.

However, Job, who was also named as a defendant, was unshaken in his evidence at trial, the judge found.

Diaz’s case was that on March 4, 2016, he transported his wife, Ayana Fortune, to Normandie Hotel in Port of Spain, where she was booked for overnight accommodation.

He was informed by Fortune that her purpose for going there was because she had a scheduled early-morning make-up appointment for one of her private clients the following day.

That morning, however, Diaz said he received a text from his wife who informed him that he no longer needed to pick her up at the hotel.

After calling her on the phone, Diaz said he was informed by Fortune that she had secured alternative transportation to Hyatt Regency Hotel, where the make-up job would instead be taking place, before she abruptly ended the call.

Having become suspicious and unable to again contact Fortune on her cellphone, Diaz said he drove to Normandie Hotel, where he was informed by staff that his wife was still at the location but was in the company of another person and did not want to be disturbed .

A call from the hotel was transferred to Fortune’s room and Diaz was able to speak with her. He informed her he was coming to her room.

After doing so, Diaz said he asked his wife who she was with and she said no one. He searched the room but was constantly being invited by Fortune to sit on the bed.

As he did so, Diaz said he felt a “jolt” below him before Nevins emerged with a firearm, he claimed.

Diaz said he was fearful for his life and attempted to take away the firearm from Nevins. However, during the struggle, Nevins, he said, pulled the trigger a number of times, resulting in both men being shot.

Having sustained an injury to his right ring finger, Diaz said he ran from the scene and went to a friend’s home in East Trinidad where his injured finger was stitched back together.

The gun remained in the hotel room and was later handed over to police by Nevins when they arrived at the scene.

It was not until five days later that Diaz went to Belmont Police Station with his attorney Criston J Williams, after learning he was wanted for questioning.

In his ruling, Justice Seepersad said he believed Diaz was the one who was actually armed with the firearm having become suspicious of his wife.

The judge questioned why it was that Diaz decided to drive past Mount Hope Hospital and visit a friend to have his finger mended.

“This is usually something that is usually done by individuals who were shot or injured after being involved in some type of criminal act,” said the judge.

Justice Seepersad also questioned why it took Diaz five days to go to the police station and only after realizing officers wanted to question him.

“A reasonable person who was shot by another would usually make a report as soon as possible and have their attacker taken into custody,” said the judge.

He also pointed out that it was not every time someone had a matter against them dismissed at the Magistrates’ Court that they would be entitled to compensation by the State.

In addition to the matters being dismissed, the claimant also has to prove on a balance of probabilities that the police were acting with malice towards them in bringing the charge.

In this case, there was absolutely no evidence presented to suggest that the police had acted with malice, said the judge.