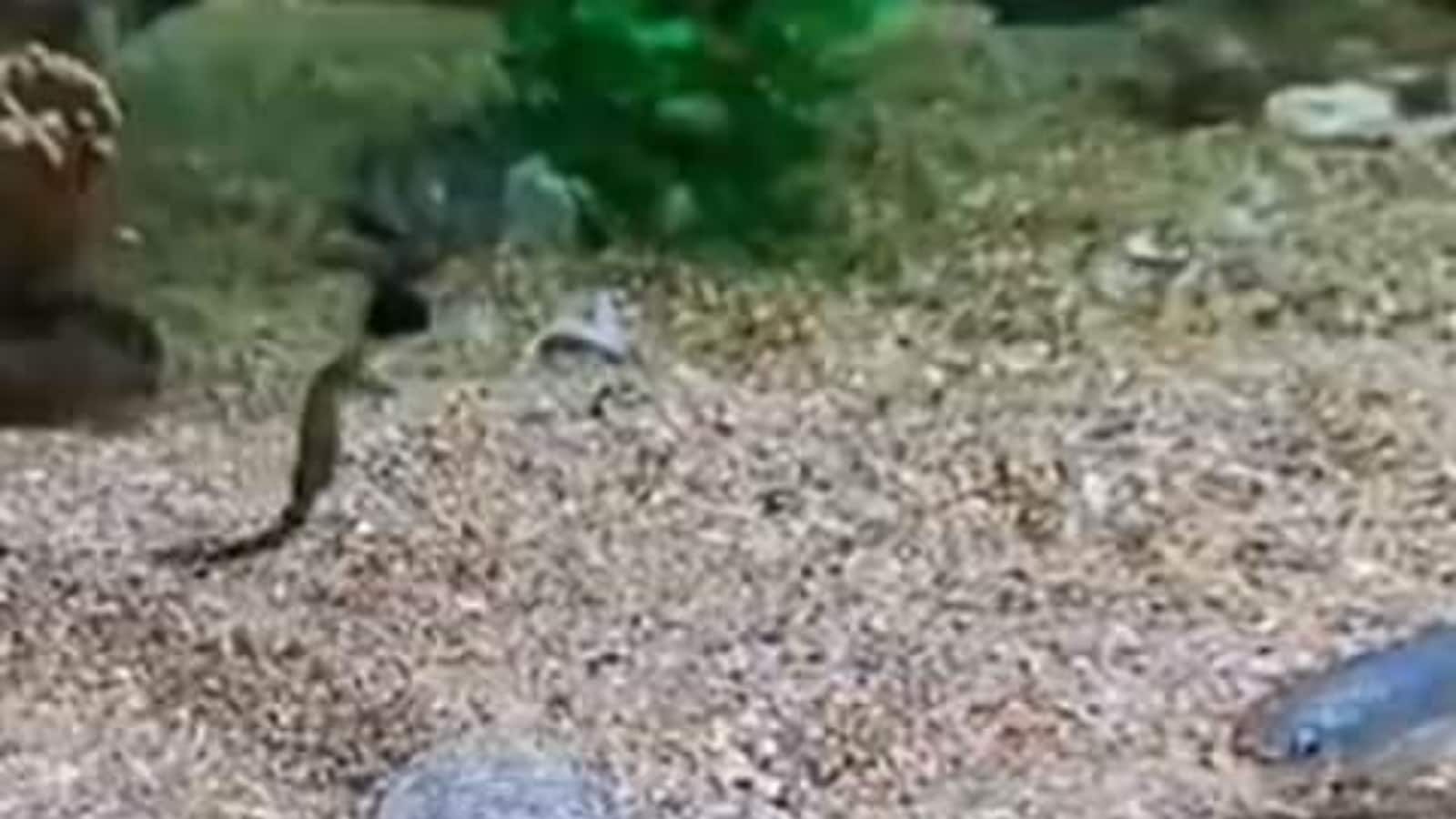 The mysteries of the depth of the sea remain largely unknown as well as intriguing to most of us. The seas and oceans are home to a large variety of aquatic creatures, many of them with distinct abilities and attributes. We all know that some creatures can camouflage themselves, blending perfectly with the environment, to remain near invisible to either approaching prey or to hide from predators. Chameleons and aquatic frogs are known to be adept at it, however, a recent video that documents some creatures living in the depth of the ocean shows us that there are certain fish that can do the same with finesse as well.

Twitter handle TansuYegen is known to share very intriguing videos related to animals and sometimes other interesting stuff. This time, the Twitter handle shared a video of how a bigger fish perfectly camouflaged itself beneath some sand to prey on an unsuspecting smaller fish.

The video could be from the depth of the ocean though some believe it is inside a large fish tank or an aquarium. The location remains unknown. In the video, we first see a sea horse hovering around in the water, close to the bed which is covered in sand.

Soon, a small fish swims into the frame and all of a sudden, we see a much bigger fish emerging out of the sand and swallowing the small one. The astonishing fact is the fish had camouflaged itself so well in the sand, even changing its body color to that of the sand, that it was impossible to spot it before it leapt out.

The video was captioned ‘Perfect camouflage’ and we couldn’t agree more. The tweet has been retweeted more than 12,000 times and people have been left amazed by the mesmerizing ability of the fish. However, some have also been left amused by the indifferent behavior of the sea horse after the smaller fish gets swallowed right in front of it.

Read all the latest news other breaking news here