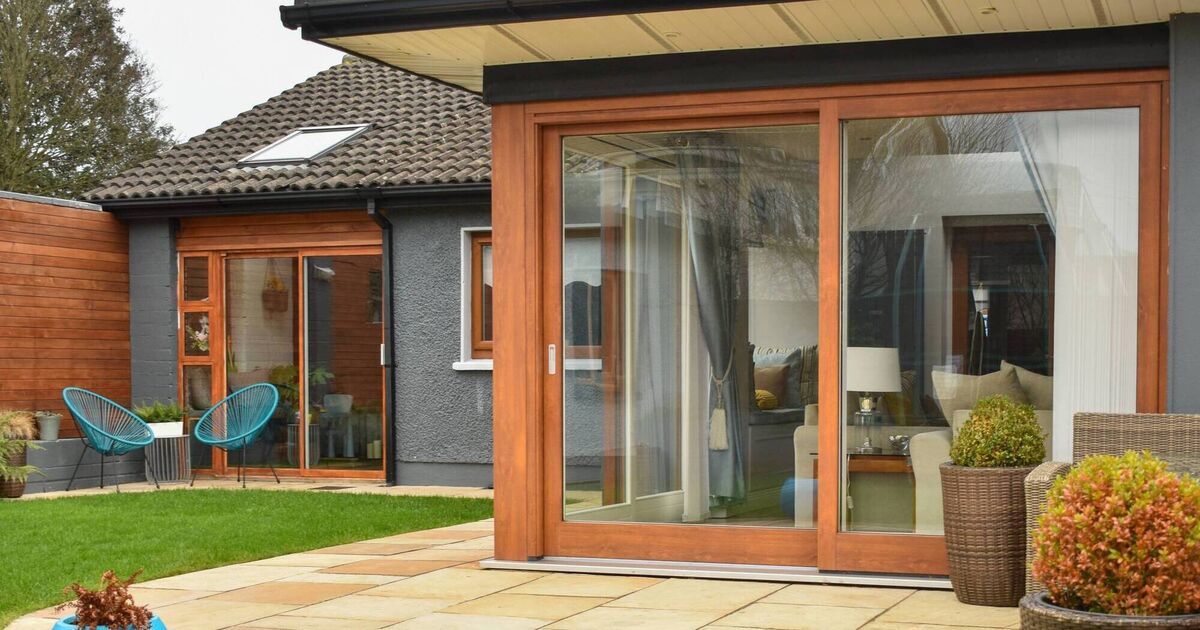 WHEN you see the amount of work and build quality that has gone into this home in Ballyvolane, the question for the seller is ‘why sell?’.

Not only have the owners invested as much and more in their home as they paid for on day one, it is a testament to the skills of the late Seán Nason, a well-known cork maker with special ties to the local family at No. 22 Mervue Crescent.

“Seán was my wife Lorraine’s father and has been deeply involved in our home over the years,” says Anthony O’Callaghan.

“He sadly passed away a few years ago, but his touch is everywhere we look.”

These touches helped transform a boring three bed semi house into a one of a kind home. What started as a 71m2 plot is now 152m2. The size is increased with a rear annexe and a side annexe of 19m² and 22m² respectively, increasing the ground floor to 112m² while the ground floor adds an additional 40m².

“Every year since we bought the house, something has been done to it,” says Anthony.

They bought in 2011 and got the keys the week of their wedding in August. No. 22 was not in good shape.

“My late father-in-law gutted it. He took it down to the bare bricks.

“Some walls were knocked down and the ground floor was made more open when we added the architecturally designed rear extension.

“We bought it for €160,000, which was a fantastic price, but we put absolutely the same amount and more back into it,” says Anthony.

The rear annex has glass walls on two sides with floor to ceiling sliding doors that open the corner of the room onto a sandstone terrace.

It is a light and airy space with high ceilings and a beautiful picture window which the owners have made the most of by installing a window seat. Sales agent Joe Organ says this lounge “has an ultra-modern feel, with the corner opening bringing the inside out and the outside in during the summer months.”

In winter, a recently installed wood-burning stove – one of three in #22 – provides coziness.

The side extension creates even more possibilities, independent of the weather. It is an indoor/outdoor space, the result of a converted garage made safe for children to play by lining the floor with rubber tiles.

At the end of the garden there is a mirrored wall and a small seating area with artificial grass and even an indoor swing for the kids, eight year old Joshua and five year old Pippa.

“The side annexe, which includes a utility room and storage units, is a real multipurpose space, and the backyard room with the swing will be the hardest to vacate,” says Anthony.

The garden itself is expertly landscaped, surrounded by cedar paneling, all installed last year, and features an integral mirror.

The couple are keen gardeners and Anthony says it’s “absolutely phenomenal in the summer”. His favorite spot is under the clematis covered pergola at the end of the garden.

There is further paving – enough for a seat or two – outside the side extension to catch the evening sun.

Raised flower beds and expertly selected trees and shrubs complete what is truly a very pretty and private picture, with space for a trampoline and garden shed as well.

While most of the eye-catching work is at the back, the front of the home has also been beefed up. A lockdown project was to paint the original red brick black to create a very distinctive facade with garden walls to match. With black exteriors that are trending hot, it makes a very strong visual statement.

“My wife raised an eyebrow at me when she saw the black color, but it looks really good and stands out,” says Anthony.

Back inside, at the front of the property is a living room and games room leading off the kitchen.

The kitchen is open plan to the dining room which in turn opens to the rear living room via double doors.

Upstairs are three bedrooms and the family bathroom and above that the attic has been converted into a bright and cozy study.

As Anthony says, the house was a never-ending project and there are even plans for further renovations – should new owners be interested – as there are two active building permits. The first of these is valid until the end of the year, the second expires in two years.

“This would also allow you to bring the kitchen out into the garden and add bedrooms,” says Anthony.

It was a difficult decision to sell but they are a family with an adventurous spirit.

“We’re playing with a few options — we like the idea of ​​a single family home with more bathrooms,” says Anthony.

However, you will miss the comfort of living very close to the city, in an area with many shops, schools and bus routes.

They will also find it difficult to leave a home with such a strong family influence.

“Whoever buys No. 22 is going to have a fantastic, solid family home,” says Mr. Organ.

VERDICT: Attractive prices for a home that’s head and shoulders above your standard Semi-D