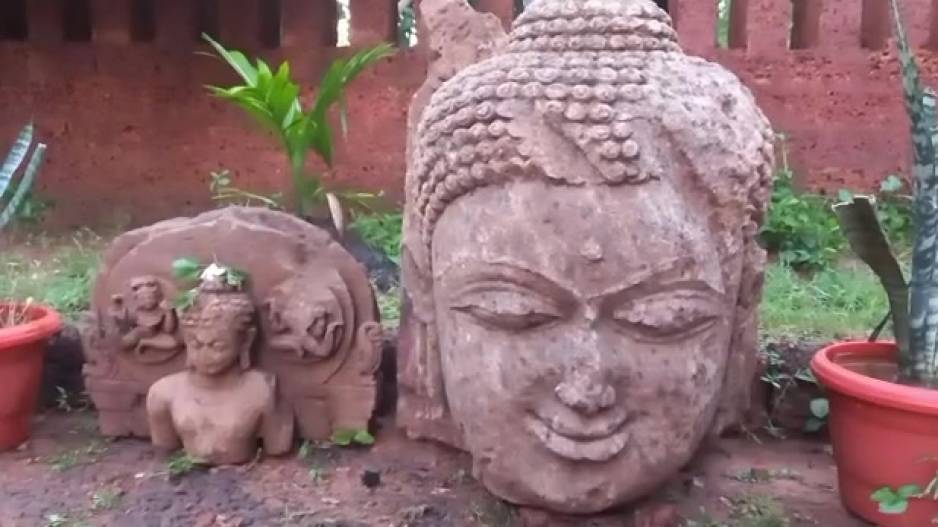 Two ancient idols of Lord Buddha were recovered from the Baitarani riverbed in Bhadrak district by locals on Monday while they were doing sand lifting work.

Pritam Mohanty, a native of the village of Mudhipada under Bhandaripokhari, reportedly found the two ancient sculptures with one of his roommates while he was lifting sand from the river bed. Pritam took the collection and kept it in his home.

However, after learning of the discovery, Biswambar Rout, a member of the Indian National Trust for Art and Cultural Heritage (INTACH) and researcher at a local museum in Buddha / Boudha Vihar, received the idols of Mohanty and later donated them to the local museum .

“The two idols came out of the river bed when we were digging sand with a machine. I kept them at home. I later informed Biswambar Rout and gave him the sculptures, ”said Pritam Mohanty.

Meanwhile, Biswambar Rout said, “It is indeed a proud moment for all of us when the old idols were discovered on World Tourism Day. After being informed of the discovery, I went to his (Pritam) house to inspect the idols. I gave them to the local museum to ensure their proper preservation. “

Meanwhile, people from all over the region crowded the museum to witness the rare discovery.

According to the preliminary study of the two idols, one with the head is Harsmukh Buddha, while the other is Gajmukh Singhasan idol of the Buddha goddess. In the second idol, missing the lower part, the goddess was seen sitting on a throne flanked by two Gandharvas on either side, holding garlands in their hands.

It is speculated that both sculptures date from the 8th century. The researchers have also stated that the idols are made of Khondalite stone and they firmly believe that it belongs to the era of Bhaumik Sashan in Boudha Vihar in Solampur.

Meanwhile, locals have pushed for more research on the ancient and rare idols so that more related theories can be discovered.