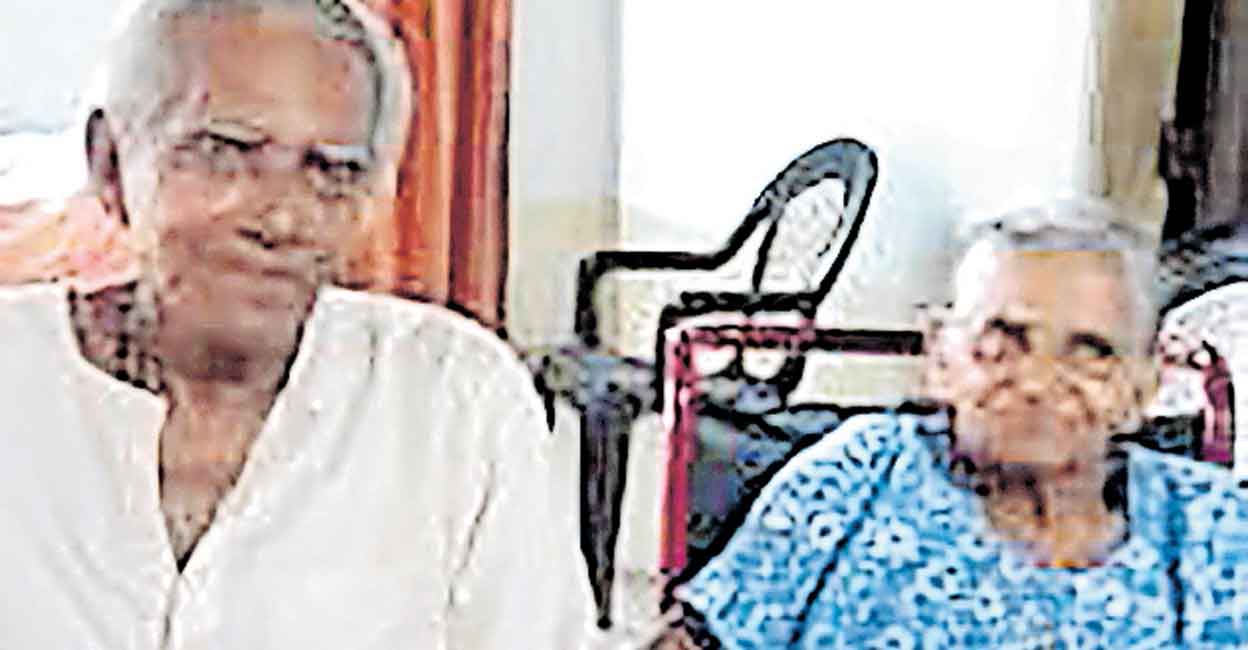 Kuttanad: An 80-year-old man killed his bedridden wife before taking his own life.

The dead were identified as Joseph (Appachan), 80, and Leelama, 75, from Kainakary village in Alappuzha district.

Neighbors found Appachan’s body hanging from a tree near the house Sunday morning. When they subsequently conducted a search, Lelamma was found dead in the house.

A police squad from Nedumudy Police Station arrived at the scene and took the bodies to the morgue of Alappuzha Medical College. Leelama had been bedridden for 10 years and Appachan was a cancer survivor.

The couple have six children and occasionally visit their parents. Although they wanted their parents to be with them, both declined to move out, relatives said.

The suicide note, found by police at the scene, says isolation and illness were the reason for the extreme move.

The exact cause of death will only be known after an autopsy, the police said.